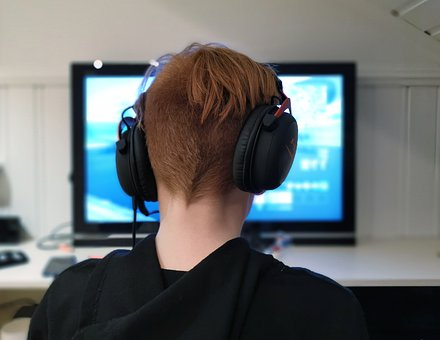 Gaming has experienced tremendous growth especially since the breakout of the Coronavirus pandemic. Staying at home is easier when you have a game to play. However, video games were popular before that and will continue to be so. Whether it has been a while before you play video games or you play every day, it is always fun to sit on the couch and turn on the console. Thanks to the internet, you can now play games online with your friends and even strangers from far away lands. The best video games today will have online capabilities.

The following are the seven best games that you can play right now:

Fortnite is a game that has been popular for a long time now and continues to be. It is an interesting role playing game (RPG) that will definitely engage you. You may find that hours go by playing the game even when playing alone.

As far as Fortnite phases are concerned, the Battle Royale is the most popular one according to fans. The big finale of the game consists of such a high intensity that it might take your breath away while you press buttons seated on a couch.

Moreover, the game has incredible graphical details that make all elements of the game come alive. It is especially so for the combat scenes in the game.

Fortnite is definitely one of the most addictive games in the industry right now. The hours of play are evidence enough of the popularity of the game.

The best part is that you can enjoy the game whether you are playing alone or with friends.

FIFA by EA Games is by far the most popular sports video game on the planet. It is played by people who might not even be fans of football or soccer.

As most players will attest, FIFA is an addictive game that can make you a couch potato. Though you can play online with other players, battling your friends in person is the best. The emotional roller coaster is simply amazing to witness.

The best part about playing FIFA 21 is that you can play a variety of game formats. You can play individual games, enter a league or play in a tournament.

You can also use your headphones and have a chat with everyone in the tournament. The trash talk is usually spectacular and can rival the game’s action.

FIFA 21 is the best installment of the game yet with improved gameplay and fantastic graphics.

Playerunknown’s Battlegrounds also called PUBG is a game that you can get for free. All you need is to ensure that your computer has the necessary system requirements for the game.

It is a Battle Royal game that is eerily similar to Fortnite. All you have to do is go to  install-game.com and that’s all. You can play it on any PC as long as it has Windows 7,8 or 10.

The aim of the game is to fight to be the last one standing. You can set up surprising ambushes and pull off mesmerizing attacks on your opponents.

The gunplay in the game is extraordinary and will certainly excite any gamer. You have many alternatives to choose from to suit the scene in which you are playing.

You will play the main character of Eivor who is a Viking warrior. Your mission will be to establish a new home for your clan. Sounds simple enough, right? Wrong.

You will have to navigate through several warring kingdoms, assassinate highly placed targets and fight against vicious Saxons to take over their lands.

You can play the game on PS5 and can even stream the gameplay. Assassin’s Creed Valhalla has incredible graphics, smooth gameplay and a great story line.

It is a game you simply have to get your hands on right now.

If there ever has been a sequel worth waiting in gaming, it is Devil May Cry 5. Its predecessor, Devil May Cry 4 was released eleven years before the latest installment.

You play the game as three supernatural heroes named Dante, Nero and V. You then get to fight gruesome monsters using a combination of guns, swords and other platforms.

The gameplay is extremely satisfying and involves accumulating higher combinations. When you do, the game’s soundtrack changes to reflect your success.

The Ghost of Tsushima is much like the Assassin’s Creed franchise and is a fantastic action/stealth game. One of the differences is that the game is based on real life history.

You play the role of a Samurai named Jin Sakai who is fighting the invasion of Japan by Mongols in the 13th century. The combative element of the game is superb as you can use a combination of techniques, strategies and gadgets.

What sets the Ghost of Tsushima apart from other open world adventure games is the sword fighting which is incredible. However, you will also have to rack your brain as there are puzzles to be solved and skills to learn. 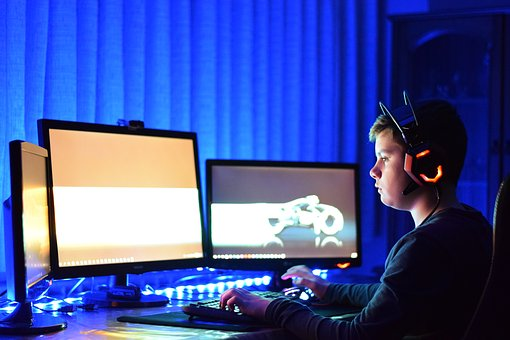 God of War is a gaming franchise that has long been held in high esteem by most gamers. After a five-year absence, they returned with one of their best games yet.

Instead of a raging warrior destroying everything in his path, Kratos is now a parent who balances fighting with providing for his son. Another difference the new installment has with other installments is that Kratos is in Scandinavia instead of Greece.

The new elements of the game give a fresh take on a storied series. However, the gameplay is as exciting and satisfying as ever.

There are many video games that you can play right now, especially role playing games. The games above are seven of the most exciting ones you can play. They offer incredible gameplay as well as challenge your mental faculties. You can hardly go wrong with any of the games.