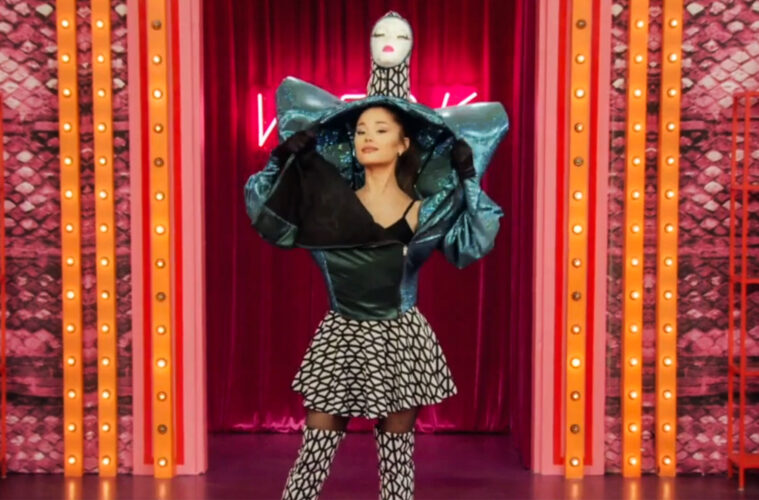 In the words of Ariana Grande on last night’s episode of  RuPaul’s Drag Race, “Mother has arrived!”

Last night, RuPaul‘s DragRace season 15 was aired. The ‘Dangerous Woman’ singer revealed on Instagram in December that she would join the new queens as a guest judge, needless to say, this causes an intense amount of hysteria. 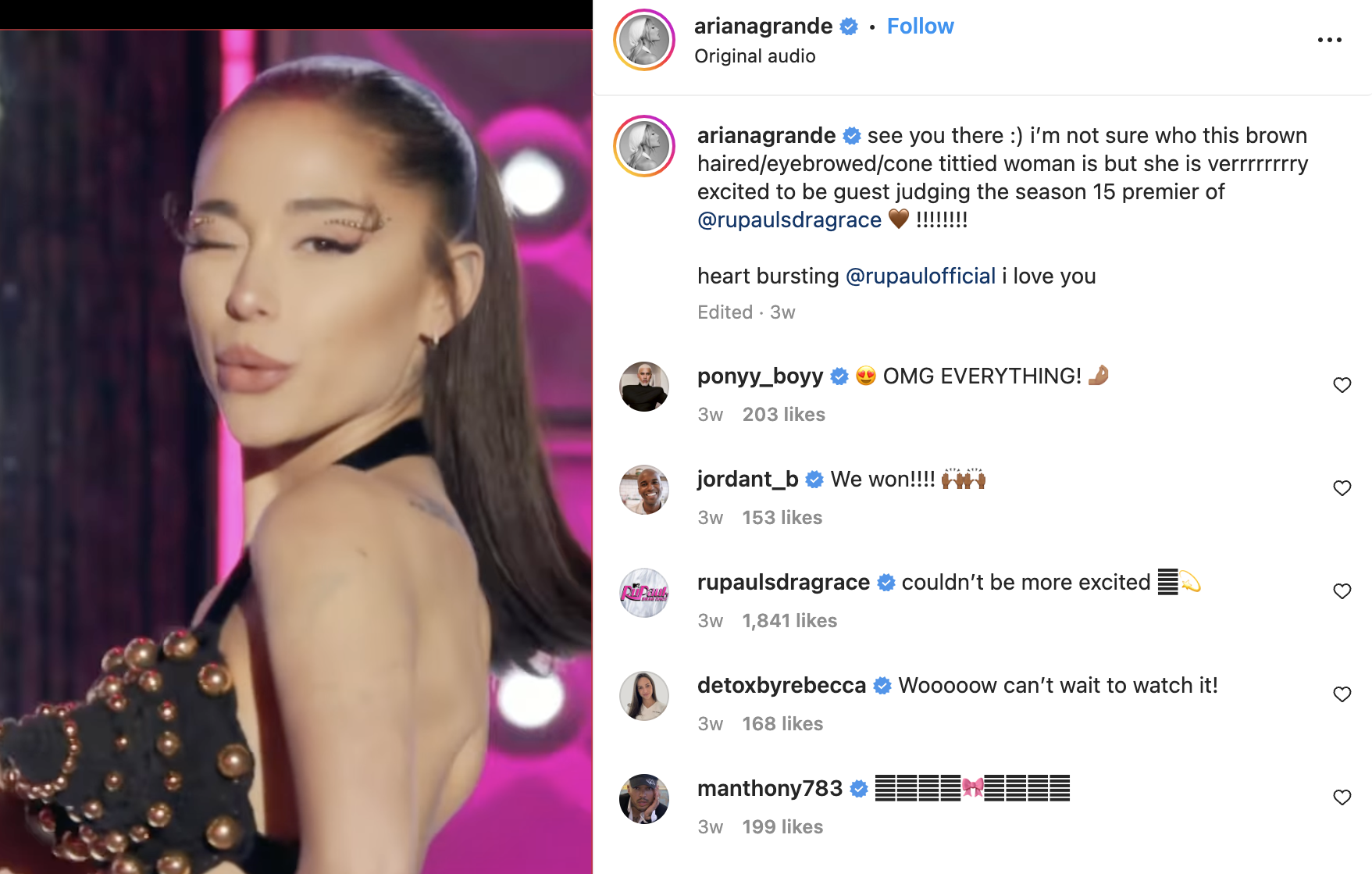 In the last night’s episode, she revealed to the new queens how she experienced season 7 as a judge, “I had just come from shooting the “Bang Bang” video the night before and I was so drained.” She goes on to say, “It was just such an overwhelming time in my life and I felt like I wasn’t really fully present for it.”

Viewers got to hear some words of encouragement from Ariana,

“Remember to take care of yourself and be present, because it’s just such an amazing moment and all your lives are changing for good forever.”

Since the lockdown, Ariana has been under the radar when it comes to her public presence. She has since launched a beauty brand called ‘R.E.M Beauty‘ which has done numbers. But as for music, nothing has been revealed that she will make a return.

She is currently rehearsing for her role in the upcoming movie musical, ‘Wicked’, playing the role of Glinda.

Although we have no news on any new music plans for the year, at least have seen some cute pics from Instagram of Ariana and the cast.