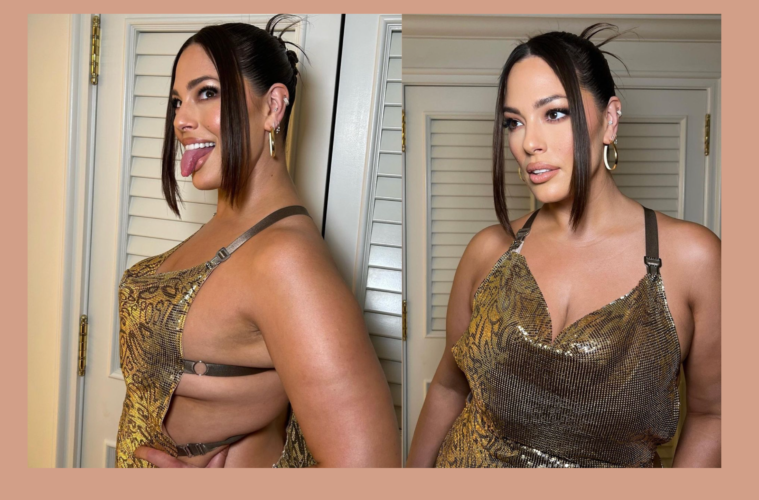 Ashley Graham is speaking out after a tweet went viral accusing her of taking “fat positivity” too far.

Model Ashley Graham is speaking out to address a tweet that went viral citing her for taking “fat positivity” too far.

Twitter user and journalist, Sameera Khan, came under fire recently for sharing a now-deleted post featuring two pictures of Ashley Graham in a gold dress with the caption: “The fat positivity movement is getting out of hand.” 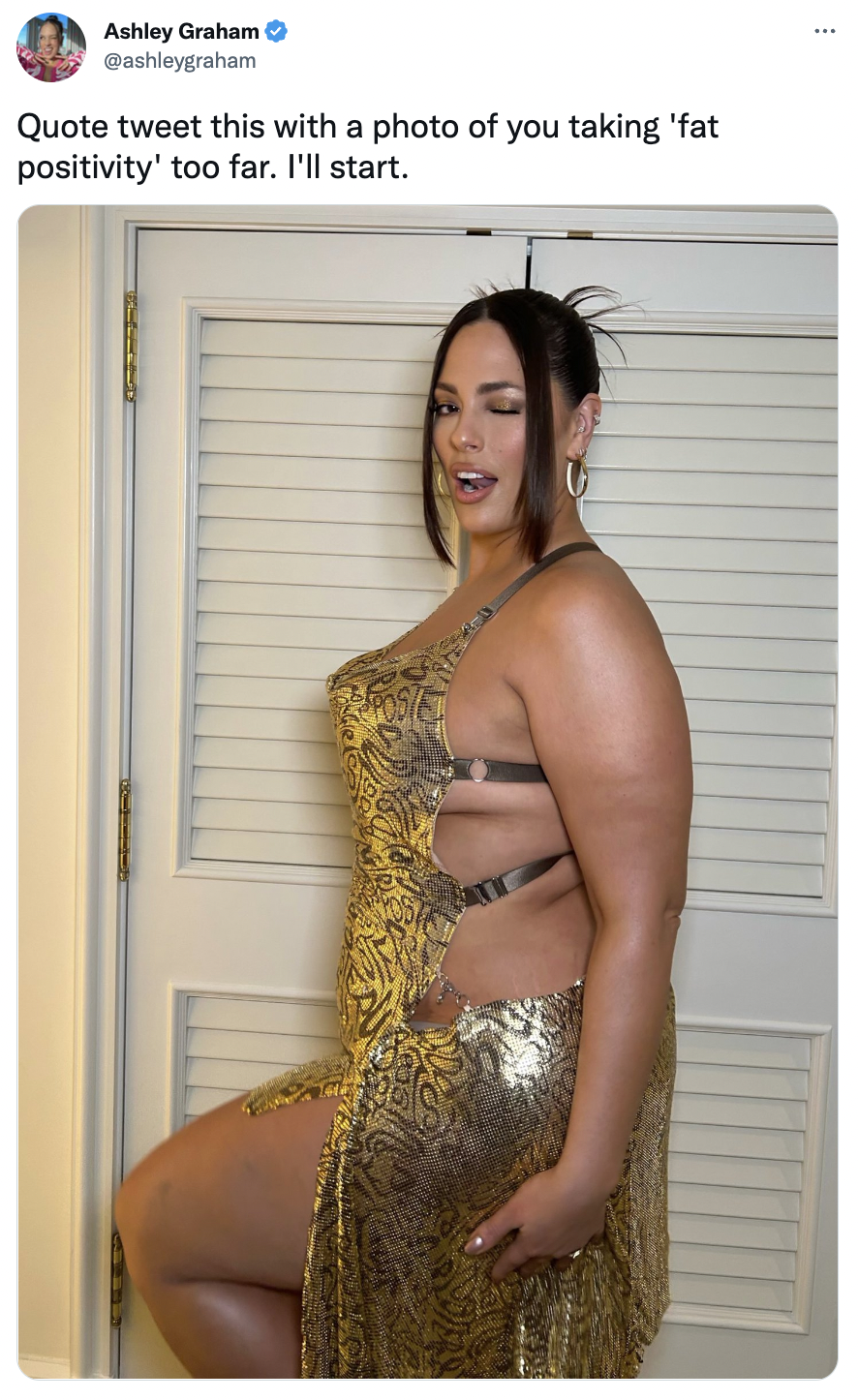 Graham is a body-positive icon, in which the model is known for championing size inclusivity both on and off the runway.

Twitter users came to the model’s defense in their replies to Sameera’s post. Check out this example from a user below praising Ashley as a “goddess” and denouncing Khan for bringing down “other women for their looks.” 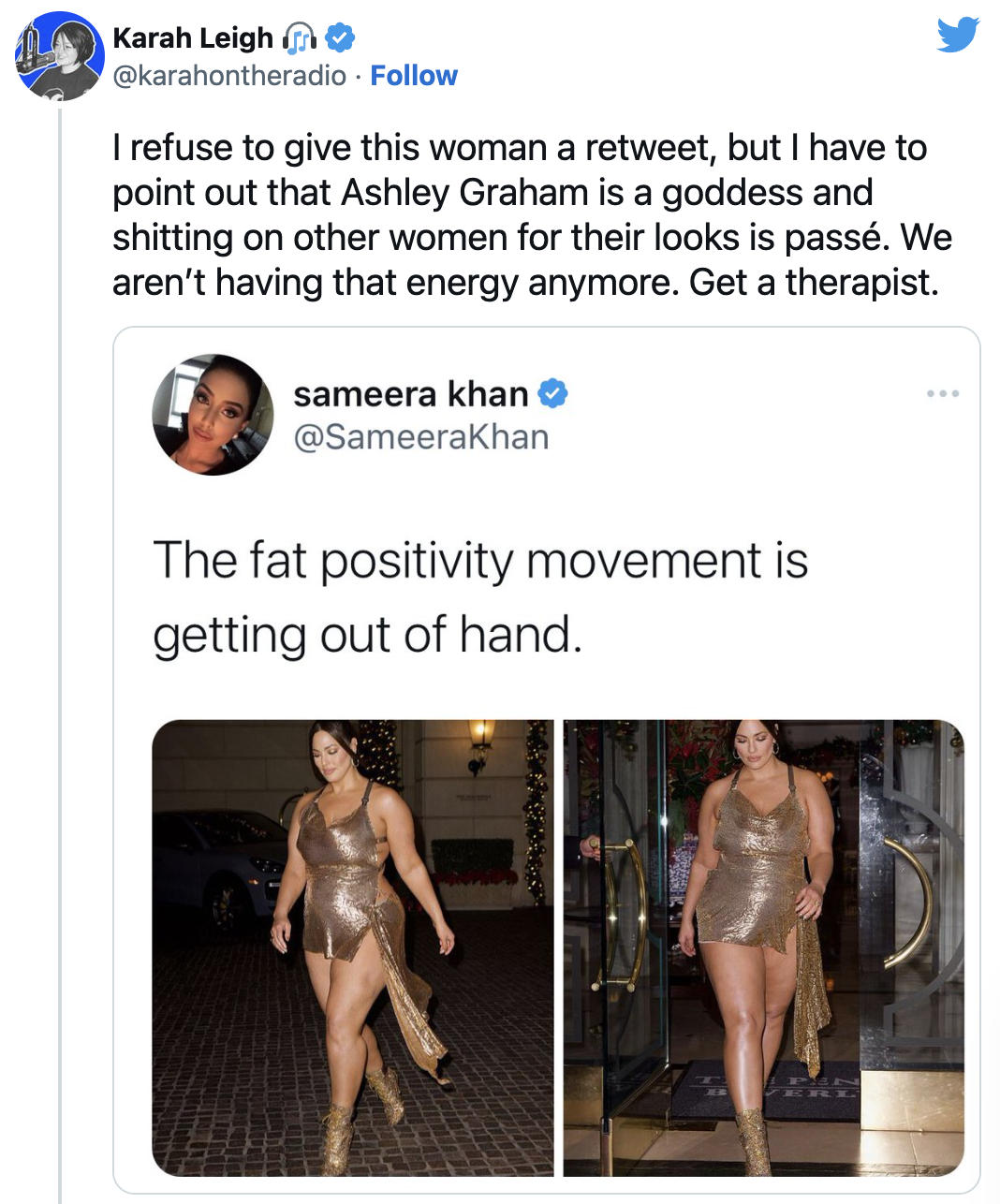 Sameera has yet to publically acknowledge or respond to Ashley’s latest post.