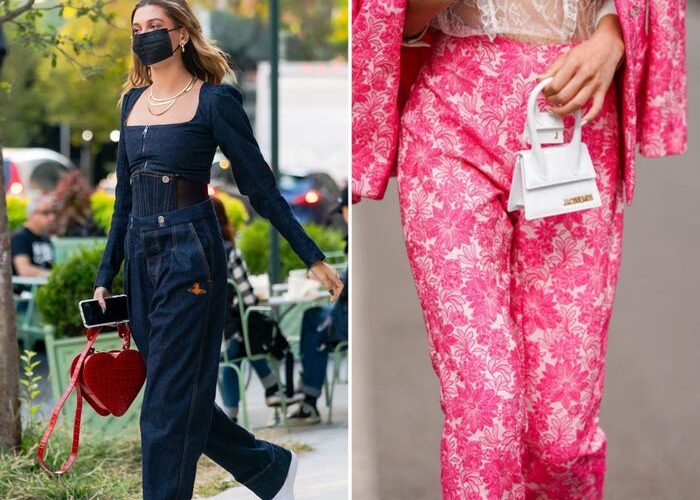 Red carpets were back this year, and celebs didn’t hold back when it came to making up for lost time with their fashion. From the stars who had style home runs at the Met Gala, to the models and actresses who stepped out at awards shows in their best glam looks, 2021 was packed with epic outfits.

While some nailed it with their most stylish looks yet, others took some daring fashion risks that didn’t always pay off. Luckily, we’ve rounded up the best and worst looks from the year to reminisce on as we head into 2022.

Here are some best and worst celebrity looks of the year, 2021: 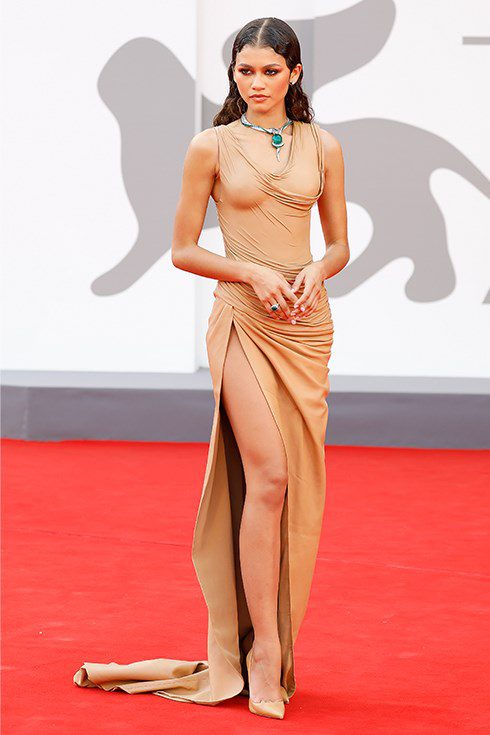 Zendaya at the Venice Film Festival:

Zendaya always slays the red carpet, and this year she absolutely stunned at the premiere for Dune at the Venice Film Festival. The gown was sculpted to fit her perfectly, and combined with a Bulgari necklace, there was no doubt that she killed this look. 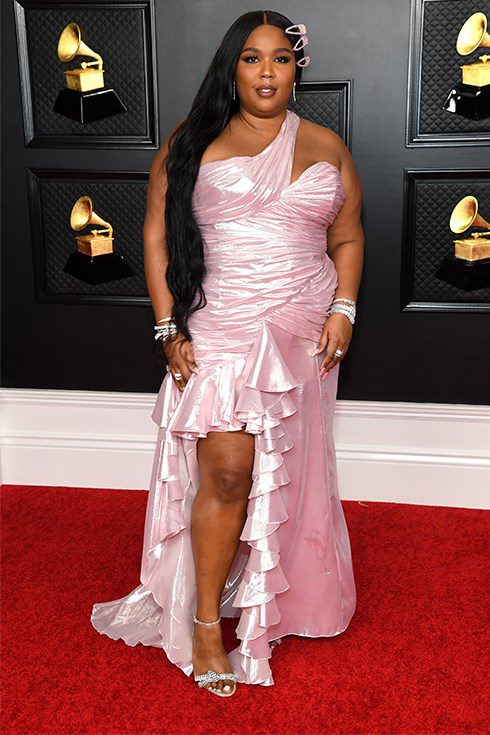 Lizzo’s gorgeous Grammy dress gave us elegant mermaid vibes, and we love how she accessorized it with barrettes and matching grills. The look was the perfect outfit for the awards show, being equal parts fun and glamourous. Plus, it fit her perfectly, and the shiny fabric added a touch of whimsical sparkle. 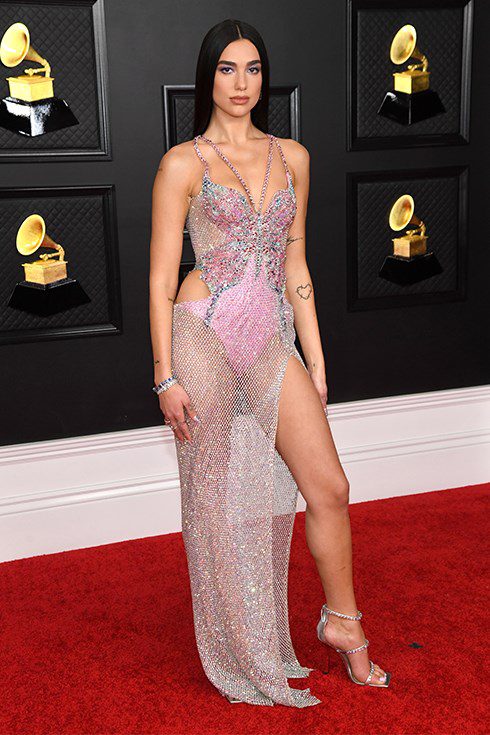 Dua proved Y2K was back this year with her stunning Versace gown. From the beading to the butterfly, it was the perfect look for the awards ceremony and to highlight her Future Nostalgia era. Her makeup also complimented the playful pink in the dress. 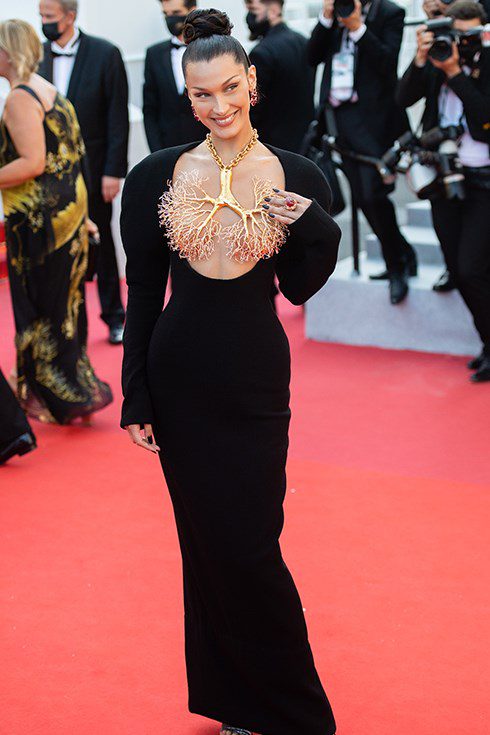 Bella shut Cannes down in this epic Schiaparelli gown with golden lungs. We wouldn’t be surprised if he becomes the next go-to designer for all the celebs looking to make a statement in 2022. 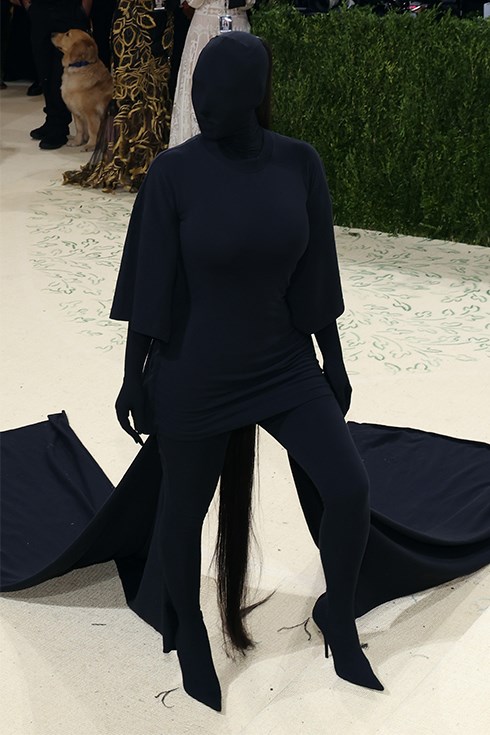 To this day, we’re still shaking at Kim K’s shocking all-black Balenciaga ensemble. As much as we didn’t love the look, it did give us some of the best memes of the year, and it definitely was dramatic considering we’re still talking about it several months later. 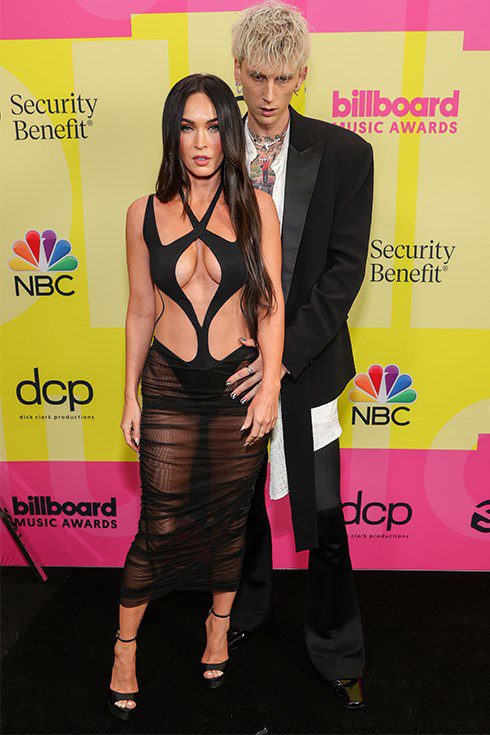 Megan has had some amazing looks this year, including her gorgeous red Met Gala gown. But we wish she and MGK would have gone for something more simple and less gothic at the BBMAs. 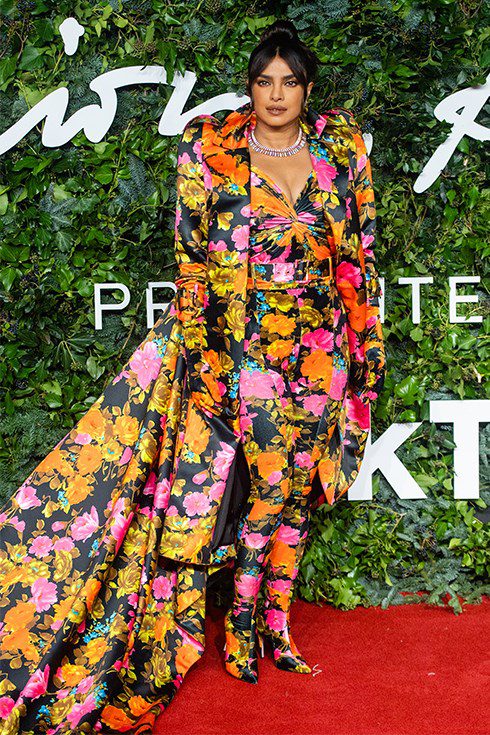 Priyanka Chopra at the 2021 Fashion Awards:

This floral look could have maybe been cute if it was only the jumpsuit; however, the cape is so bulky that it’s overwhelming Priyanka. We also think she could have skipped the necklace if she was going for such a bold print.

For more, check out Slice.