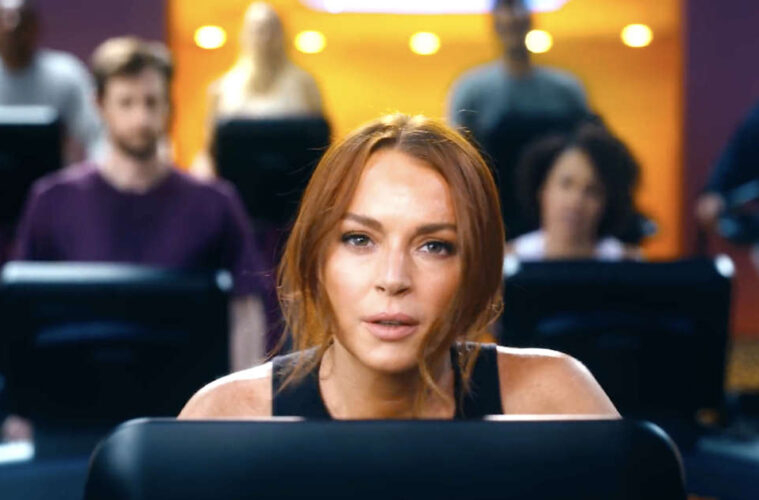 Lindsay Lohan recently shared that she is now a married woman! To celebrate this news, here are some of her memorable outfits.

Here’s the tribute Lindsay wrote for her husband Bader Shammas. “I am the luckiest woman in the world. You found me and knew that I wanted to find happiness and grace, all at the same time. I am stunned that you are my husband. My life and my everything. Every woman should feel like this every day.” Shockingly there aren’t many details about Lindsay’s wedding, as the venue, location, and date remain undisclosed.

Here at HOLR we’re happy that our favourite child star is married. However, the mere mention of Lindsay’s name unleashes major nostalgia. This is why we thought we’d take a look back at some of Lindsay’s past fashion looks from throughout her career!

Lindsay sat down with Vogue to reminisce on her fashion from the past. 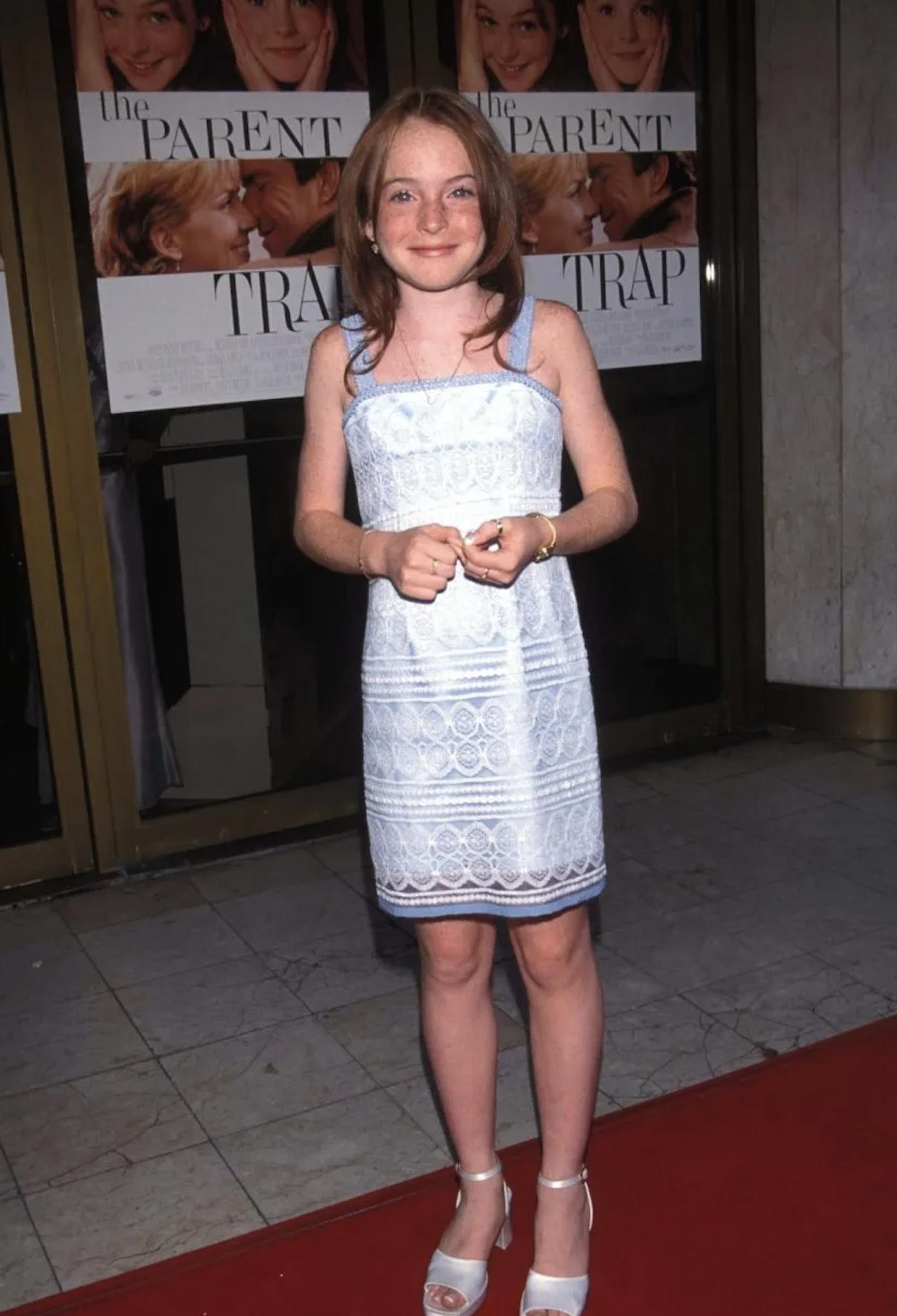 In 1998, Lindsay wore a Nicole Miller dress to the premiere of one of her iconic Disney movies, The Parent Trap. Lindsay even says that her mother still has this dress at her home. Lindsay looks like the child star so many of us remember her as here. 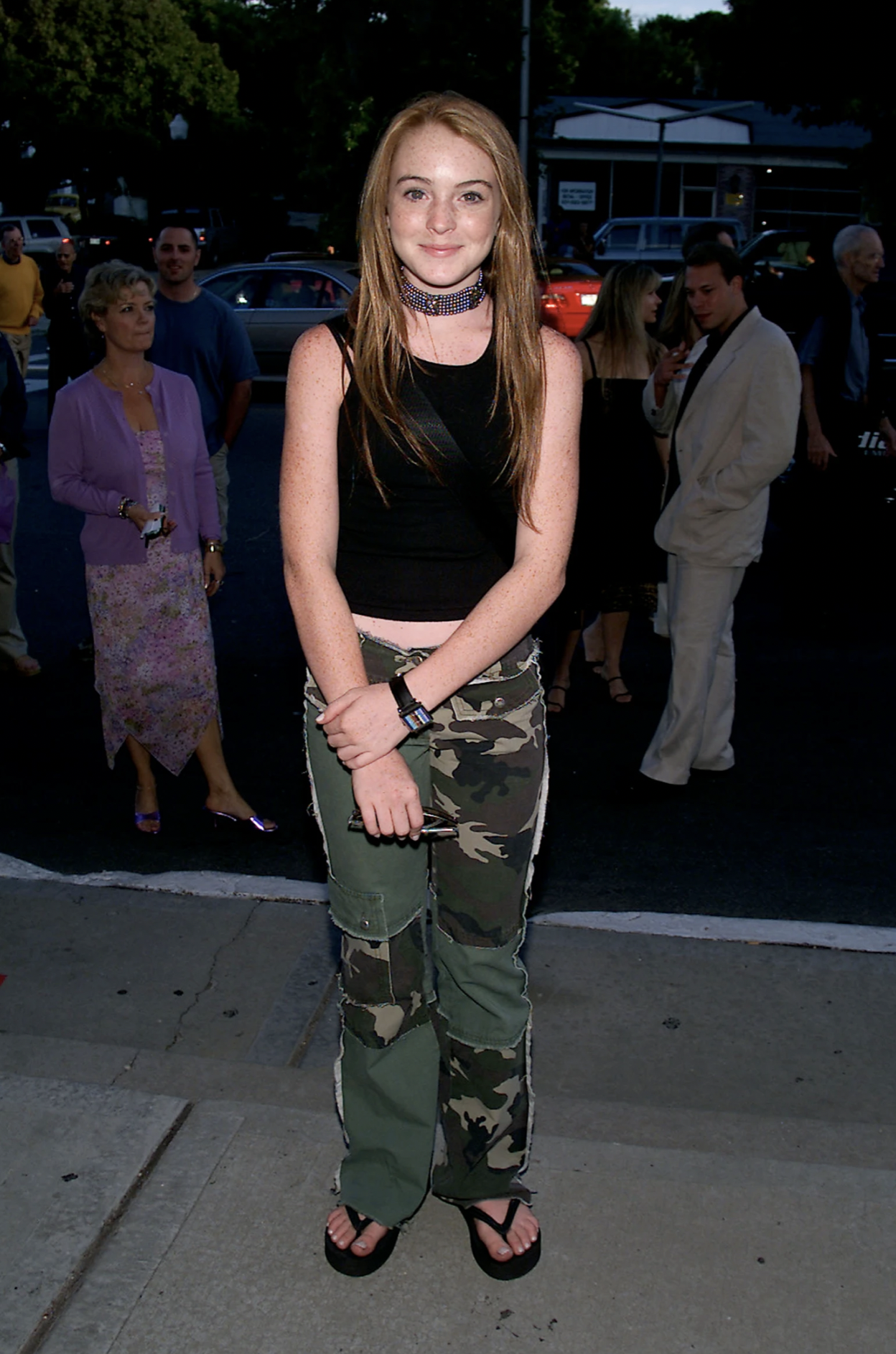 In the early 2000s, army pants, flip-flops, and beaded chokers were definitely in style and Lindsay has always been a fashion trendsetter. You could argue that Lindsay is perhaps dressed too casually but this screams Y2K fashion.

While starring in Freaky Friday 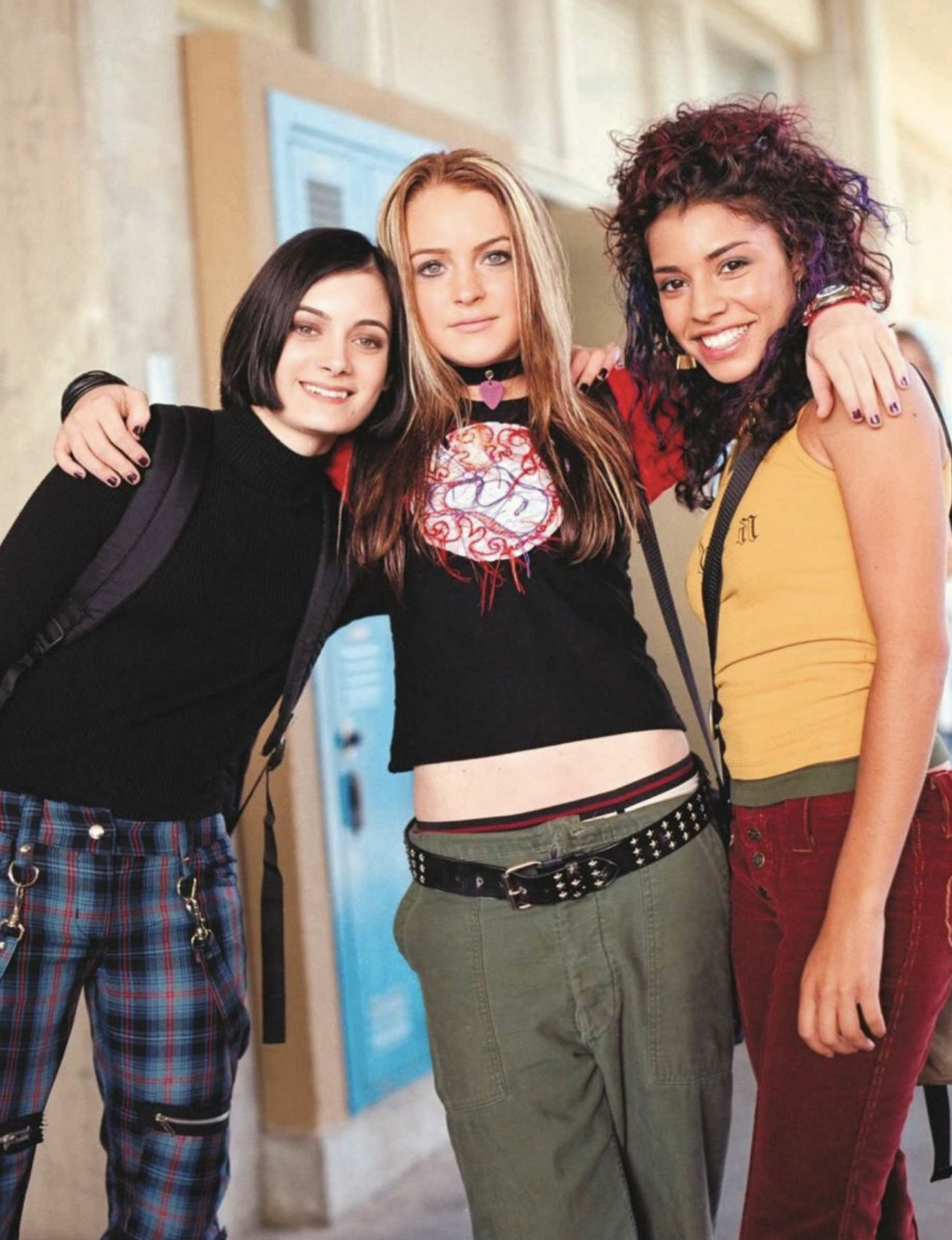 Lindsay says, “I loved dressing for Freaky Friday because I was going through that phase of I wanted to experiment too and kind of wear the baggy pants and be the rocker chick,” Lohan reveals. “That’s why I wore the Juicy sweatsuit I think, because I was in the middle of deciding who I wanted to be.” 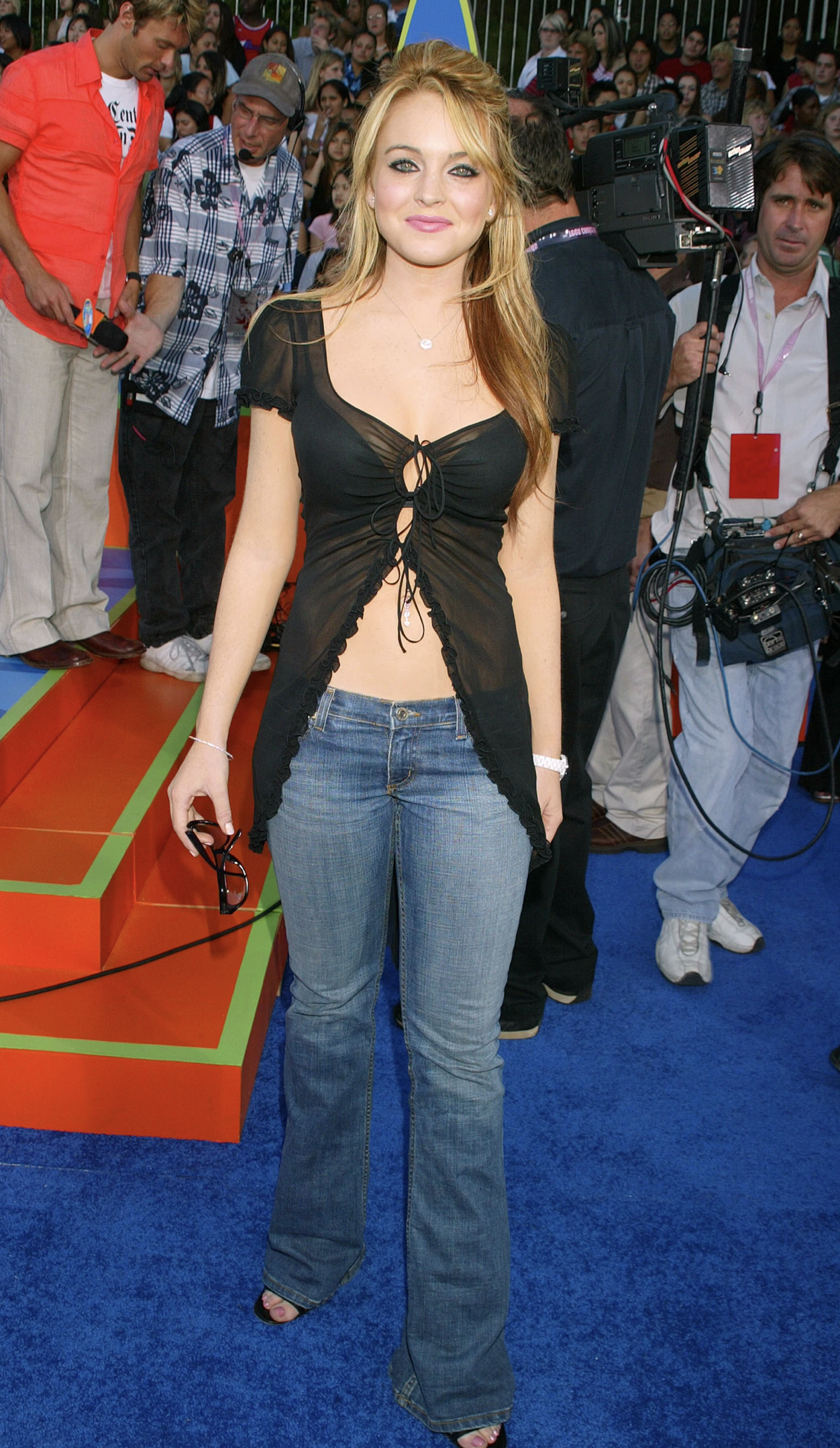 Here she is attending the Teen Choice Awards with her Freaky Friday co-star Jamie Lee Curtis to present the Choice TV Comedy Actor award. The outfit is both flirty and casual! She’s also wearing low-rise jeans which will become a staple to her individual style throughout the early 2000s.

When she coloured her hair in 2005 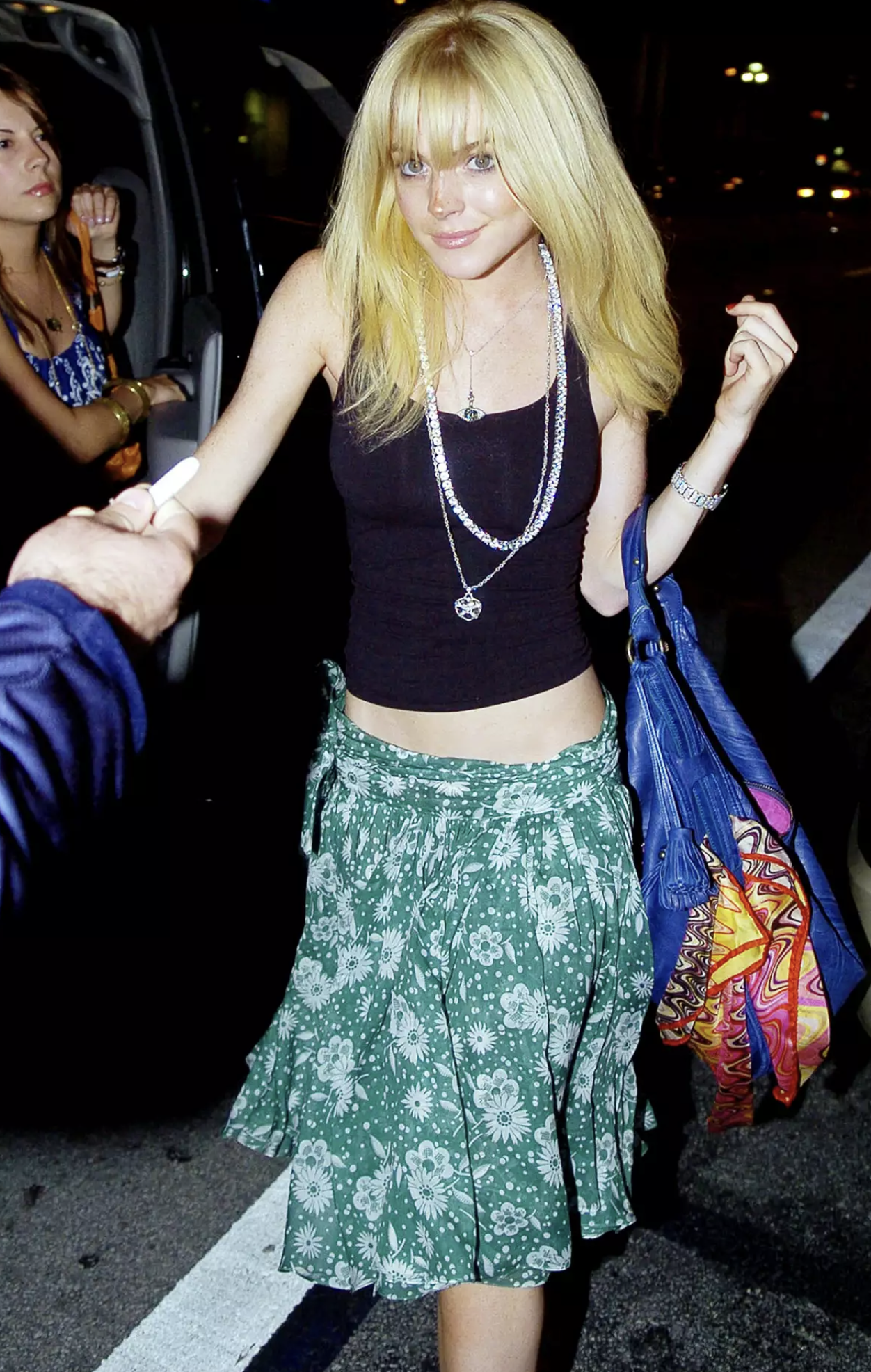 She says that colouring her hair in 2005 was when her obsession with fashion truly began. “No one wanted me to dye my hair blond. Everyone was like, ‘Do not do that. You’re going to ruin your red hair,’ – especially my mom. And this is the problem: when you go from red to blond and you do it in a rush, it goes yellow. And that’s a true, hard fact.” 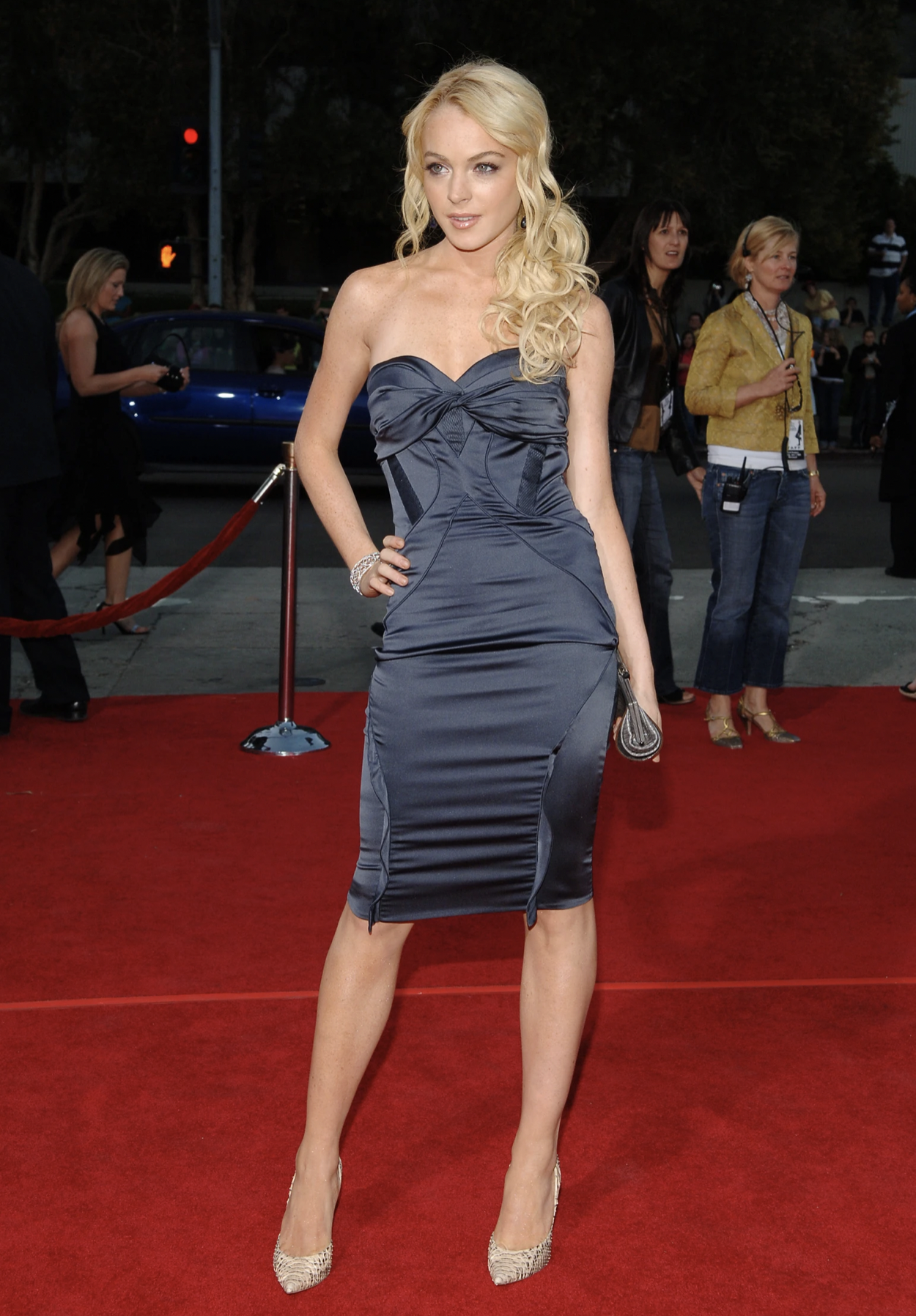 Rachel Zoe was her stylist in this era. Zoe was also styling Nicole Richie, Paris Hilton, and Mischa Barton. Lindsay’s style evolution is evident when we look back at the days she wore flip-flops. 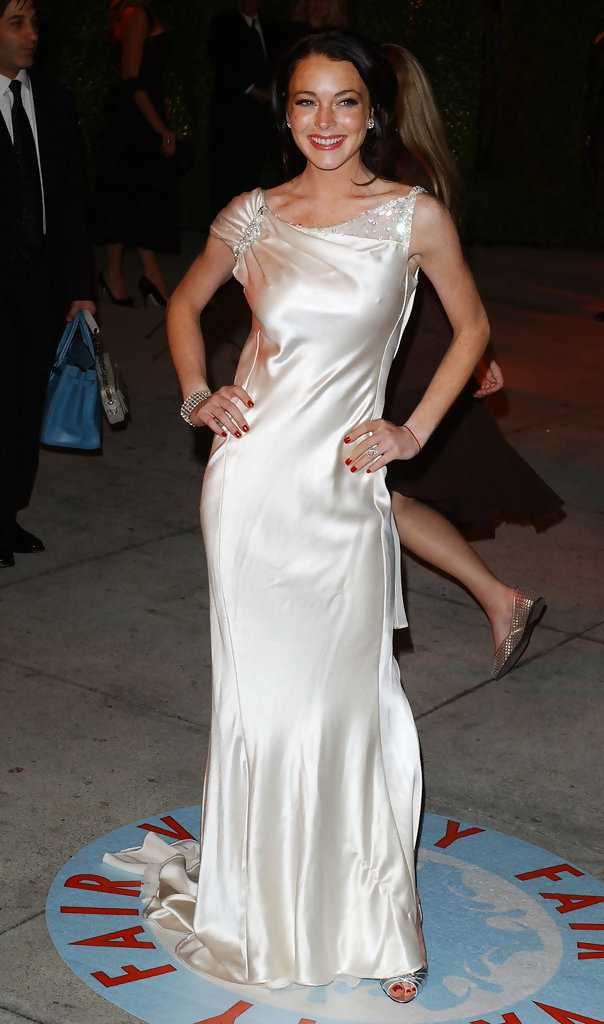 Lindsay loves this look because it reminds her of classic, old Hollywood glamour. She says that it took experience and growth for her to gain an appreciation for fashion.

A Lindsay Lohan comeback era is on the horizon. The actress is now under contract at Netflix and has a holiday movie currently in production.