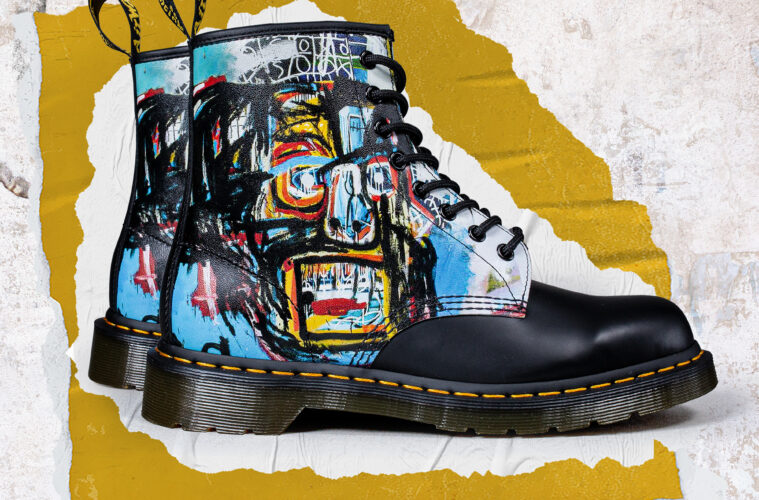 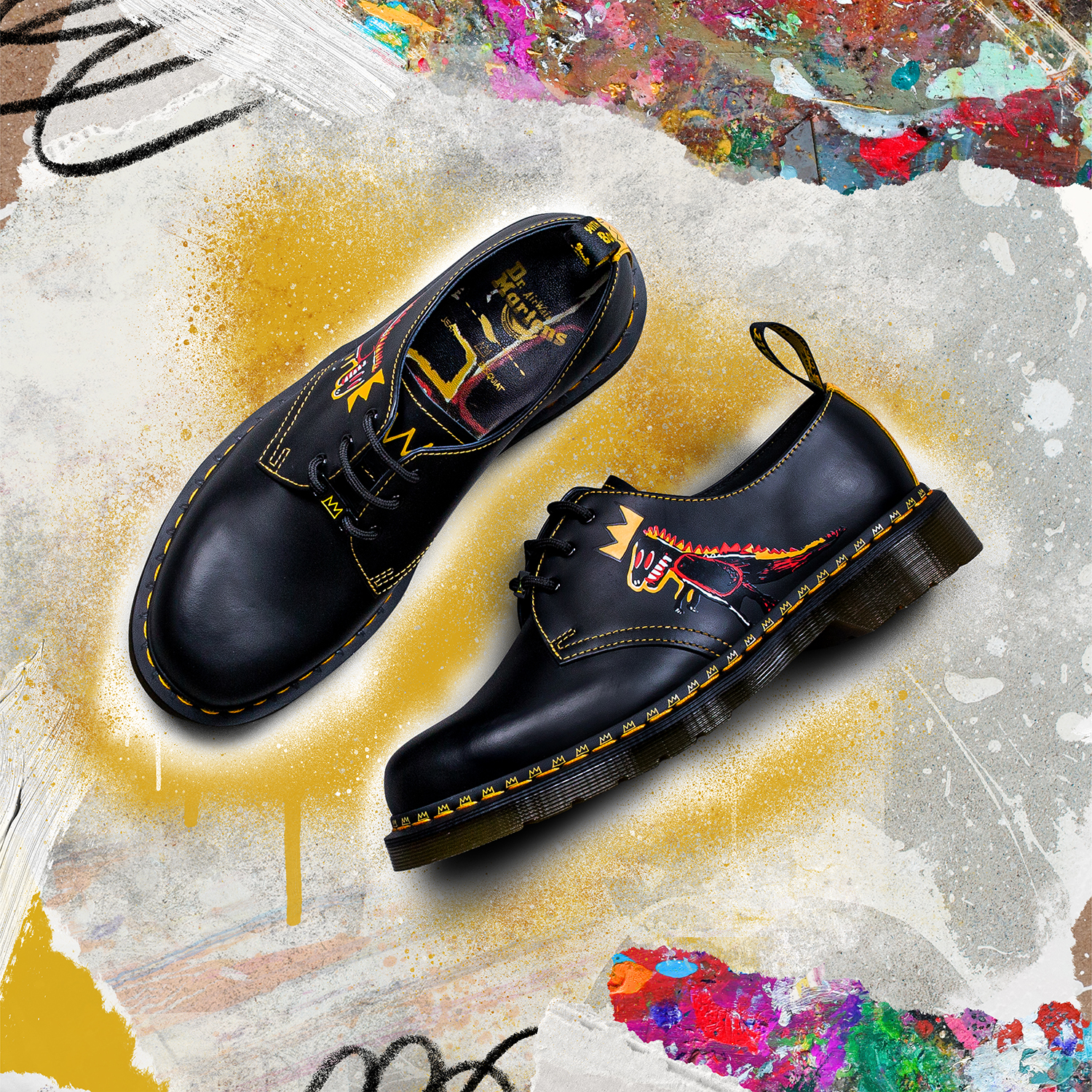 Jean-Michel Basquiat sprang onto the 1980s New York City scene like a force of nature. Known for his brilliant mastery of colour, drawing, and mixed-media painting, Basquiat’s artwork spans the gamut of sharp political and socio-economic critique to playful pop culture commentary. Being one of the most influential street artists of his generation, from his early work in the streets of New York City to his rise to fame, his art is full of talent and power. 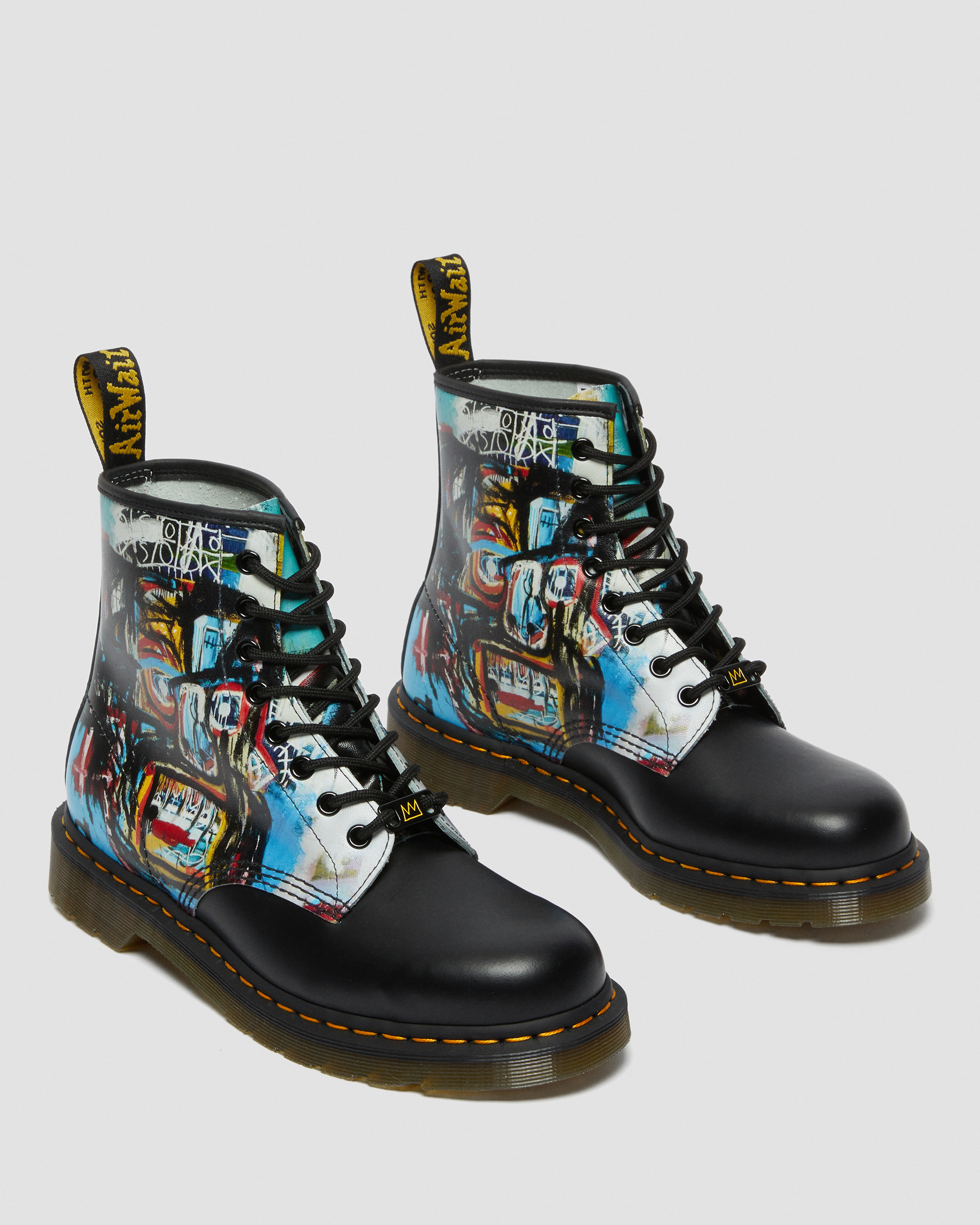 1460 Boot and Shoe — Forged from the same leather as our 1461 shoe, the boot incorporates Basquiat’s ‘Untitled’ (1982), across the quarters and sock liner. 1461 Shoe — Featuring ‘Pez Dispenser’ (1984), it sees one of the world-renowned, radical dinosaur paintings printed across both the smooth leather and the laces for an iconic New York luxury icon. With adjustable straps and external pockets added to the Basquiat leather backpack, it creates a style like never seen before. Dr. Martens x Jean-Michel Basquiat is the duo that we all needed. A refreshing style that street artists turned into a phenomenon.