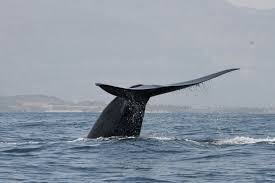 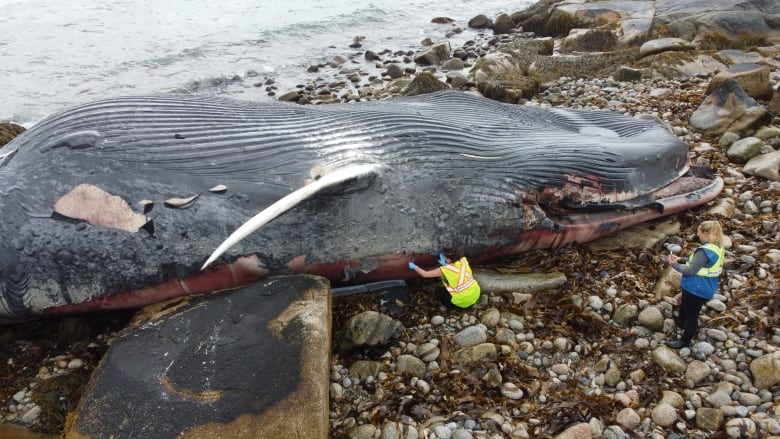 On Thursday morning one of the world’s largest animals was found on a popular beach south of Halifax. Blue whales are considered endangered and the cause of death is still to be determined.

Like other whale species, blue whales are threatened by climate change and overfishing. Climate changes impact on the polar ice melting, dwindling krill numbers (their major prey) and toxins in the water have rendered these beautiful beasts vulnerable.

Specialist, Andrew Redid, with the Marine Animal Response Society (MARS) says there are no signs of external injuries and a full necropsy will be done. 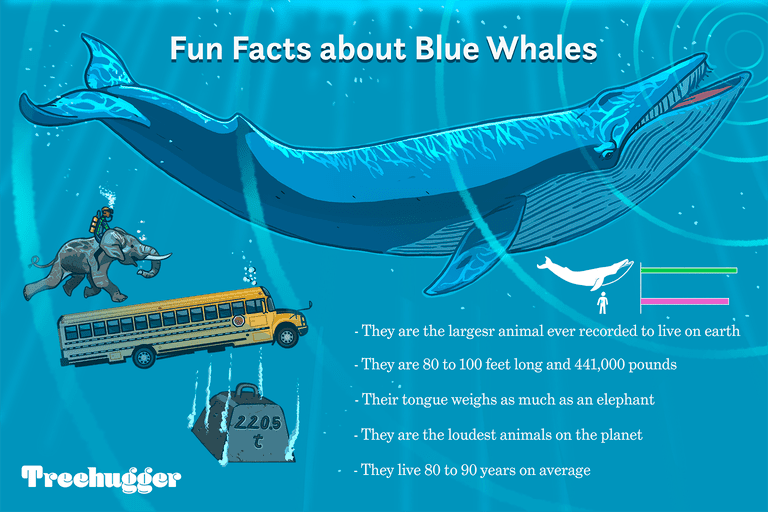 The International Union for the Conservation of Nature estimates there are between 5,000 and 15,000 mature blue whales globally. Though the number of blue whales has gone up in recent years, losing a female whale is always a great loss due to their capacity to reproduce.

“It’s always sad to see when a female whale is killed, said Reid. “These populations are really endangered and so it is a loss of some of that recovery for the species.” 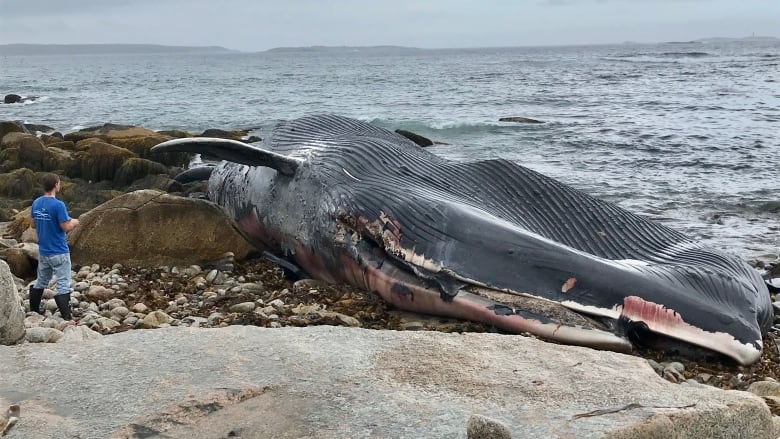 Specialists are also still trying to determine how to expose the mature female’s body.

The typical protocol for disposing of a whale carcass is to cut it into smaller pieces and bury it on site however, the terrain of this area is not ideal.

Reid said on Friday, “Unfortunately it’s up in an area among quite large rocks that are seaweed-covered and quite difficult to work around”.

With hurricane Larry heading directly for Newfoundland, there will be a storm surge in the area. MARS will wait out the storm before making a definitive plan on how to dispose of the female’s body and are urging onlookers not to touch her. Access to the beach is restricted until the carcass is removed.