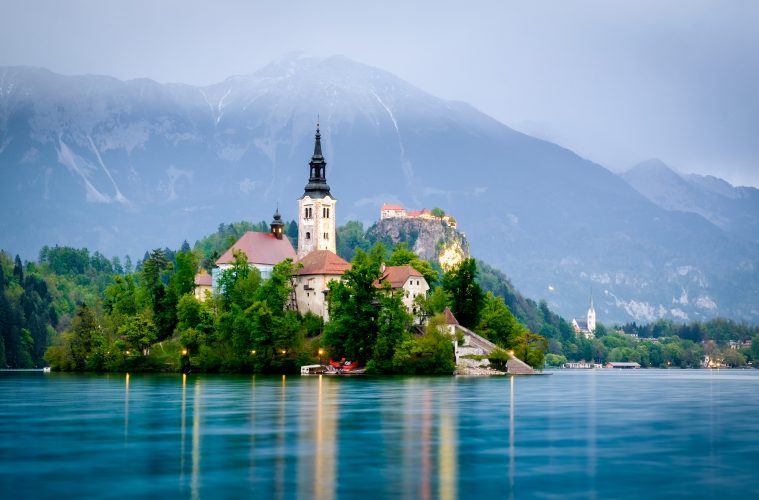 Just when you thought the world had run out of crystal clear lakes, pristine forests and clean air, the flip side occurs in central Europe.  Slovenia promises all of these descriptors.  A small country encircled by Italy to the west, Austria to the north, Hungary at its east and Croatia directly south.

This nation of polyglots, friendly smiles and gastronomic explosions, makes for easy communication and heavenly delights for foodies.  Slovenes are naturally welcoming and soft hearted.  Hence sLOVEnia.  When strolling the Narnia-like villages, do not be surprised by proud and happy people inviting you into their homes for some imbibing of their product; wine in this case, resulting from proprietary garden grapes.
Winning the award for greenest country in Europe, certainly attests to a reputation of organic sustainability.  A highly structured bee keeping industry and biological diversity containing fifteen thousand animal species, all surrounded by national parks, comprises ten percent of the country.
Two thirds of Slovenia is covered by forest and grass lands. Hiking is the national passtime, followed by cycling and mountain climbing.

Kayaking on the Soca river in Triglav national park in Slovenia‘s north west is eye candy for the soil.  Turquoise hues abound, while white water rafting on the most brilliantly colourful river in Europe.  Marmite trout, an ancient species, are numerous, owing to a pollution free local environment under the strict stewardship of the Primorska region inhabitants. Restaurants prepare these freshly caught fish, instilling unique floral herbs picked, and accompanied with fiddleheads growing in the same areas on a daily basis.
Venturing south from Triglav to Europe’s largest cave, “Postojna” envelops one to an underground labyrinth. Stretching twenty-seven kilometres, viewing these grottos is best seen by electric train.

En route, wonders encase millennia of calcification from seeping streams above ground, culminating in names like “The Spaghetti Hall”, resembling spaghetti growing on ceilings. The “Art Gallery Hall” replicates a virtual, visual effect.  These caverns also home “The Human Fish”, so-called after an ancient newt due to its human skin colour. Bring a sweater or wind breaker upon entering.  Year round temperatures hover at a constant ten degrees celcius, as a consequence of staggeringly profound depths.

A short drive from the caves, lies the Adriatic sea. Slovenia‘s coast, barely forty-eight kilometres long, embodies a Mediterranean culture, complete with olive groves, lavender fields, persimmon, kiwi and fig trees.
Enjoy and discover all within Piran’s fortressed walls.  This ancient Roman town, reminiscent of Venice, is a perfect vantage point as you meander through Moorish inspired, narrow cobbled back lanes. Walk up the stairs to the bell tower of St. George’s church.  A three hundred and sixty degree view provides a panorama to Trieste, Italy with the Julian Alps in the background and Croatia on the Horizon. 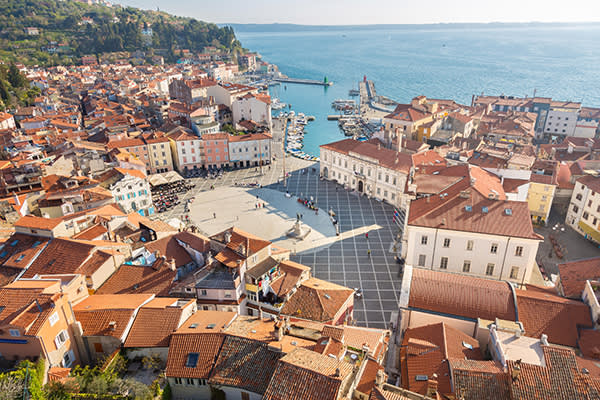 Just below is Tartini square, more of an oval, really. A shape, nonetheless  which blends summer concerts into redolent evenings engaging pine and surf of times gone by. Now, wander a little left of Tartini’s shadow and proceed with wild abandon to briny waves for your midnight skinny dip!

Ljubljana, (lyu-blya-na) Slovenia‘s capital, is small and pretty.  One can never be overwhelmed here by an intimidating megalopolis feel.  You will not get lost and you will not be ripped off.  Centre town is flanked with weeping willows along the Ljubljanica river. 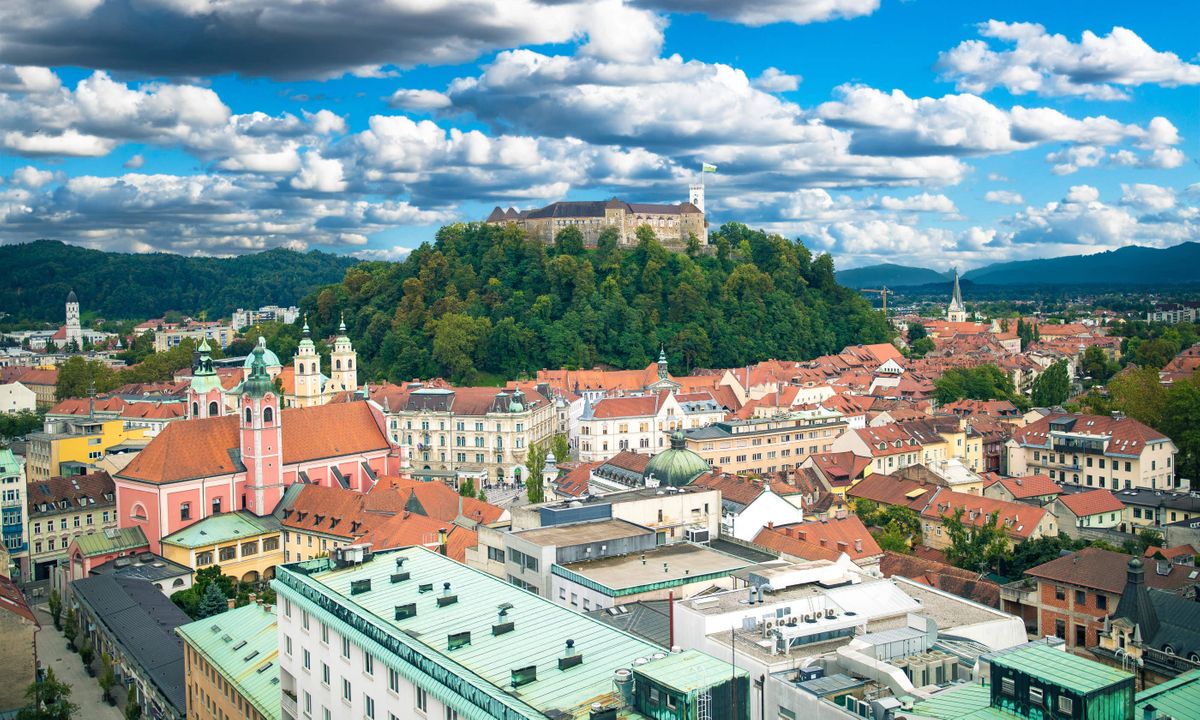 Definitely a café culture, exhibiting voguish characters at their favourite wine bars, while lingering and encountering their sympatico amigos.  Laid-back, yet never dull is Ljubljana’s credo.  Head along the main drag, under the castle, over the three bridges and just beyond the dragons’ tails.  It’s all there, the pearl you’ve been looking for.  In other words; scrumptious edibles, superior wines, baroque surroundings at an affordable cost.
Lake Bled, a forty-five minute jaunt from Ljubljana, is the cherry on top.  A church, on an island in the middle of a glacial lake.

Simplistic illustration, yes. Because this place is so Oz-like and awe-inspiring, I must defer to photographs only.  Even so, do take a pletna boat to the island.  If you plan on marrying, it is customary for the bridegroom to carry his or her bride up the ninety-nine steps leading to a cute chapel for the joyous event. Ultimately, Bled creates dreams that do come true…especially when devouring the renowned crème and custard flan.
If you’re looking to plan your next vacation or visit somewhere you haven’t gone before, Slovenia is one of the many beautiful places in the world that is a must-see.
For more information if you’re looking to visit, go on www.slovenia.si/visit/ to plan your next trip and look at the best spots to go to.
For more lifestyle, culture, and travel — follow us @HOLRMagazine.