After a consistent regular season and four intense playoff rounds, the Toronto Raptors had the culminating moment they’ve been dreaming of – a Game 6 victory over defending champs Golden State Warriors. In true playoff fashion, the final game was full of high’s and low’s and left the defining, winning moment down to the last 18 seconds. As the Raptors led the game 111 to 110 with seconds remaining, Golden State had an opportunity to snag the win as Steph Curry went for a three. But for once it was not in the cards for him. Curry missed the three and opened up the door for Toronto’s NBA Championship. As the final score landed on 114 Raptors to Golden States 110, a wave of realization swept across die-hard Raptor fans everywhere- the boys were bringing home the Larry O’Brien NBA Championship Trophy back to the six where it all started.

Looking back at the history of Toronto sports, one thing is for sure- there’s just something about the number 6. The last three major championship wins for a Toronto team, all happened on game 6. From the Leafs winning the Stanley Cup in 1967, to the Blue Jays winning the World Series in 1993, and now the Raptors winning Game 6 yesterday. And if that’s not fortuitious enough, each of these major wins happened 26 years apart. 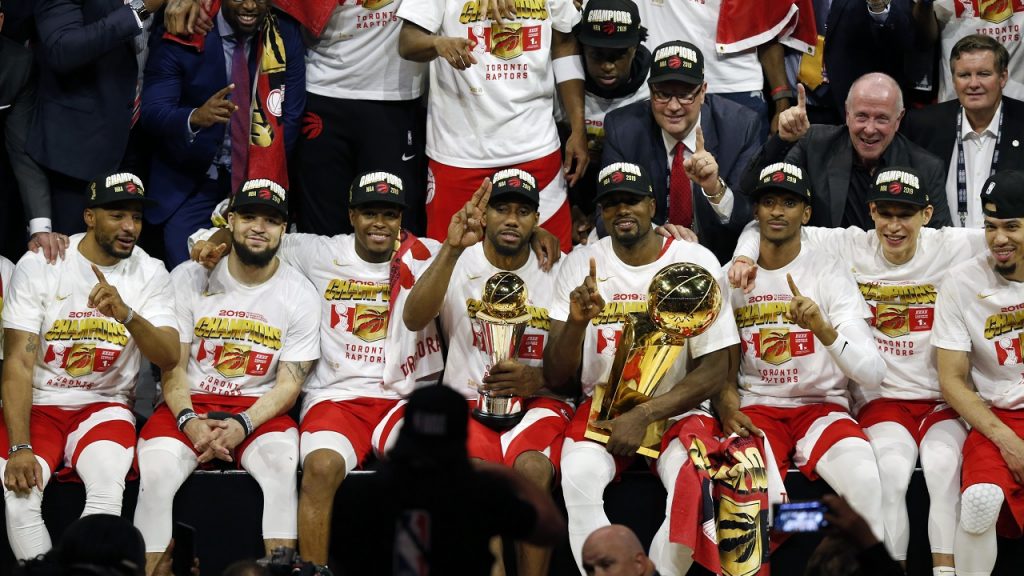 What happened last night, is almost impossible to capture in words.

Even Kawhi Leonard’s generally stoic expression was replaced with a ton of raw emotion and a big, lasting smile. And he had plenty to smile about. Outside of the win last night, Kawhi had an immeasurable impact on the rest of the team. At only 27-years-old, it’s undeniable that Kawhi plays the game with a superior skillset that puts him in the ranks of the greats like Michael Jordan, but it’s his mental strength that really stands out. The way that Kawhi carried himself through the entire playoff series set him apart from being just a great player to being one of the best. There was a certain calmness and steadiness about him, that kept his head in the game the whole time and eventually transferred onto the rest of the team. This was particularly evident last night, when even Kyle Lowry, who generally gets swept up in emotion as he plays, was even-keeled. Despite scoring an outstanding 26 points last night – a far cry from the 0 he scored at the start of the playoffs against Orlando – Kyle kept his cool right up until the very end. We also have to commend Kawhi for being such a team player. Seemingly, for him it doesn’t matter who gets the point, all that matters is that someone does with the support of everyone else on the court. So while Kawhi has proven time and time again that he can outscore almost every other guy, last night he still scored 22 points , while other players had plenty of opportunity to shine. On top of Lowry’s 26 points, Fred Vanvleet scored a playoff career-high with 22 points, Pascal Siakam also scored 26 points. Siakam also had 10 rebounds and Marc Gasol had 9. 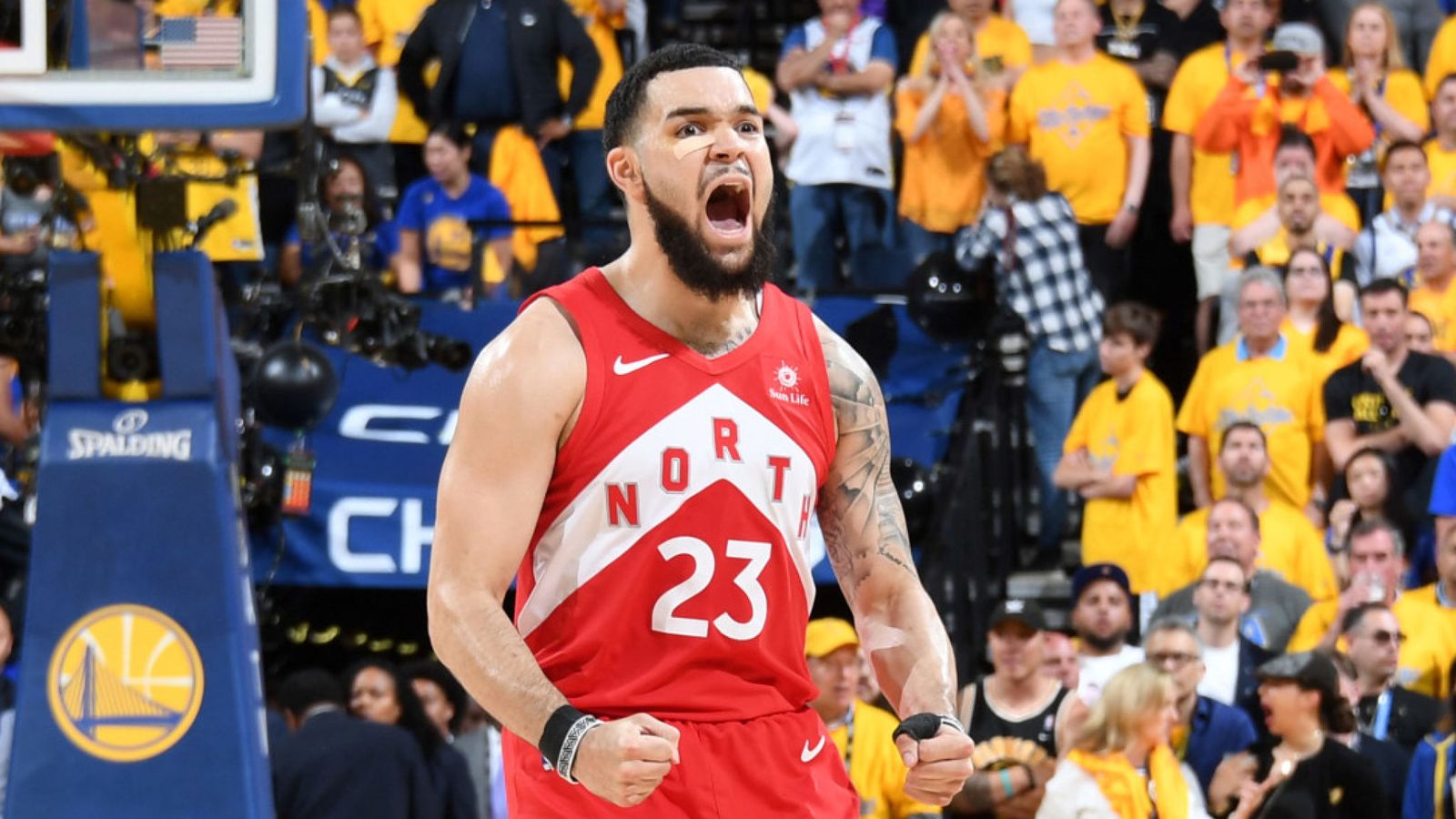 Regardless of the stats last night, everyone in the starting lineup and key players on the bench, like Norman Powell, played a pivotal role in getting the Raptors to this victory. This whole playoff series has been so incredibly captivating and rewarding and we couldn’t think of a team that deserves it more. The Raptors are more than just players on the same team, the level of genuine friendship and camaraderie along with the heart that all of these guys have, made this win all the more rewarding. And of course, the synergy between the players and Coach Nick Nurse is also worth noting. They couldn’t have done it without each other and even though Nick is a Rookie coach he has cemented himself in history alongside with the Raptors and Kawhi Leonard who has now won two MVP Finals awards and two championships. We couldn’t be more proud of the Raptors and we can’t wait to see what next season brings. Go Raps go! 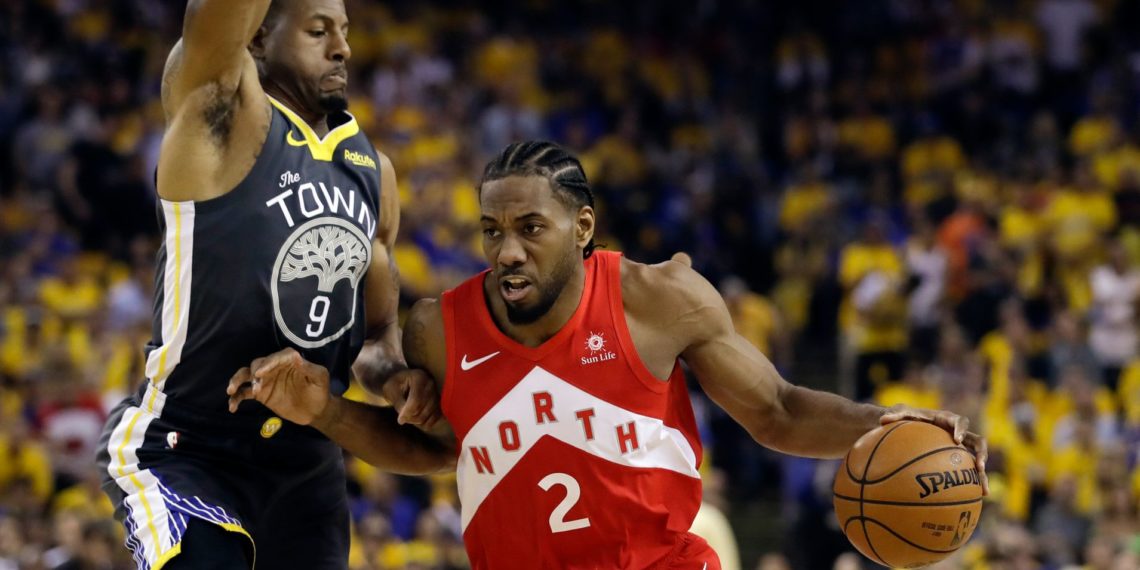