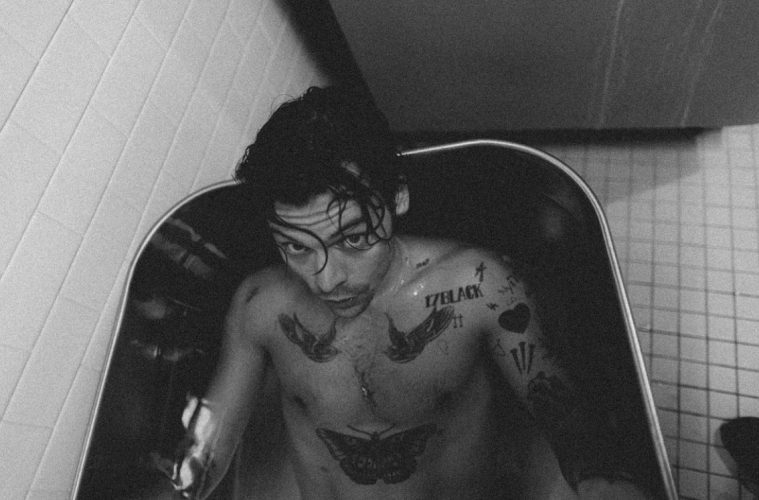 Gender Fluid Fashion in the Music Industry: How Harry Styles and others redefine Masculinity and Femininity

Ex-One Direction member turned solo artist, Harry Styles, has been heralded across multiple media platforms for complicating the binaries of masculine and feminine fashion. After gracing the cover of US Vogue wearing a feminine dress and perfectly channeling the Met Gala’s theme of “Camp: Notes on Fashion” through his sheer black blouse, Style’s “look” has come to be labelled as androgynous as he is deliberately adventurous with his sexuality and masculinity. This is reflected on the cover of his self-titled vinyl album, which features him donning typically “feminine” style jewellery. However, is he the first cis man in the music industry to demonstrate the fluidity of gender through fashion? 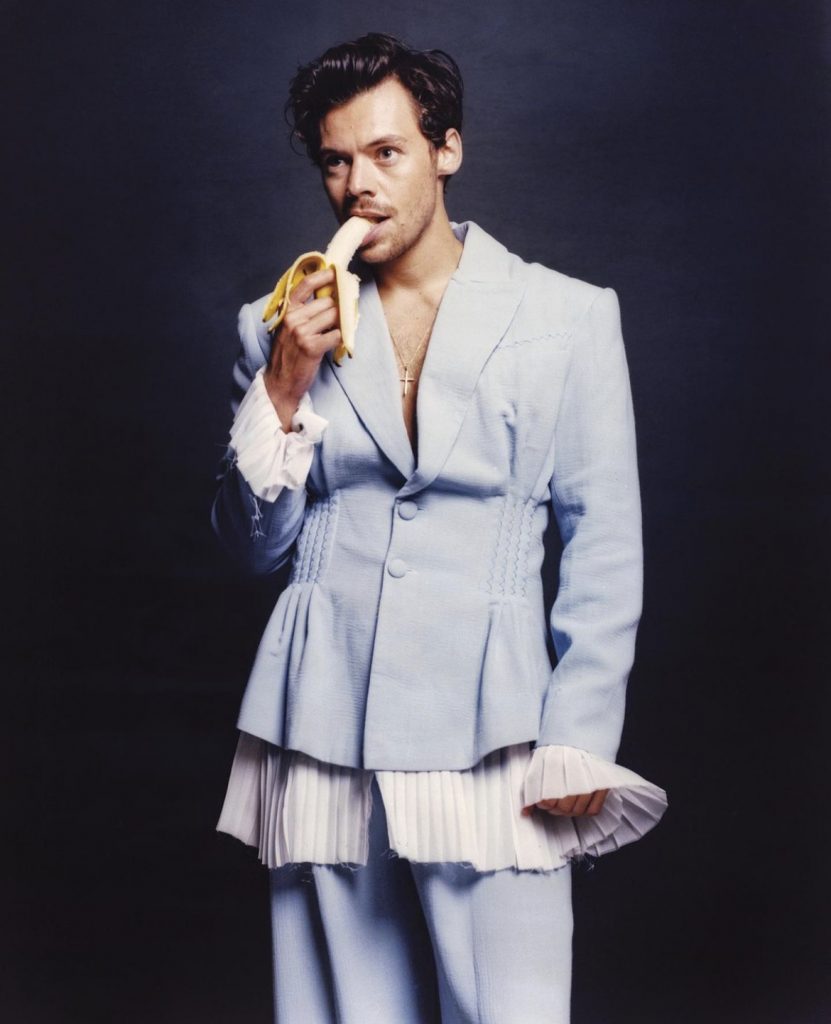 There is a strong argument that Western beauty standards are heavily influenced by a capitalist, colonialist, and patriarchal society and the forms of powers which dictate that. This is demonstrated through the harsh binaries in which certain fashion styles and clothing items are allocated to men or women. However, before Harry Styles’ blurring of the boundaries gained traction, a multitude of cis defining men in the industry were doing similar. David Bowie, Iggy Pop, Kurt Cobain, and Mick Jagger have all wore dresses in the past as a form of expression. However, sporting a garment which is traditionally thought to be the reserve of women does not indicate that these artists identify as anything other than a man. It does on the other hand, complicate rigid conceptions of gender and supports the sociological argument that gender is merely a social construct. Fashion is one way which artists are challenging the boundaries of “masculine” and “feminine” as well as effectively redefining them.

Whilst the media has shone a light on predominantly white cis men challenging gender norms, it is important to revisit how minority groups in the music industry have traditionally acted as a social force in challenging these norms too. For example, East Asia has seen an influx in women rebelling against the patriarchal gaze of the female beauty standard by wearing genderless fashion, cutting their hair short, and ceasing to wear makeup. Hip-Hop in the 90s also followed the same pattern, as baggy clothes were sported by female icons TLC and Aaliyah, which sent a strong message that they wanted to compete on the same level playing field as their male artist counterparts.

The experimentation of fashion in the music industry has always been political and acted as cultural signifier. As we are seeing old-fashioned conceptions of gender be constructed in academia and in day-to-day discussion, we are simultaneously seeing this represented by celebrities who have the ability to determine the status quo.