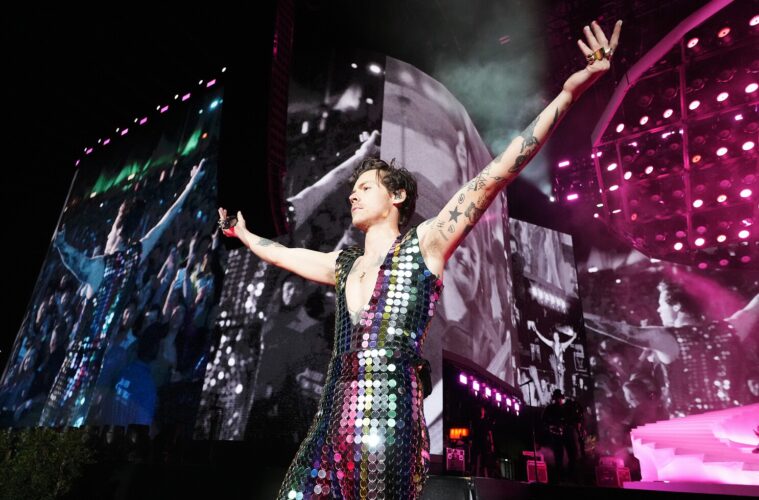 The 27 British boy headlined Coachella Day 1 in an iconic sparkly Gucci jumpsuit that many have said resembled something that Hannah Montanna has worn, but he still rocked it as usual.

In the desert on Friday, Harry rocked the stage with songs that we know, like Watermelon Sugar off his grammy-winning album, What Makes You Beautiful, from his One Direction days, and a few new songs including his new single As It Was, and 2 unrelated songs from his upcoming album. 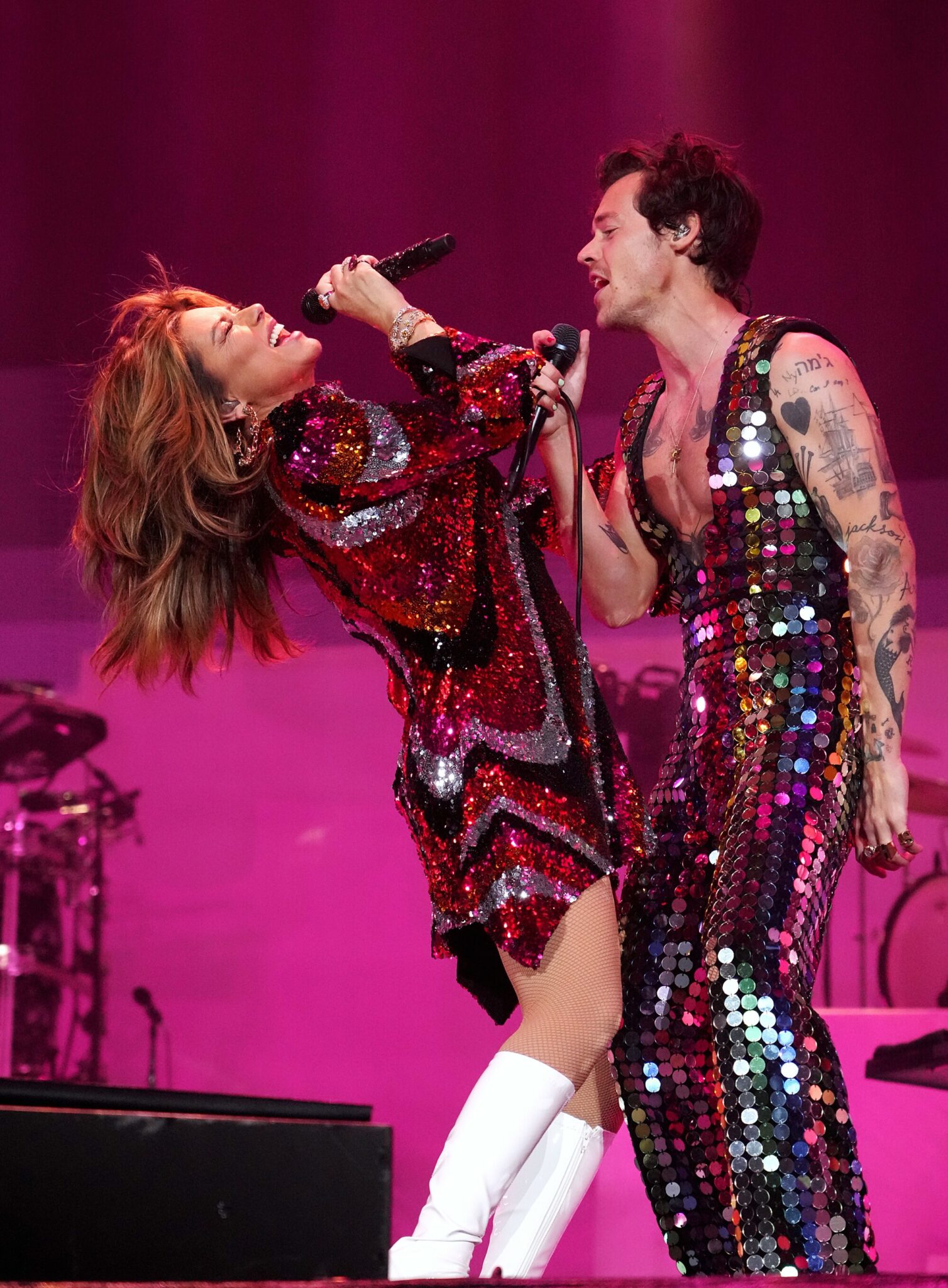 The Brit boy also had a very special (Canadian) guest come on stage and help him duet a few songs, and no it wasn’t Justin Bieber or Shawn Mendes, it was legend Shania Twain.

The legend herself ‘surprised’ Harry and the crowd with her Man! I Feel Like A Woman! intro, and also performed You’re Still the One. The two singers matched outfits in their sparkly ensembles and even made the show a little spicy with his touching.

As to nobody’s surprise, Mr. Styles outperformed, as usual, showing up in the best outfit (as per Coachella rules), rocking the stage for the opening night of the 6-day festival, and of course not only breaking hearts but somehow making more and more people fall in love with the worlds more beautiful man.

We cant wait to see what he does next weekend.