Halloween is just around the corner but there is still time to enjoy one of the funniest – and most scary – traditions: Halloween Haunt at Canada’s Wonderland! In a full schedule of activities, lots of spooky attractions that will certainly make you scream of fear are available to guests. Make sure to get your tickets in advance and prepare to get scared… Boo!

October is known as the spookiest month of the year and we all wait anxiously for 31 long evenings for the scariest day of the entire year to come: Halloween. I mean, is there really anyone who isn’t crazy about Halloween? I don’t think so! All the decorations, the costumes, the themed events, the horror movies, the traditional food, and – of course, the best part – the trick-or-treating.

To celebrate Halloween, several events take place during the month of October, with the most thrilling activities that never get old. Toronto’s most famous theme park, Canada’s Wonderland gets fully transformed and turned into a scream park with a number of terrifying Halloween attractions. Halloween Haunt is Canada’s largest Halloween event, where people can find hundreds of monsters, scare zones, street performers, live music, night rides, live shows, and thematic food. 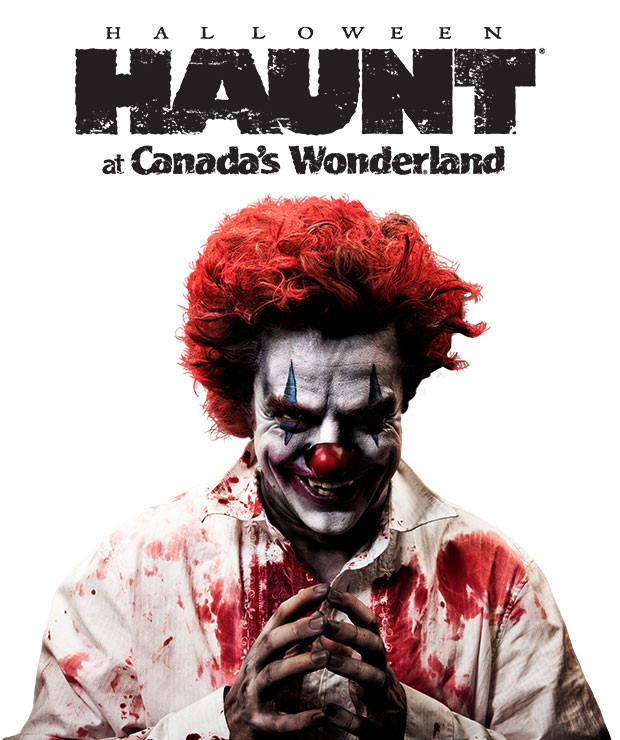 This year, due to the impacts of the Covid-19 pandemic, all indoor haunted mazes and houses were turned into thrilling outdoor experiences, to ensure visitors’ safety while enjoying the best of Halloween. The entire park is decorated with creepy themes, pumpkins, and fog for a mysterious and scary Halloween atmosphere. Walking through the streets, visitors will encounter clowns, zombies, and horrifying creatures trying to make them scream out loud. Scattered around the park people can find 11 scare zones:

– CarnEvil: wicked clowns with maniacal laughter and amused by fear walk around the streets inviting passersby to join the carnival that has come to town.

– Frontier’s Revenge: life in the Frontier is cruel but death isn’t better, so townsfolk rise from their graves at night to hunt for new victims.

– Forest of Fear: hikers walk through the forest and nighttime gets closer. With dark comes noises, movements in the bushes, and a sinister creature suddenly appears to scare people.

– Gates of Terror: to get to their final destination, guests must cross the Gates of Terror, where monsters lurk in the night, searching for human souls afraid of the dark. 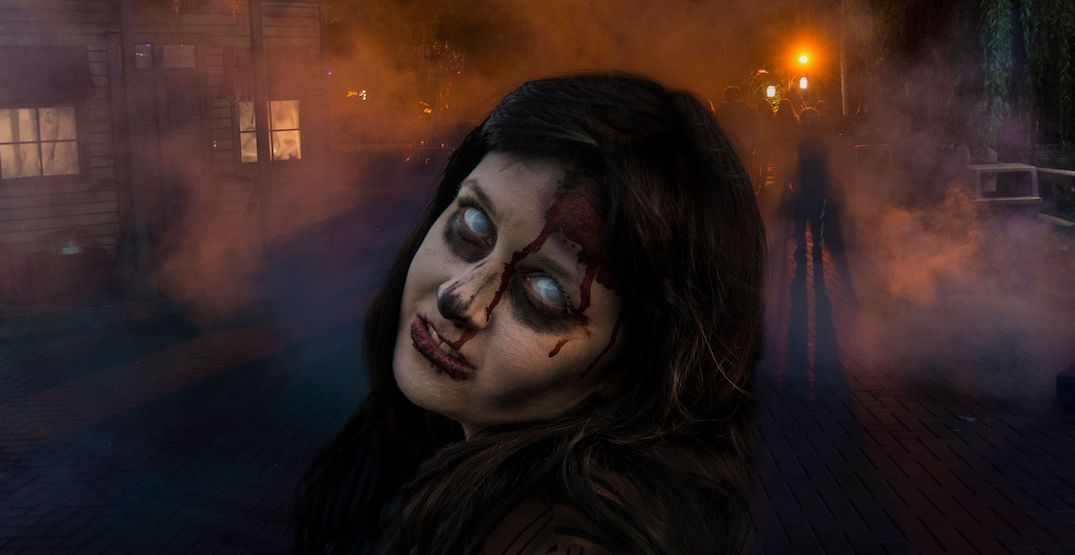 – Ghostly Pines: forest villagers are long since dead and they now haunt the place looking for terrorized new additions to their ghoulish ranks.

– Kingdom of Carnage: in this new attraction, a wicked king used to rule the lands with fear and violence but peasants formed a militia to end his tyranny. In a bloody battle with dark magic involved, lives are lost on both sides.

– Streets of the Undead: this newly added attraction features a zombie apocalypse, where survivors have to run for their lives.

– The Farmstead: another new attraction, “Blood Shed”, a former slaughterhouse, was demolished by authorities after people went missing, but the place still remains sinister. With the disappearance of the next-door farmer, it gets clear that the horror of the “Blood Shed” has found a new home at The Farmstead.

– Trick or Treat: in a little town scenario, residents lock themselves on October nights as monsters haunt the streets looking like trick-or-treating children.

– Wicked Hollow: an enchanted forest, former home to mystical creatures, was haunted by a dark curse, turning fairies into evil creatures that torture travelers with their magic. 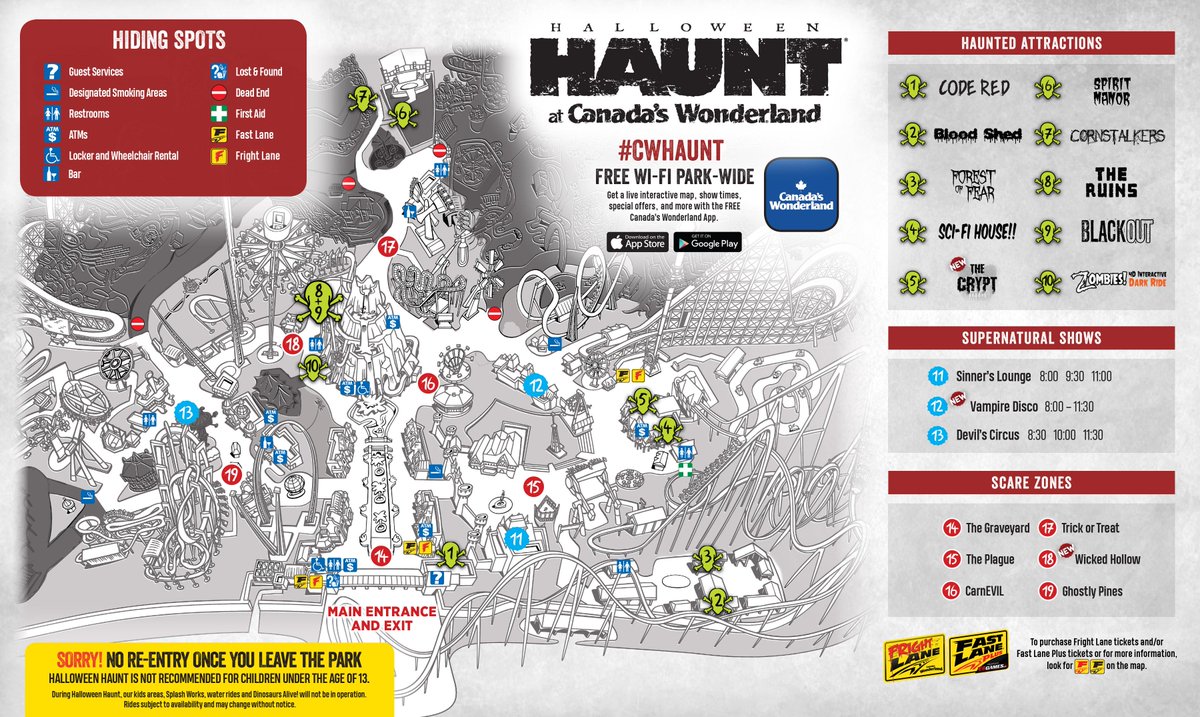 Besides the spooky scare zones, 7 different live performances – The Skeleton Crew, Freak Show, The Illusionist, The Deathly LED Drumline, Vampire Disco, Dixieland Zombie, and Sink the Jerk – take place all around the park to entertain visitors and are a must-see. More details about them can be found here, and you can check all the park’s available attractions here. Canada’s Wonderland also offers a Halloween BOOtique and a full Halloween-themed menu with food, dessert, and drinks -including an alcoholic blood bag – to get visitors in the Halloween mood.

Halloween Haunt started on September 24th and will run on selected dates until October 31st, from 7 p.m. to 12 a.m. Tickets can be purchased online here and their prices range from $33.99 to $105 for a fast lane pass. The themed park is located at 1, Canada’s Wonderland Drive, Vaughan, ON. The Halloween Haunt events are not recommended for children under 13 years old and guests wearing Halloween costumes or make-up are not allowed in the park. Are you ready to get scared?