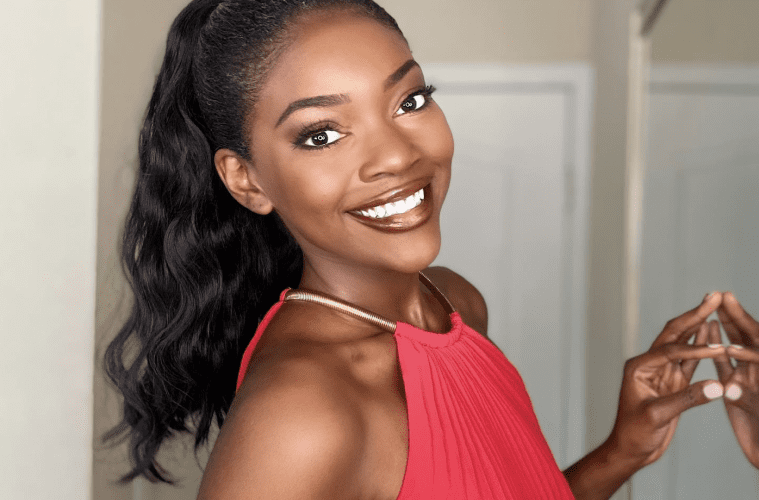 27-Year old Zoe Sozo Bethel passed away on Feb 18 after suffering from injuries from an unspecified accident. 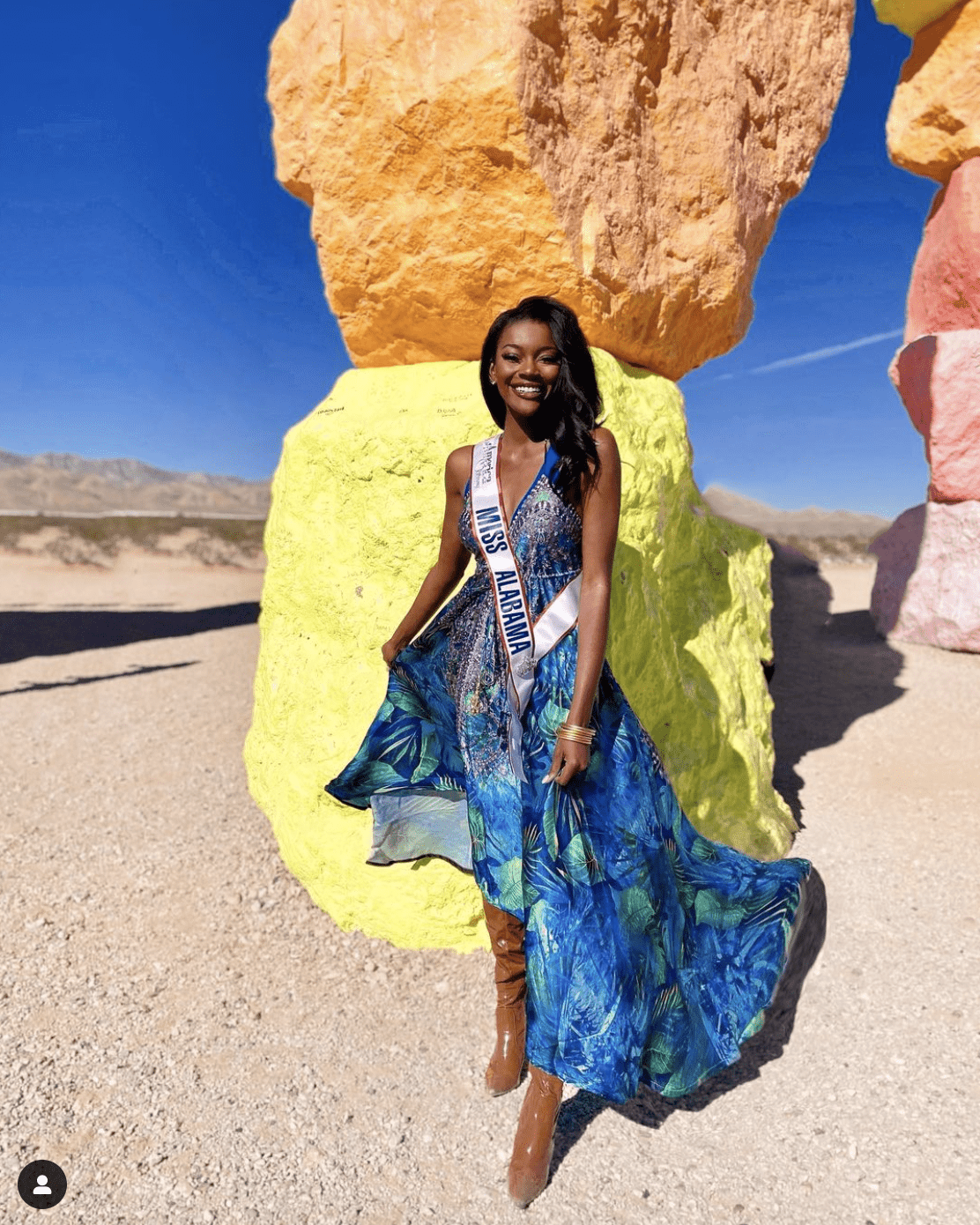 The 27-year old model and political news commentator passed away in Miami Florida, where she had been living. The news of Zoe Bethel’s death came on Sunday via an Instagram post created by her family.

A carousel of images of Bethel was accompanied by a caption that read, “On Friday, February 18, 2022, at approximately 5:30 AM Eastern time in Miami, Florida, our beloved Zoe Sozo Bethel passed from this life into the next as a result of succumbing to her injuries.” 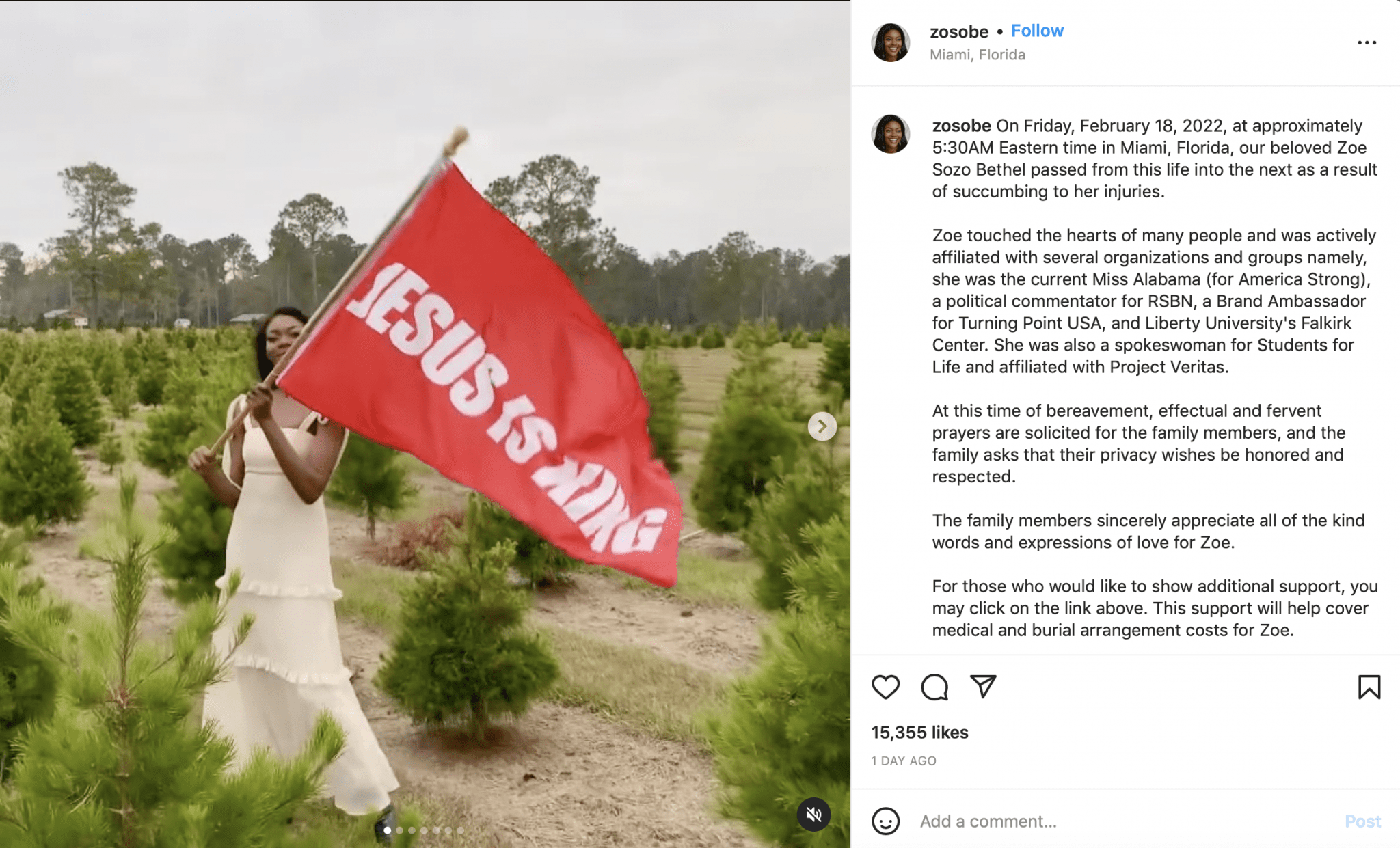 The caption went on to praise Bethel for her philanthropy and accomplishments including being a political commentator for Right Side Broadcasting Network and winner of the American Strong pageant.

“Besides the fact that she was always incredibly stunning, I’ll always remember how convicted Zoe was in her faith in God, how dedicated she was to her beliefs in protecting life, and how much she cared for others,” Grace Saldana, the editor-in-chief of RSBN said via Twitter. “May she rest in peace ❤️.”

“On February 18th, 2022, the world lost a queen,” the pageant said via Instagram. “It is with heavy hearts that we announce the passing of our dear friend and reigning Miss Alabama for America Strong, Zoe Bethel. She was a light in this world and we are heartbroken over the loss of such a bright and beautiful woman. Rest in grace and love, sweet one.” 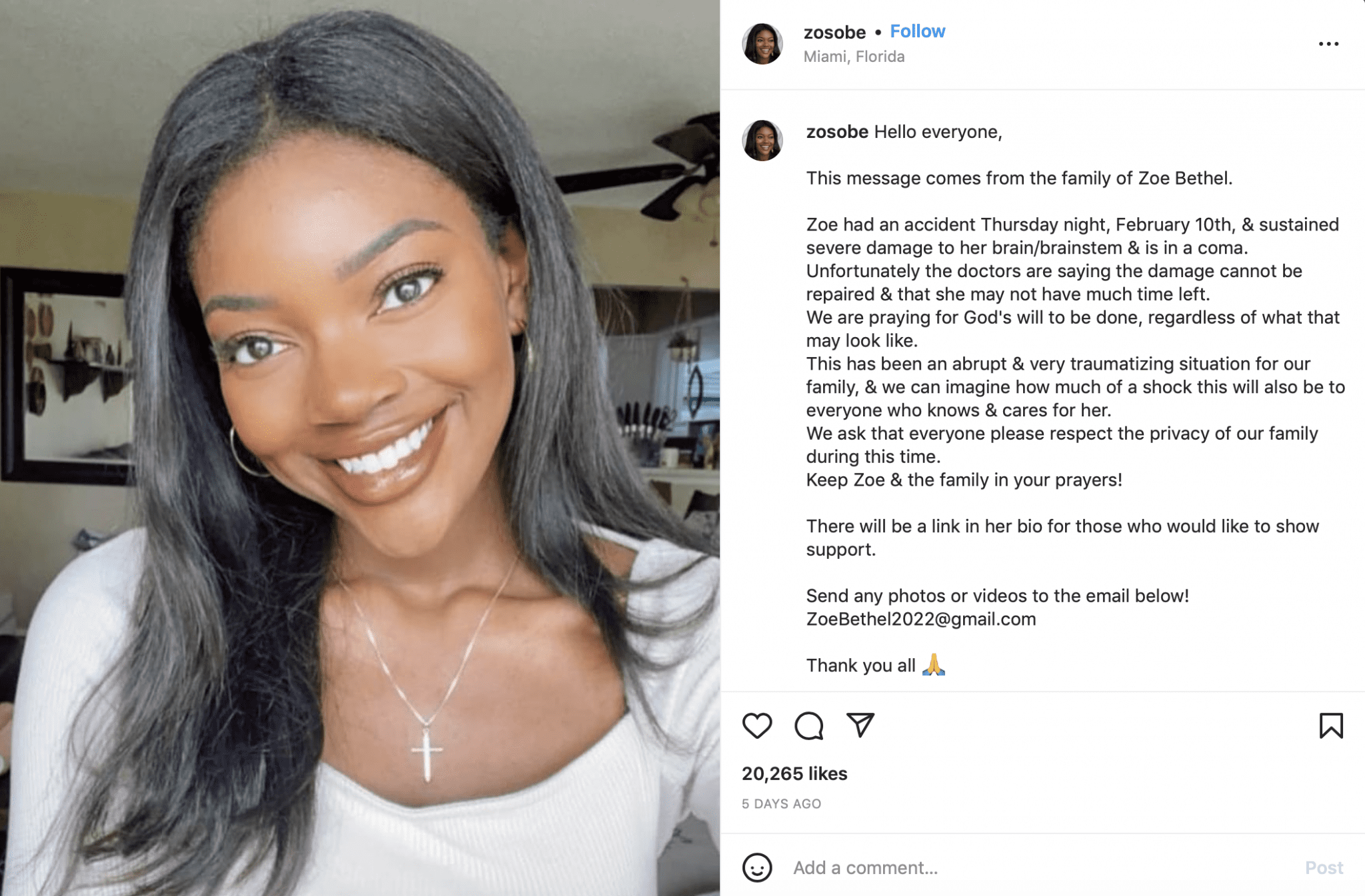 In an earlier post to Bethel’s Instagram, the family wrote, “Zoe had an accident Thursday night, February 10th, & sustained severe damage to her brain/brainstem & is in a coma.” The details of the accident have not been confirmed.

The family has created a Go Fund Me with a goal of $500,000 for Bethel’s medical and burial expenses. The campaign has currently raised over $45,000.