The Duchess of Sussex, 40, was seen cheering on her husband at the Santa Barbara Polo & Racquet Club. The match took place near their Montecito home, where they live with their two children, Archie, 3, and Lilibet, who turns one on June 4. 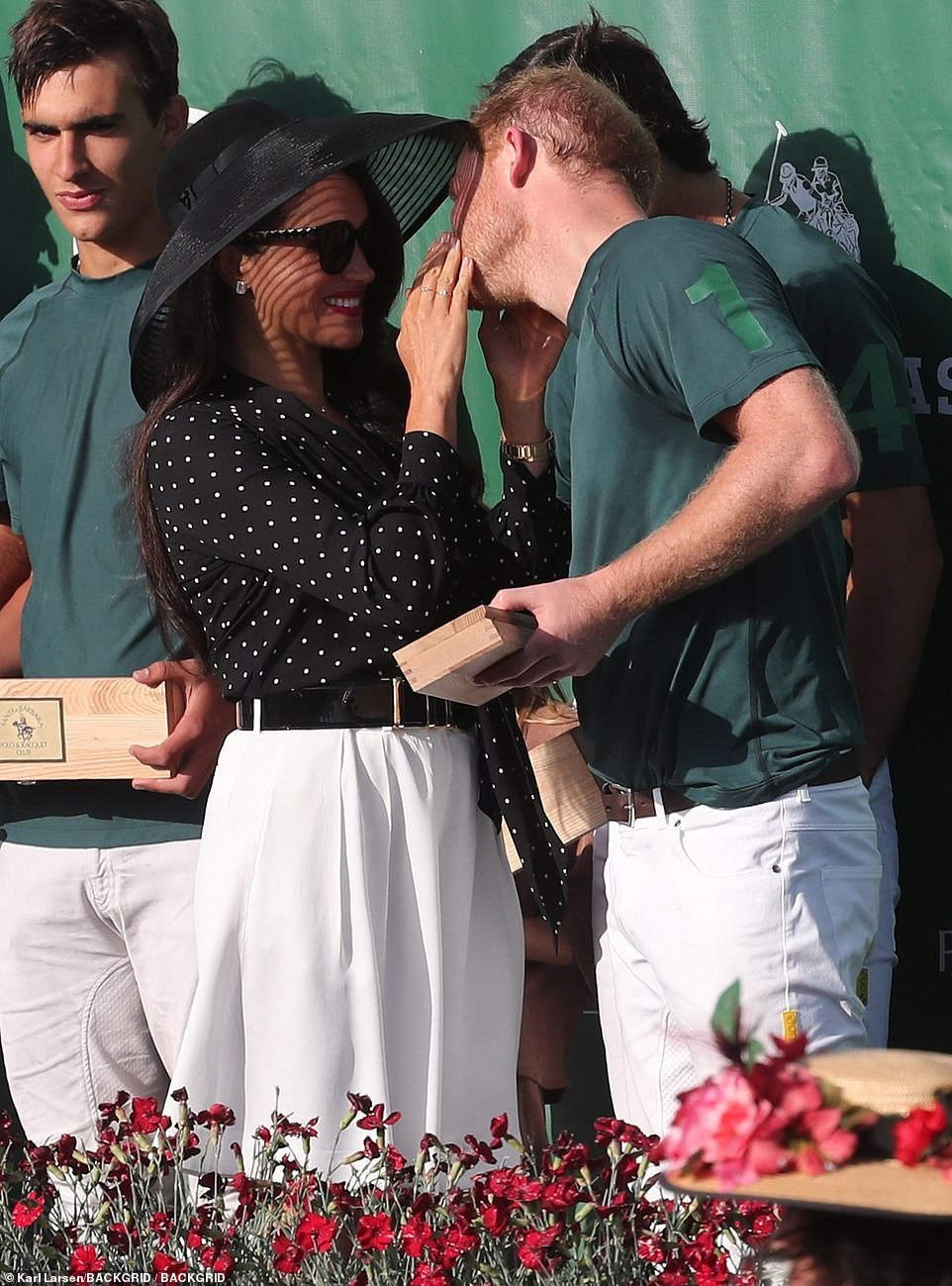 Harry, 37, recently joined the Los Padres polo team after playing with his brother William, 39, for most of his life. He and companions Nacho Figueras, Keko Magrini, and Juan Guerrero won their match against the Lisle Nixon Memorial Cup on Sunday, May 22, by a score of 14 to 10. As she joined Prince Harry at the polo, Meghan Markle went for a vintage style and shares a Kiss with her husband congratulating him on his success.

The Duchess of Sussex turns to the event wearing a black polka-dot top with long white shorts and a black wide-brimmed sun hat. The duchess accessorized her polo outfit with a large black belt and her signature initial necklaces, an “A” for the couple’s son Archie. She completed her look with black slingback shoes and sunglasses. 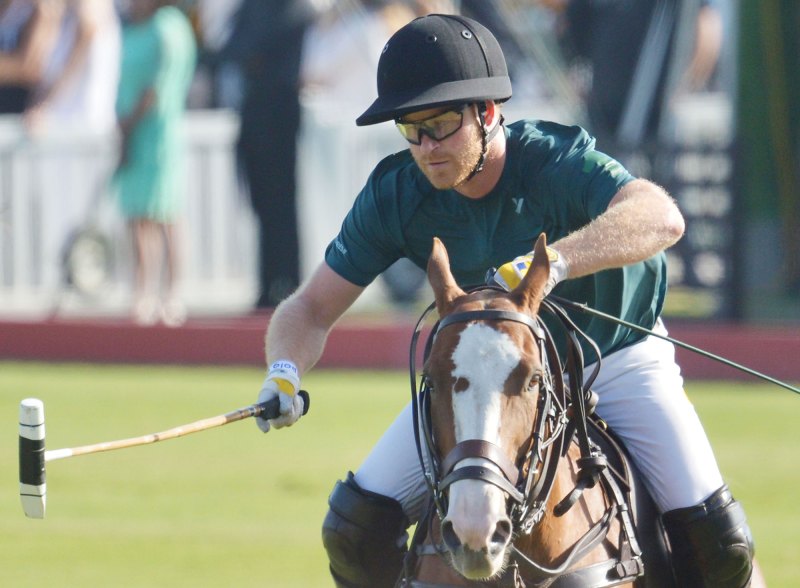 Meanwhile, Harry was dressed, wearing a green shirt and white riding pants to match his teammates. He also wore a helmet while riding a horse and helping his team to succeed on the green. 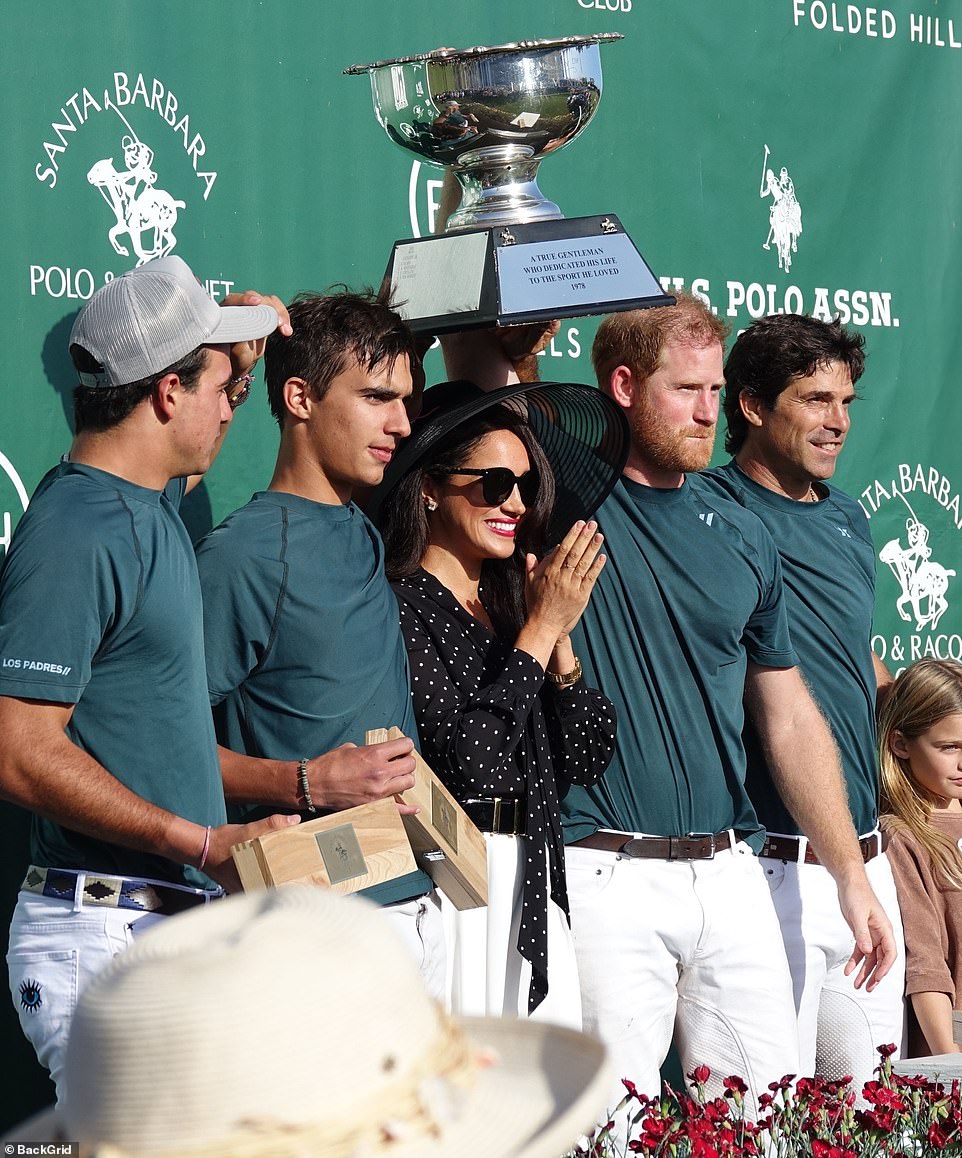 The Lisle Nixon Memorial trophy was awarded to Prince Harry’s team, Los Padres. Meghan was present to give the prize, and she kissed each team member on the cheek before kissing her husband on the mouth. She gave his lips a swift wash after noticing some of her red lipstick had peeled off.

Sunday’s public gala was attended by celebrities such as Rebel Wilson and Meghan’s actress’s close friend Abigail Spencer. In addition to the success, Harry’s polo team is creating their own clothing line in association with popular LA label James Perse to help organizations such as Heal The Ocean.