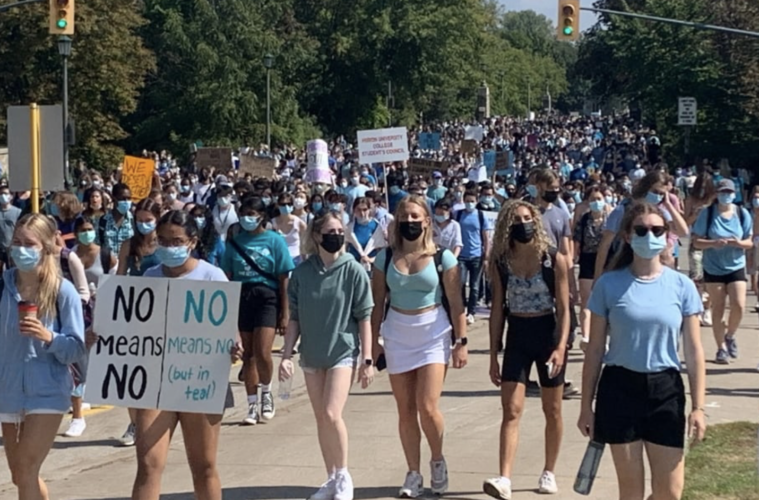 Thousands of students walked out of class to rally for institutional change and support for the school’s “culture of misogyny”.

“Academic institutions have been places where sexual violence has been carried out with shocking frequency”, said one of the female organizers. “We are hopeful that with the collaboration of the wider community, the administration’s steps will lead to a significant change in Western’s culture.”

News of the assaults first began circulating on TikTok and Twitter.

On Monday TikTok user @mandaround posted a video saying, “The situation was originally referenced to as a rumour by a residence life coordinator, in an email to Med-Syd hall residents”.

Medway-Sydenham Hall is the residence in which the assaults occurred. It’s negligent on the residence life coordinator’s part to have referred to the sexual assault claims as a rumour. Coming forward with sexual assault claims is in itself emotionally taxing. This kind of language can aid in discrediting victims as well as, discouraging them from coming forward. Additionally, this creates a false sense of safety for female residence.

Teigan Elliot bravely spoke at the rally after witnessing the alleged incidents.

“Alan Shepard [Western University President], do you know what it’s like to be unsafe? Not just feel unsafe, but be unsafe where you live? do you know what it’s like to walk past the site of the most traumatic experience of your life every day just to get to class? If your answer is no to either one of those questions, then I don’t want to hear another word from you about safety.” 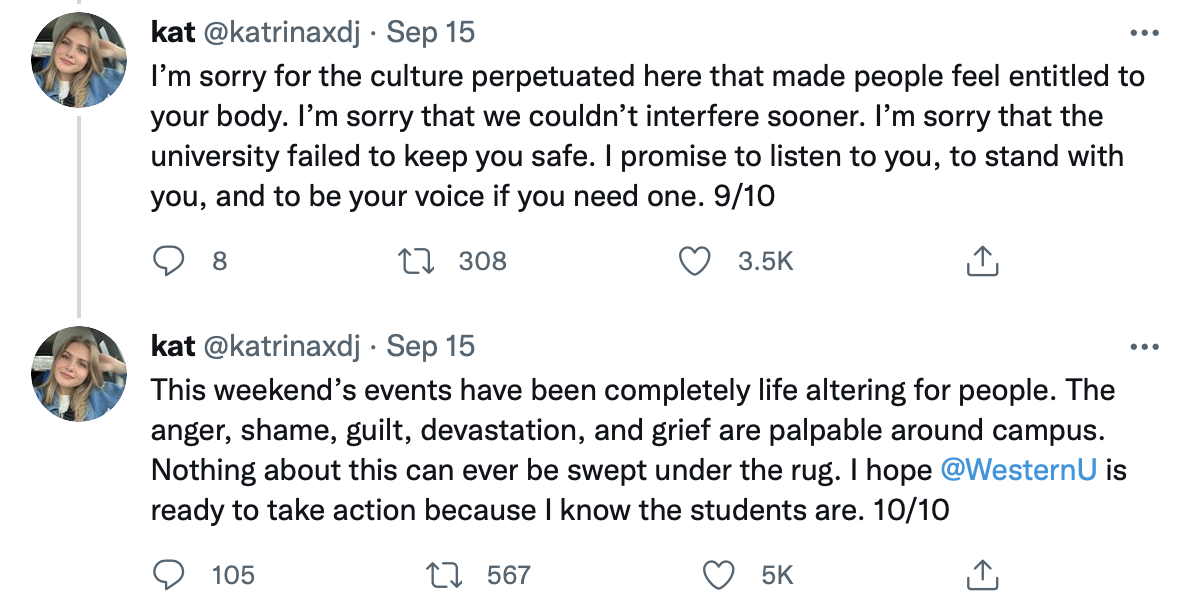 What is the University doing?

Western University president, Alan Shepard, said, “This has been a tremendously difficult time for our students and the entire Western community. We clearly have a culture problem that we need to address. We let our students and their families down”.

In response to the traumatic ordination week, Western University has formed a task force on sexual violence and student safety. Officials said that the task force will be made up of students, faculty, staff and community partners.

The school has also mandated an in-person training course on consent, sexual violence prevention and personal safety for students starting as early as Monday.

To further prevent violence, the school is also hiring more security guards. Between the hours of 7 p.m. to 3 a.m. there will be an increased patrol.

Although this is a good start more needs to be done to address rape culture at the university and at universities across Canada. Too many predators get off scot-free because victims don’t feel supported and comfortable enough to bring claims forward. It is important that universities don’t just create policies but created safe spaces where victims can come forward.