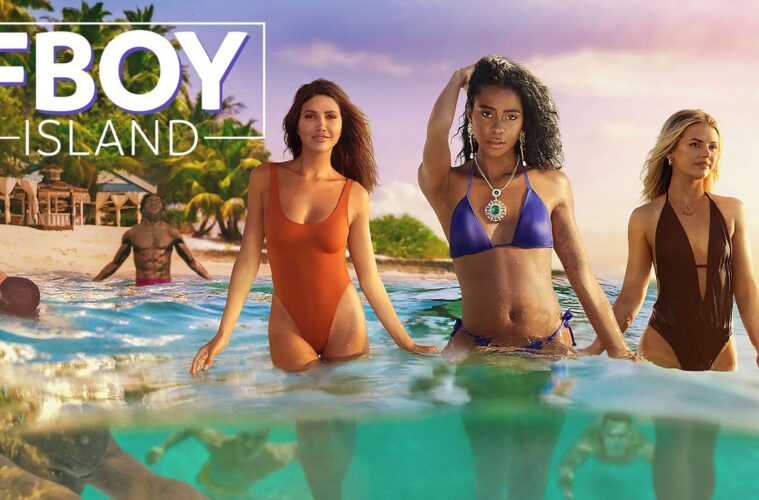 What To Wear in the Cayman Islands When Looking for Love?

What do you wear when you’re on an island with twenty-four men who are all vying for your attention? The women from HBO’s latest reality dating show, FBoy Island have got you covered. 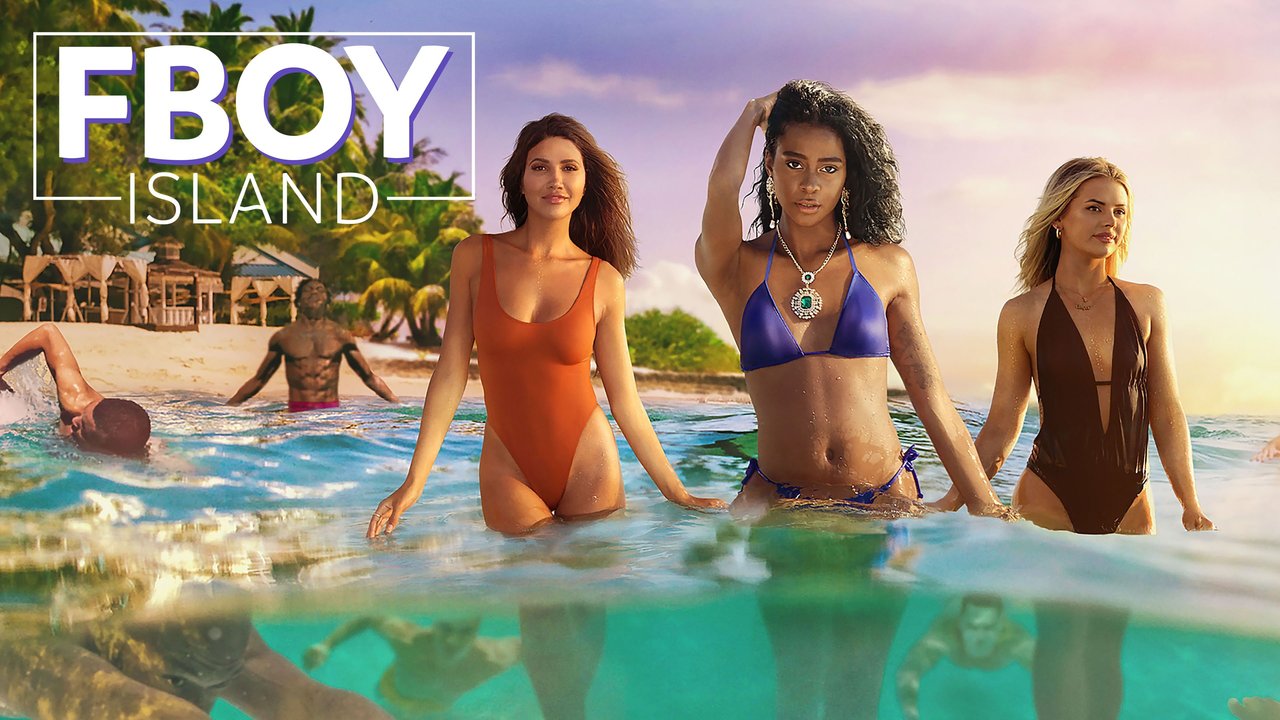 Fboy Island premiered last month on HBO Max (US) and Crave (Canada). Created by a former producer of the “Bachelor”, this new reality dating show received praises from reality TV fans for its refreshing and realistic take on the dating game. Basically, three beautiful women who are looking for love are put on an island with twenty-four, gorgeous men. However, the twist is that half of the men are self-proclaimed f–k boys who are only in for the money. Now, if you’re unfamiliar with the term, the urban dictionary defines f–k boys as “a boy who is a player and only in a relationship for sex.” Pretty rough, huh? But don’t worry, half of the men are considered as nice guys too and the women have to sift through all of them to figure out if they’re falling in love for real or are being played.

The Fboy Island in question was in the Cayman Islands, and the luxurious beach provided a hotter setting for an already hot show. The three women–CJ Franco, Nakia Renee, and Sarah Emig–did not only provide charm and wit, but they also provided looks! So what exactly do you wear in the islands when you’re looking for love? 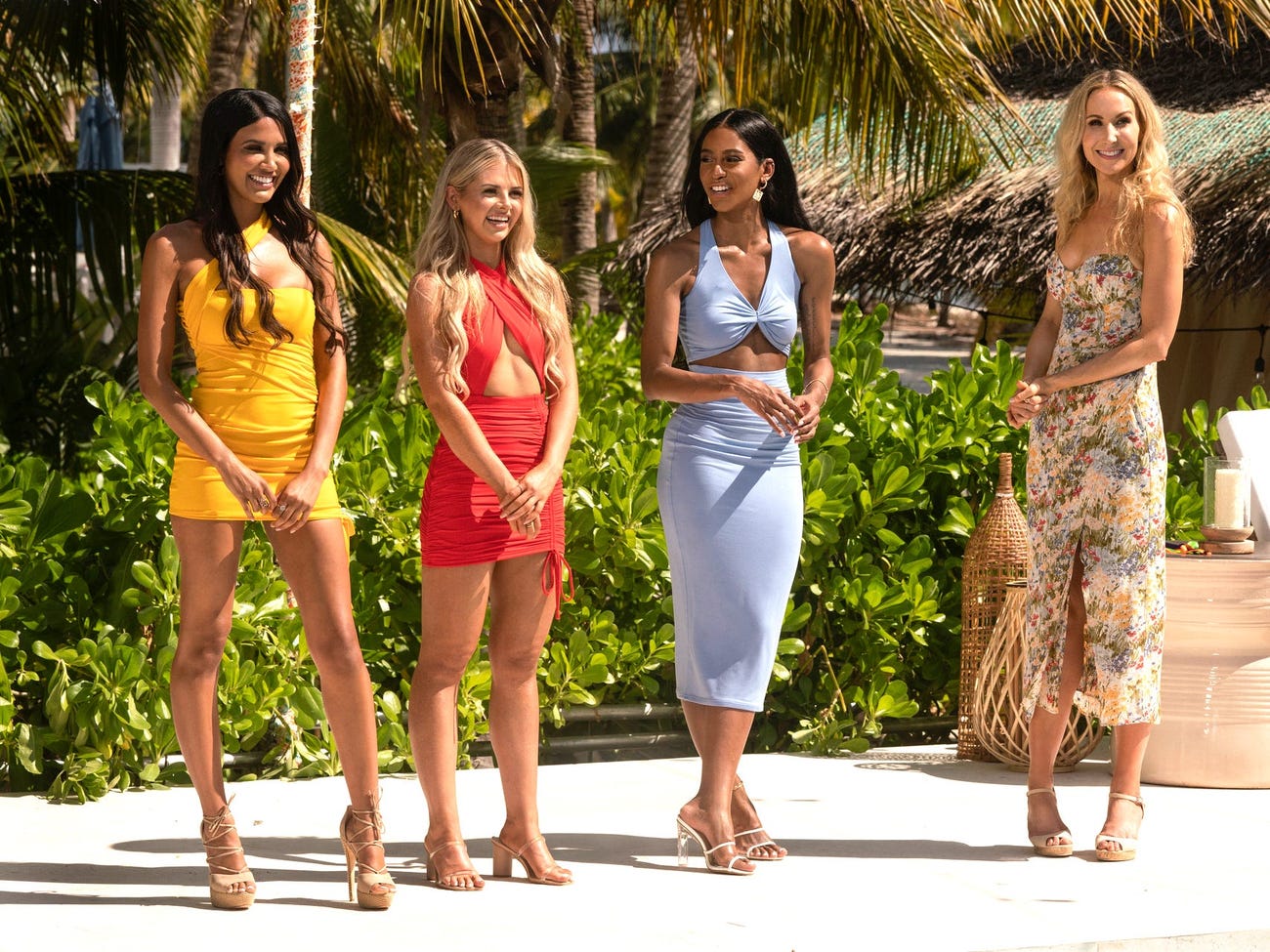 The ladies of the show sported a lot of stunning dresses throughout the 10 episodes but what stood out to me the most is Nakia Renee’s lilac two-piece midi dress. The body-hugging, pastel look proved to swoon the boys over as Renee struts in front of them aided with a hair-flip. You can get dresses that look similar to hers in here, and here.

In one of the elimination scenes, CJ Franco wears a bright yellow, strapless corset dress from House of CB. Paired with a bright pink lip, this look will absolutely catch anyone’s eye.

What’s a summer vacation on an island, without bikinis? The girls donned several bikinis throughout the show and most of them have a (strategic) cut-out silhouette. May it be a sexy cut-out one-piece like this one worn by CJ, or a simple bikini top with a cleavage cut-out like this, similar to what Sarah wore. Either way, those little peek-a-boo moments will surely keep the boys on their toes. 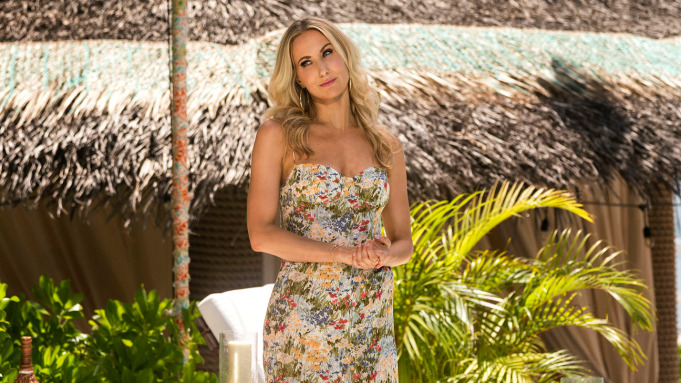 The show’s host, Nikki Glaser can’t be overlooked in the show’s fashion game too. Nikki wore several linen flowy dresses that are perfect for a beach getaway. Similar designs can be found on the Reformation site, here.

Now that we’ve settled on what to wear for girls, maybe we can now touch on what NOT to wear as a guy. There’s really nothing that could go wrong when it comes to picking a beach outfit, but classic f-boy mock necks are totally not it (I’m looking at you, OG Jared) and an unbuttoned shirt with cuffed sleeves is just as unforgivable, but hey! To each their own.

Whether you’re looking for love in the city or on an island, what you wear will always come second– knowing when to catch an f-boy is obviously the priority. Learn from CJ, Nakia, and Sarah by streaming all 10 episodes on Crave.ca or HBO Max.