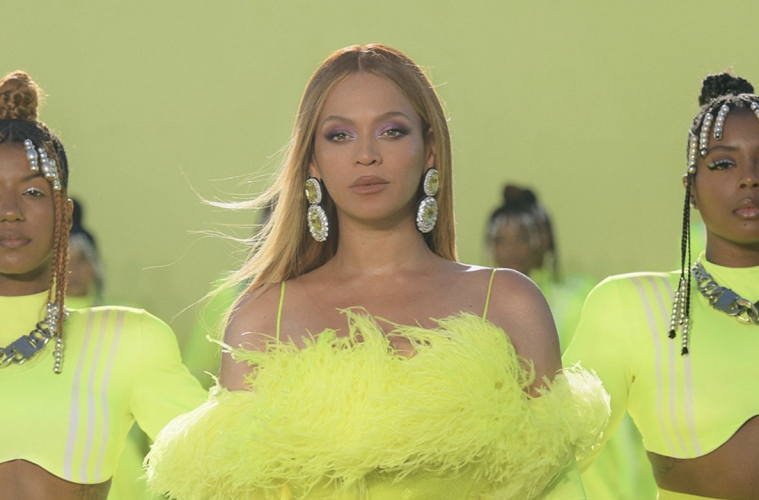 Beyoncé Pays Tribute to the Williams Sisters With an Epic Oscars Performance. 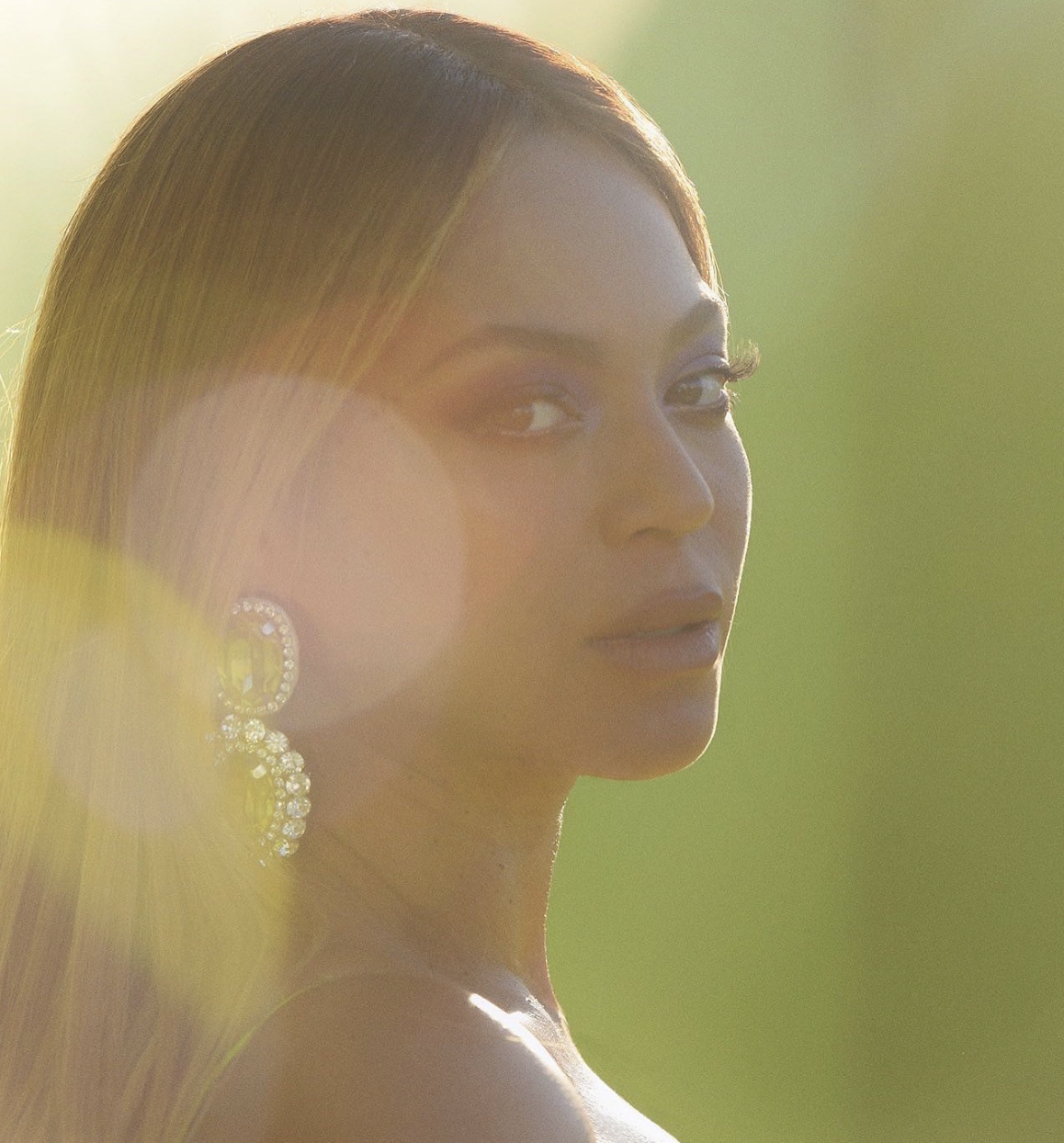 The Oscar-nominated singer opened the show with a dramatic performance of King Richard‘s “Be Alive” which was was recorded in Compton, California, where Serena and Venus Williams perfected their tennis skills.

The 2022 Oscars started with a bang this year. This year’s Oscars skipped the standard host monologue, and gave music legend, Beyoncé, free rein to perform her nominated song, “Be Alive” from King Richard, the Reinaldo Marcus Green directed biopic of Venus and Serena Williams.

Beyoncé pulled out all the stops for her first award show set in five years. Instead of taking to the stage at the Hollywood & Highland venue, Beyoncé, along with Blue Ivy and dancers, took over the Williams’ hometown court in Compton for an immersive performance. This is the court where the Williams sisters were coached by their father as young girls decades ago. 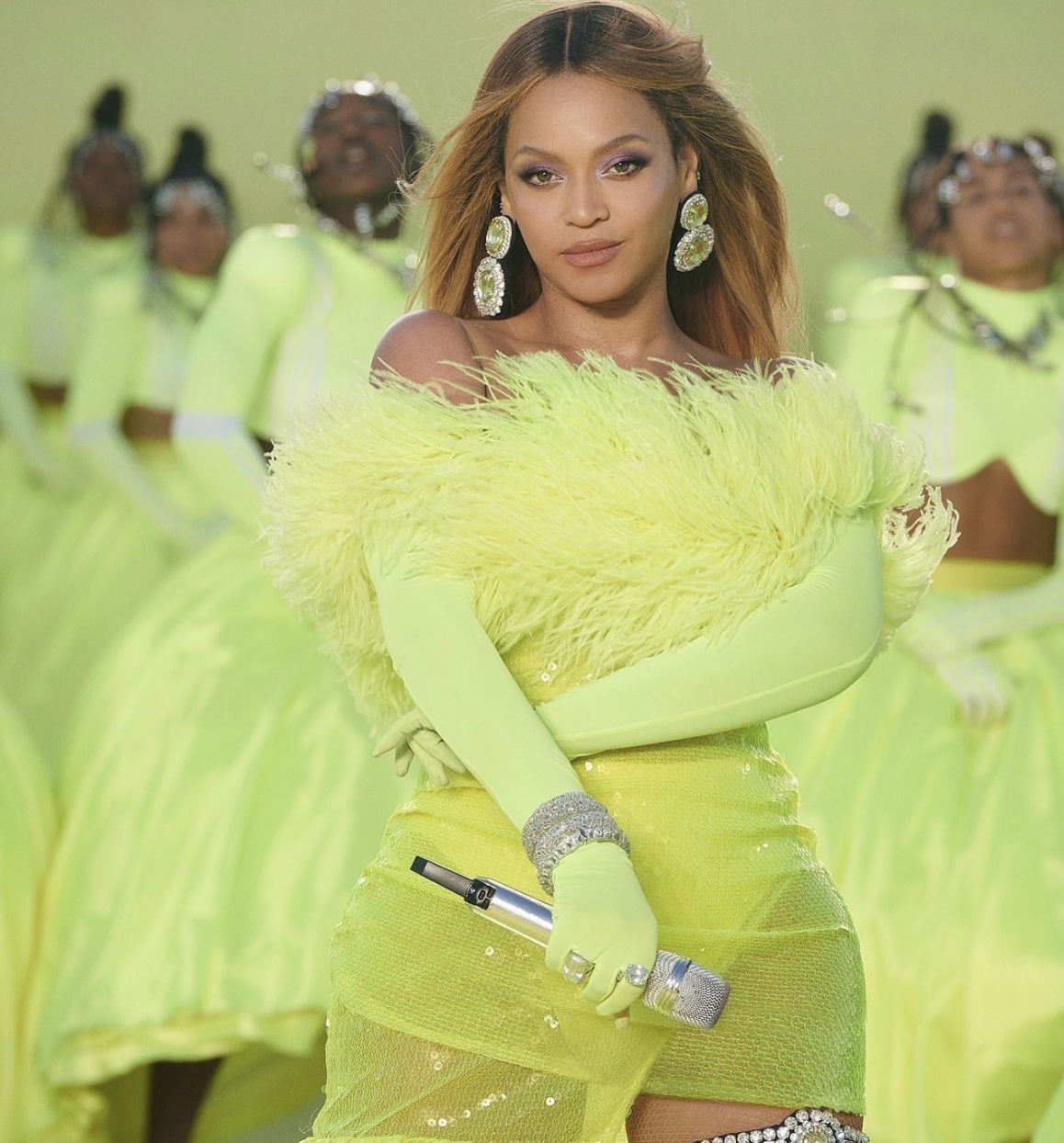 The performance began with a shot of young women making their way to the tennis court. Beyoncé and her backup singers and musicians were all decked out in head-to-toe lime green with white stripes in what seemed to be a nod to the Williams’ sisters’ sport. Even the violins and music stands were colour-coordinated! Beyoncé wore a vibrant neon yellow (tennis ball yellow) mini gown with glamorous feather trimming and a diamond-encrusted garter bracelet, matching gloves, and a shimmery beauty look.

Many of the performers with Beyoncé sported braided hairstyles with beads, which were styles for which the Williams sisters were criticized early in their tennis careers.

Not only did she sample Tupac Shakur’s “California Love” for a moment at the beginning of her song, but the orchestra does a bit from Dr. Dre and Snoop Dogg’s ​”Nuthin’ but a ‘G’ Thang” immediately afterward.

Beyoncé’s performance, like usual, was jaw-dropping and powerful. She did an amazing job paying tribute to Venus and Serena Williams and if you have missed the performance, you need to watch it now!