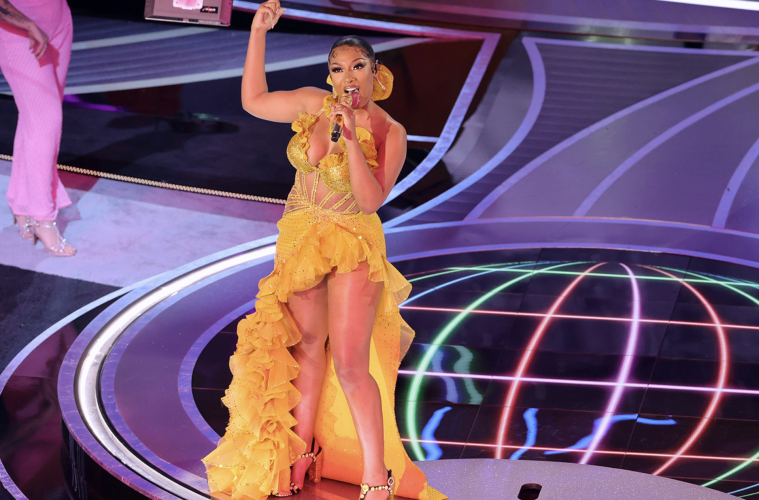 Megan Thee Stallion joins ‘We Don’t Talk About Bruno’ Oscars Performance with a surprise rap verse. The Grammy award winner stepped into the Disney universe with a verse that featured shout-outs to the A-listers present at the 2022 Academy Awards ceremony.

Disney’s Encanto took center stage at the 94th annual Academy Awards — but not without their special surprise guest. The animated film’s hit song “We Don’t Talk About Bruno” was performed at the ceremony despite not being eligible for an Oscar nomination.

Bruno (John Leguizamo) introduced his Encanto “family” to the stage and they all sang the top-streamed Disney song. Carolina Gaintán started the song alongside Mauro Castillo before Encanto stars — Stephanie Beatriz, Adassa, Diane Guerrero and Rhenzy Feliz — joined in.

In one of the night’s biggest surprises (but not the most surprising), Grammy winner Megan Thee Stallion added her own rap verse to the Disney hit song, including lines that were relevant to the 2022 Oscars ceremony and some of the stars in attendance. She name-checked Euphoria star with the line: “Stars everywhere, I need to see Oscars, Zendaya over there.” 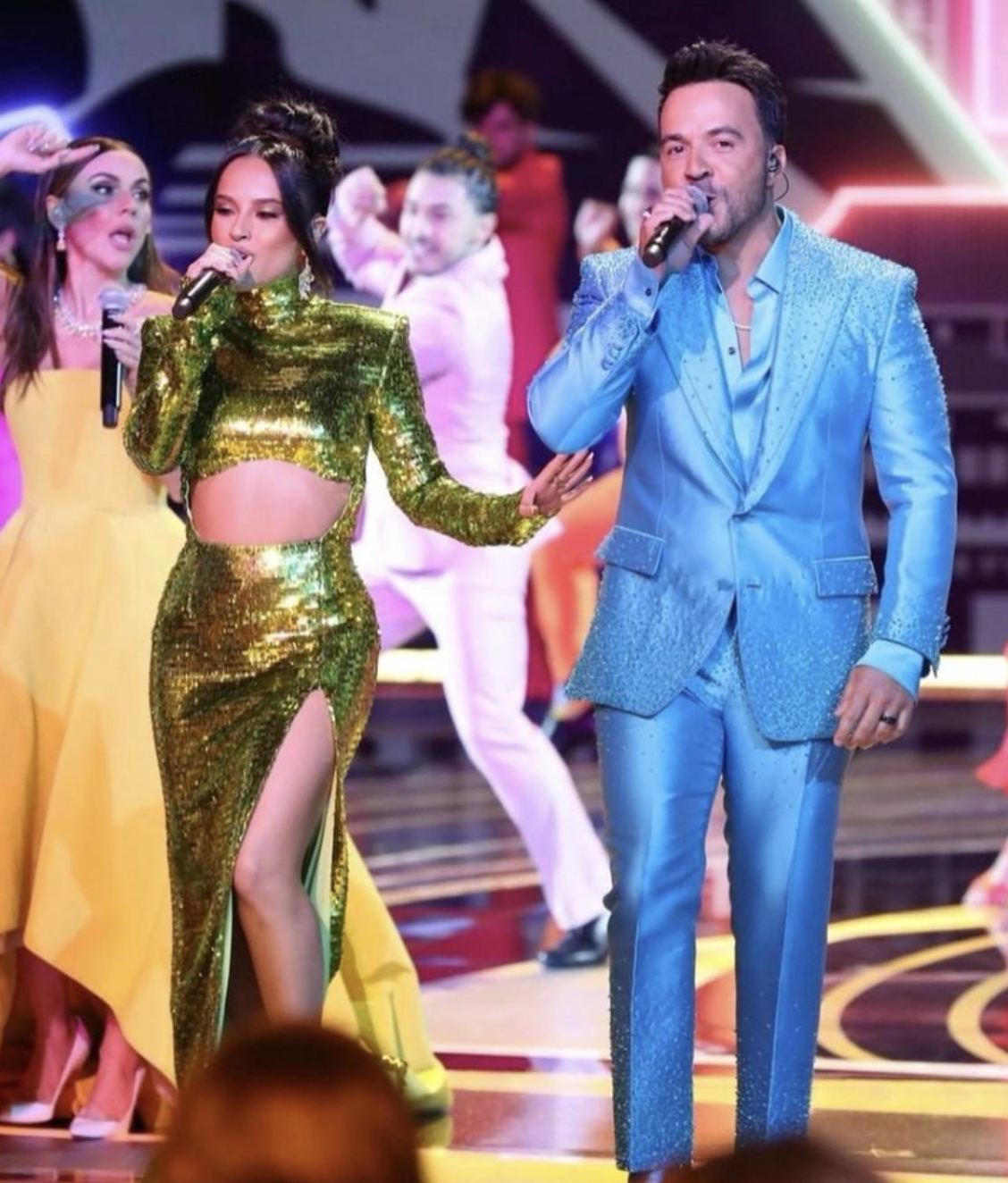 The stage behind Megan began opening up and musicians and stars Becky G and Luis Fonsi suddenly appeared onstage surrounded by a bevy of dancers in multicoloured outfits, as they offered up their own altered lyrics of the song’s opening verse. Adding their own flare to the “We Don’t Talk About Bruno” performance, singing about Hollywood’s biggest night. The lyrics eventually transformed to “We’re here to celebrate Oscar” as a play on the song’s title.

Before making it to the Oscars, “We Don’t Talk About Bruno” was already a huge hit, making history early this year. Topping the Billboard Top 100 for five consecutive weeks, “Bruno” became the second song from a Disney film to ever top the chart, and the first time in 29 years that soundtrack and the corresponding song topped both the Hot 100 and the Billboard 200 since Whitney Houston’s “I Will Always Love You”.

Make sure to watch this special performance!