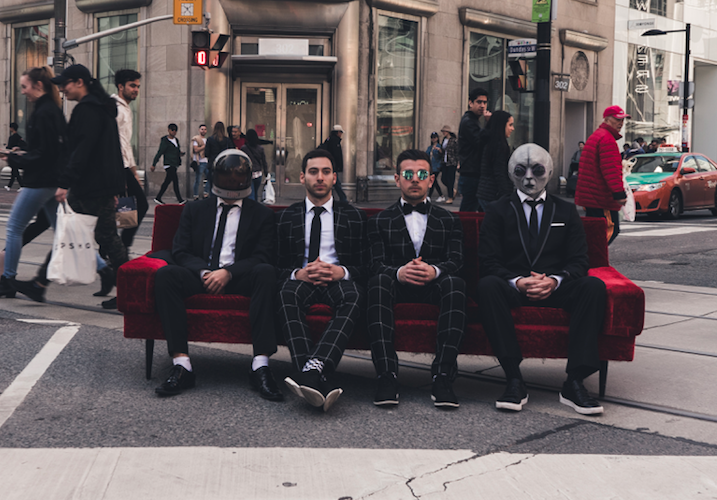 Characterized by their signature suits and refined sound, Crash Adams is the duo you’re probably going to add onto your Spotify favourites this upcoming year.

Rafaele Massarelli a.k.a Crash and Vince Sasso a.k.a Adams, both began making music in 2016, and had ears for the finer music in life — growing up with influences like Michael Jackson, Led Zeppelin, even 50 cent.

How did it all start?

“I kept writing and producing at my Uncle’s recording studio, and Vince became really good at guitar. We’re making great music — that’s really the most important thing for us. We started making songs together, and ever since, we continued under the name Crash Adams.”

The two Toronto-based artists officially formed the band in January early this year. Having been formed not too long ago, they’re already making waves in the Canadian Music Scene, having gained over 1.2 million views on their music videos, and being featured on “Indie All Stars” as well as “New Music Fridays” on Spotify Canada.

With a refined modern yet classic vibe, the duo spent the last year and half curating their sound. With each song, they reveal a new chapter in their story.

Crash Adams is set to release new music this January, and is releasing an EP later in 2020 — they’ll be putting out new music leading up to it.

For the latest in fashion, lifestyle, and culture — keep up with us on Instagram @HOLRMagazine.