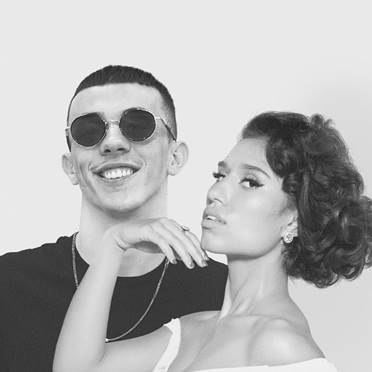 Regard and RAYE have dropped the official video for their latest single ‘Secrets’. Created in lockdown, the official video for ‘Secrets’ has drawn comparisons to neo-noir cult classic Drive, with a mysterious masked crusader skilfully navigating the late-night city streets by motorbike. The video is also a sequel to that of previous single ‘Ride It’, taking the audience further into this dark, moonlit world.

A certified smash, the original has amassed 40 million streams combined since its April release, has been playlisted across Capital FM, Radio 1, Kiss FM. The track peaked at Top 5 on the Shazam Chart in Canada and is now 2x Platinum.

Kosovan DJ and producer Regard garnered global attention with his debut single ‘Ride It’ – a rework of hip-hop star Jay Sean’s track of the same name – which became an international hit, taking the internet and Tik Tok by storm, achieving over ten Top 10 single chart placements globally, including #2 in the UK where it is now certified platinum. To date, the track has amassed 700 million combined streams across Spotify and Apple Music, 3.5 million worldwide sales, and topped the international streaming and Shazam charts.

Since the success of ‘Ride It’, Regard has gone onto remix world-famous pop star Dua Lipa’s single ‘Don’t Start Now’, and supported Sigala on his 2019-2020 tour, with his own tour dates to be announced soon.

South London based singer-songwriter RAYE has notched up over 1 billion streams and has a double Platinum, Gold and two Silver singles under her belt. She gained international recognition from her feature on Jax Jones’ hit ‘You Don’t Know Me’ which amassed over 456 million Spotify streams, and has since been releasing chart-topping music with artists such as Jess Glynne, Mr. Eazi, Martin Solveig and most recently David Guetta on their collaborative track ‘Stay’.

Composed of gripping, slick shots, the official video for ‘Secrets’ provides a perfect visual accompaniment for the retro-sounding track.