Taylor Swift Is Making Her Debut as a Feature Director

Taylor Swift is all set to direct a Searchlight Pictures feature film based on a script she wrote herself. 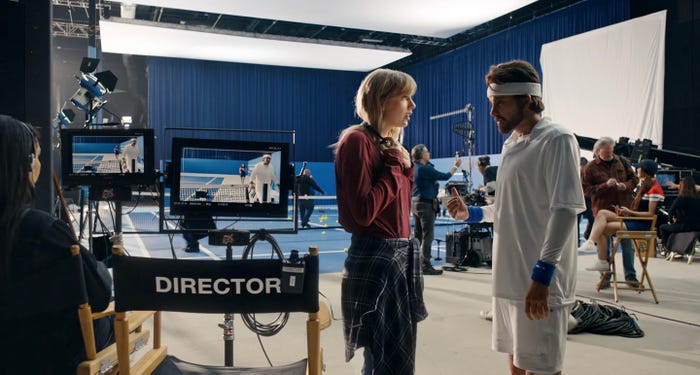 Taylor Swift has already dominated the pop music industry, so it seems right that she would shift her focus to the film industry. It was recently reported that Swift will be making her scripting and feature-length directing debuts for Searchlight Pictures.

The presidents of Searchlight, David Greenbaum and Matthew Greenfield, said in a statement that “Taylor is a once-in-a-generation artist and storyteller.  It is a genuine joy and privilege to collaborate with her as she embarks on this exciting and new creative journey.”

There isn’t much more to say about the plot since the film’s specifics are kept under wraps and are based on a script by Swift. Swift has directed numerous of her music videos, including the “All Too Well” short film with Sadie Sink and Dylan O’Brien a year ago. This won’t be her first time.

Swift recently earned recognition and accolades for directing her own music videos as well as the 13-minute short film, which was based on the 10-minute version of her well-known song “All Too Well” and was included in the re-released album Red (Taylor’s Version).

Swift also won the best director at the 2022 MTV VMAs for the short film, making her the only solo artist to win the award twice – she previously won for her work on the music video “The Man.”