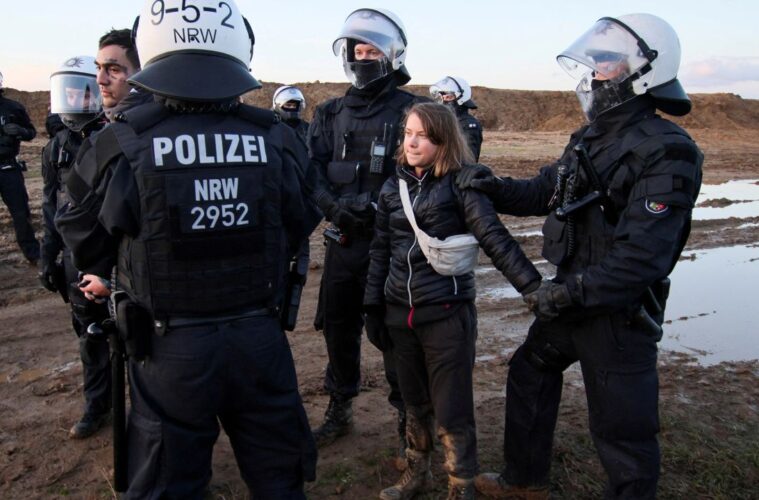 Swedish environmental activist Greta Thunberg has been removed from a coal mine protest in Lützerath by German police alongside other protesters.

Reuters reported Riot police held Greta Thunberg on Tuesday, January 17, 2023, during the protests against demolishing the now-uninhabited coal village of Lützerath in western Germany; however, she will be released later in the day with her fellow activists, according to the Aachen police stating “There is no reason to hold them for days. It might take hours or they will go immediately.” The spokesperson for regional police in Aachen also explained to Reuters, “Greta Thunberg was part of a group of activists who rushed towards the ledge. However, she was then stopped and carried by us with this group out of the immediate danger area to establish their identity.” 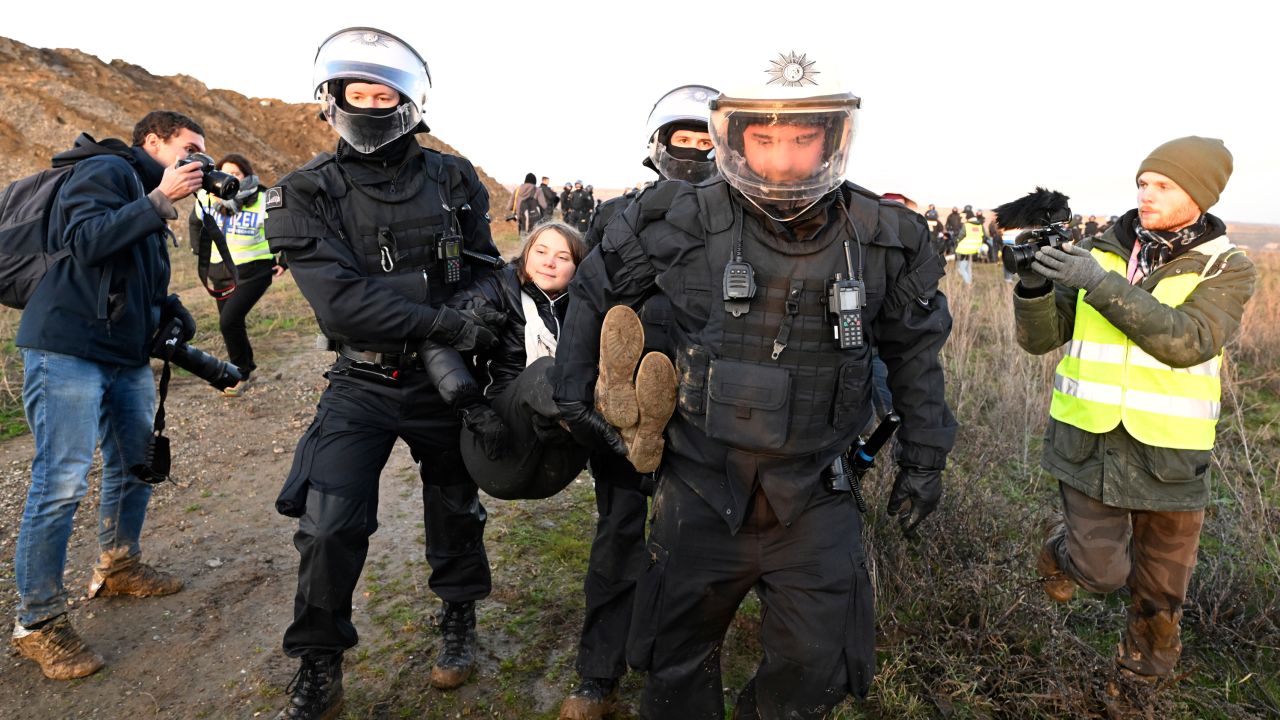 Greta Thunberg & fellow advocates have been occupying the site to resist the agreement between European energy giant ‘RWE’ and the government, which permits the expansion of coal mines, including Lignite, the most polluting type of coal/fossil fuel, after clearing the village in the western state of North Rhine-Westphalia. 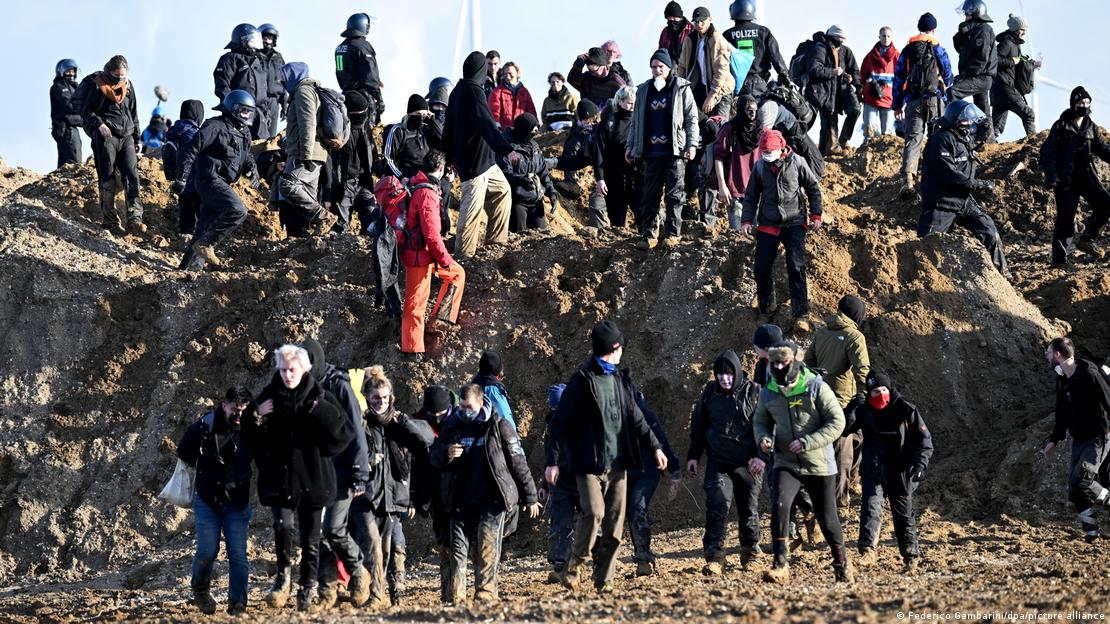