Julia Fox seems to be the woman of the hour: currently dating Kanye West, the actress has been spotted by paparazzi wherever she goes. But, most recently, Julia seems to have caught everyone’s attention by addressing rumours concerning a romance with Drake. Keep reading to find out everything we know about the Julia X Drake affair.

Julia Fox is a 32-year-old Italian/American actress, mostly known for her debut performance in the 2019 movie “Uncut Gems”. The beauty has lately been in the spotlight – but not exclusively due to her recent romance with Kim Kardashian‘s ex-husband, rapper Kanye West. During the recording of the latest episode of the “Forbidden Fruits” podcast, on January 4th, Julia admitted having spent some time together with Toronto singer Drake.

Regarding the ongoing rumours concerning a presumed romance between the actress and the Canadian rapper, the actress claimed that they spent a little while “hanging out” but things didn’t work out. In Julia’s words in the podcast, “he’s a great guy and a gentleman… and that was it. Nothing really happened, we were just, like, friends”. She added, “I wouldn’t say that we were dating”. Considering that Kanye West and Drake used to be some sort of rivals in the past, Julia affirms having told her current boyfriend about her brief affair with Drake. According to Julia, she felt like the two rappers had squashed their issues, but “obviously, when I first started speaking to Ye, I told him immediately – I think on the first day, before it went any further – because I’m just an honest person”.

A “secret romance” between Julia and Drake was previously reported to have happened only one year prior to her relationship with Ye. Sources state that Drake would have reached out to Julia through social media after watching the actress playing that 2019 movie which made her famous. Allegedly, Julia would have stayed at the rapper’s mansion in Toronto right before the Covid-19 pandemic hit. Moreover, during their time together, the Canadian singer would have gifted his sweetheart with 2 – very expensive – Hermès Birkin bags. 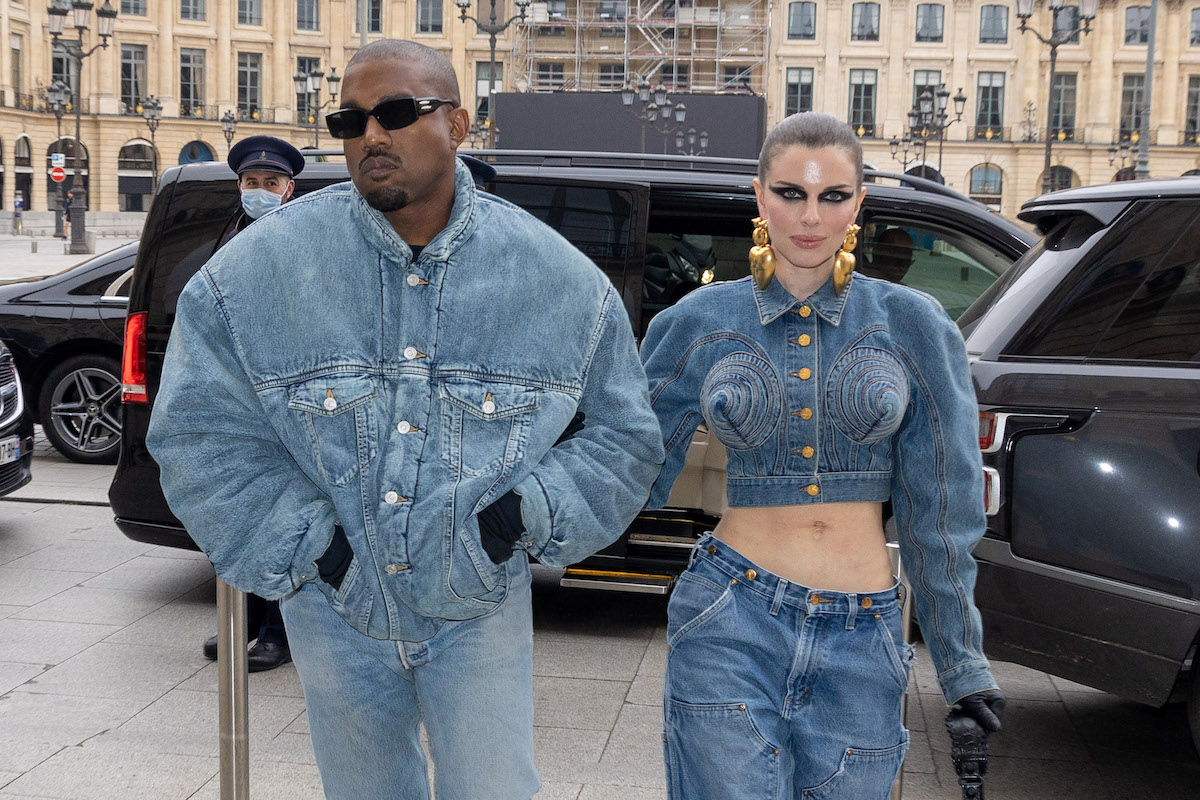 For her 32nd birthday earlier this month on February 2nd, Julia’s beau gifted her and her girlfriends with baby Birkin bags. A few people speculate that Julia’s romance with Ye could be just a cover-up, to which she responded during an earlier edition of her podcast. The actress said that “people are like, ‘Oh, you’re only in it for the fame, you’re in for the clout, you’re in it for the money’. And it’s like, ‘Honey, I dated billionaires my entire adult life. Let’s keep it real'”. According to Julia, she had an “instant connection” with Kanye after they met at a New Year’s Eve party in Miami.