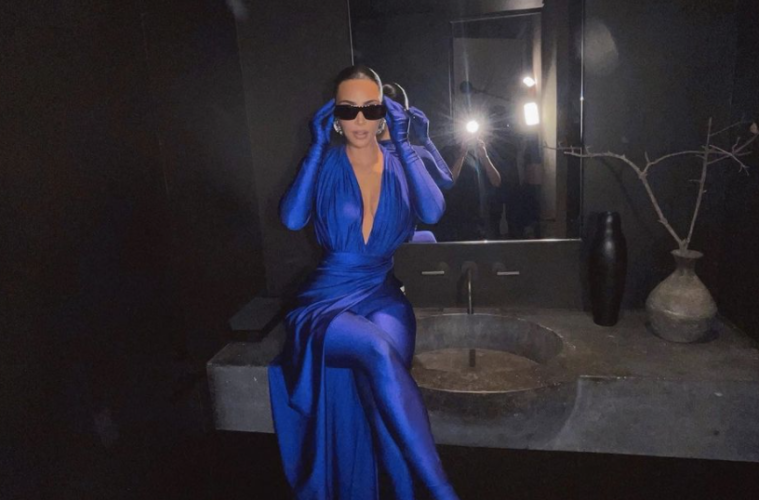 Kim Kardashian passes the baby bar bringing her one step closer to the courtroom! 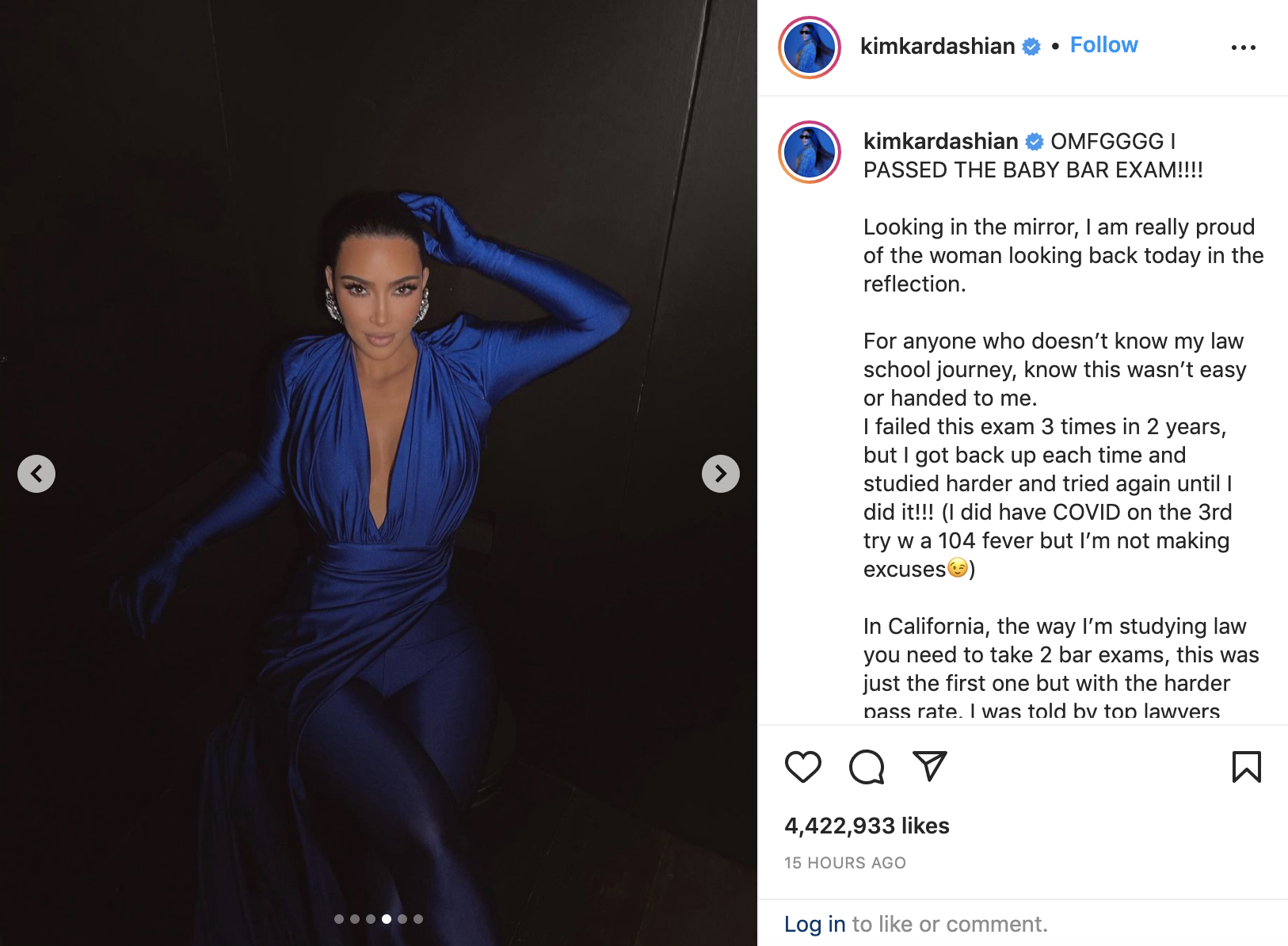 Kim Kardashian announced via Instagram on Monday that she has passed one of two bar exams.

The entrepreneur/reality star passed California’s First-Year Law Students’ Exam more commonly known as the baby bar. This brings Kardashian one step closer to being a practicing attorney in the state of California. In order to gain lawyer status, she will have to pass a second exam.

This was Kim’s fourth attempt. The Skim’s founder said she was suffering from COVID-19 during her previous attempt at the exam.

“Looking in the mirror, I am really proud of the woman looking back today in the reflection,” Kardashian wrote on Instagram. “For anyone who doesn’t know my law school journey, know this wasn’t easy or handed to me. I failed this exam 3 times in 2 years, but I got back up each time and studied harder and tried again until I did it!!! (I did have COVID on the 3rd try [with] a 104 fever, but I’m not making excuses.)” 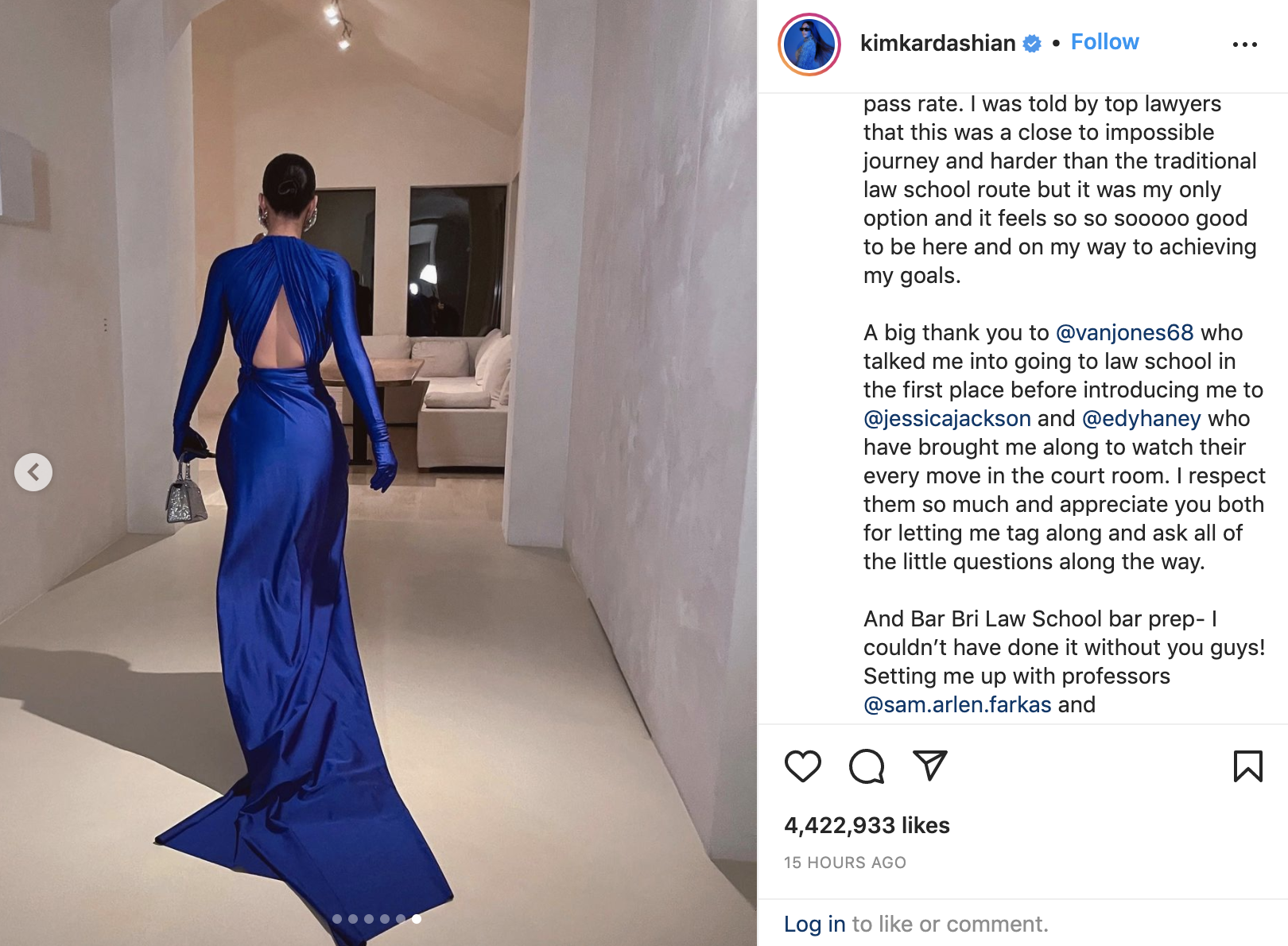 “I know my dad would be so proud and he would actually be so shocked to know that this is my path now but he would have been my best study partner.” 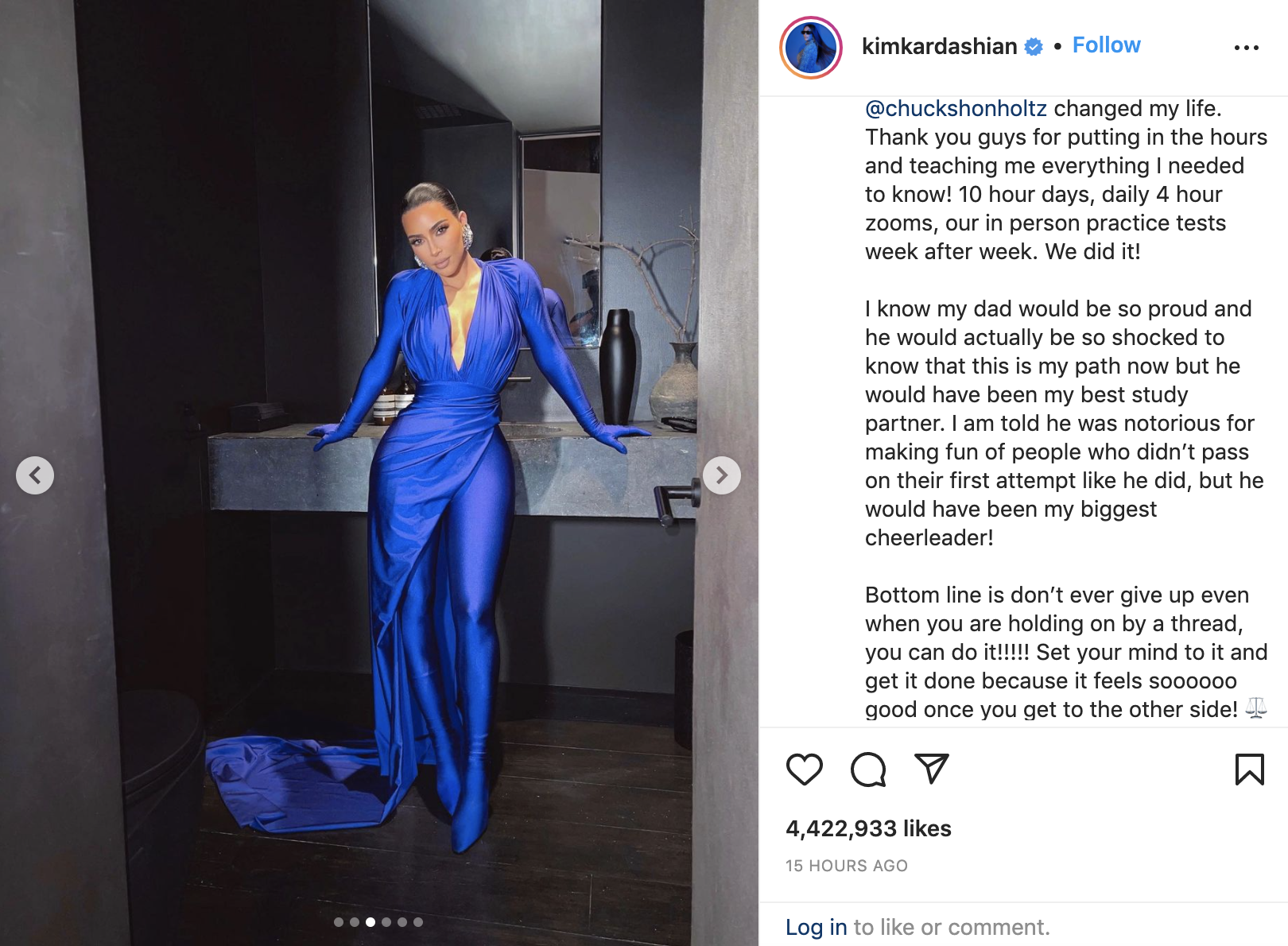 Kim Kardashian recently won the People’s Choice Award for Fashion Icon of 2021 and didn’t let anyone forget it as she posed for her announcement post. She wore a striking blue Balenciaga dress reminiscent of her iconic Met Gala look.

Kardashian serves as an inspiration to young girls everywhere and closed her post by writing, “Don’t ever give up, even when you are holding on by a thread, you can do it”.