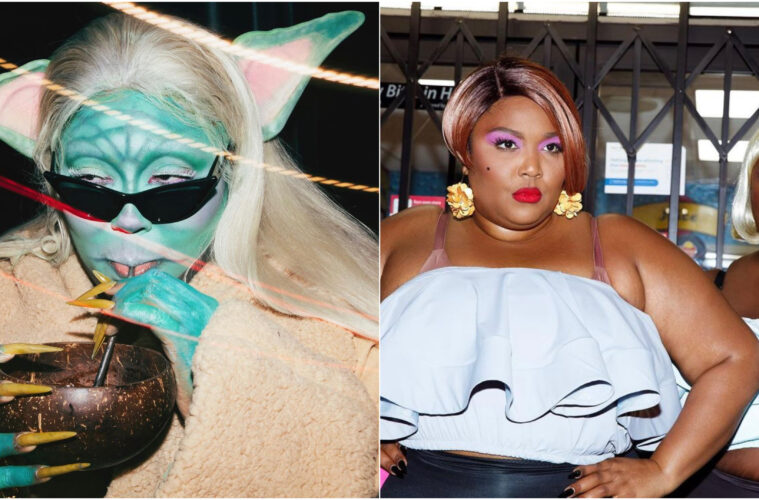 Lizzo went all out this Halloween with costumes from popular TV shows and an iconic Met Gala look. 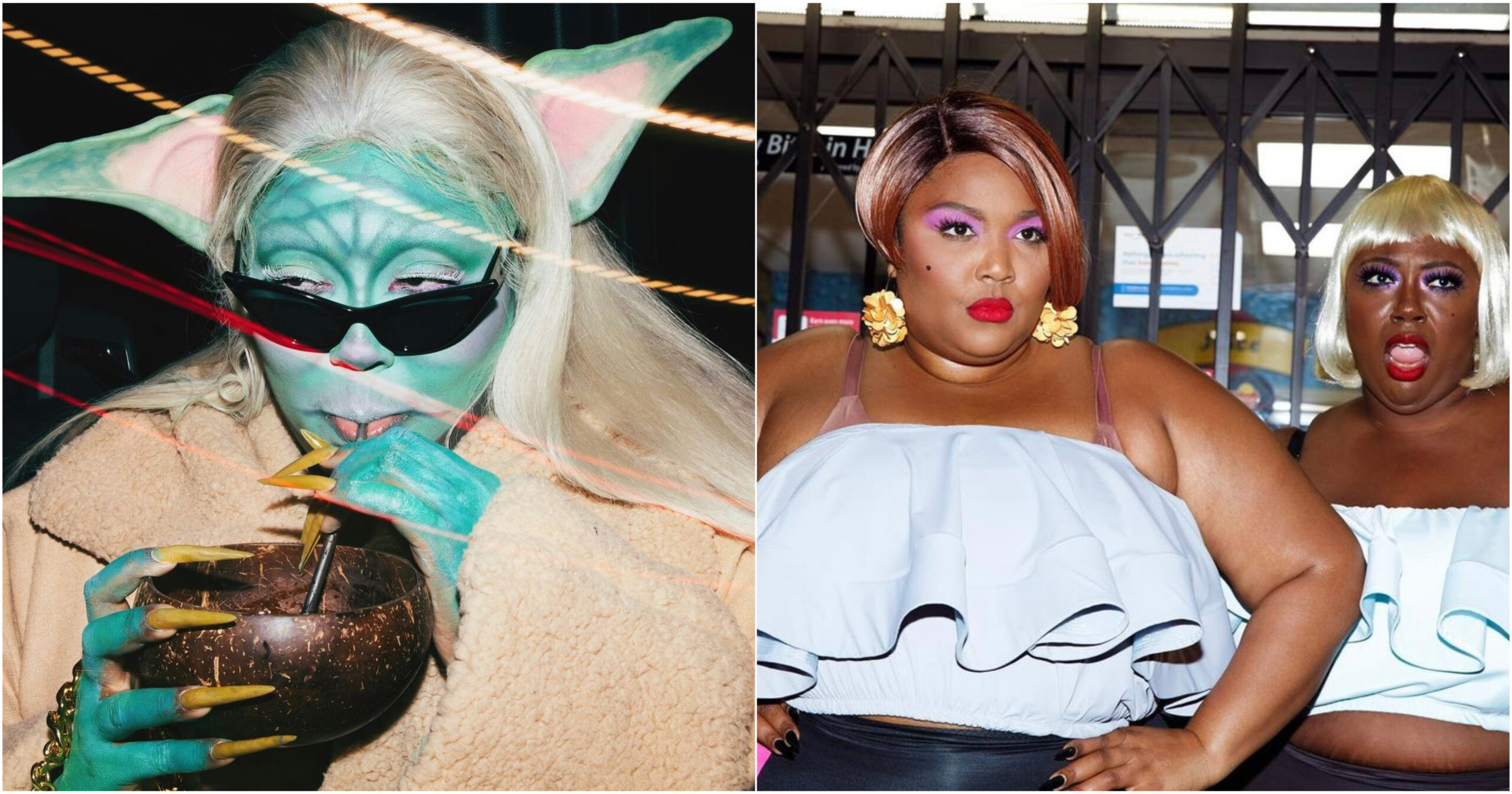 We have already rounded up our favourite celebrity costumes this year (you can read it here), but Lizzo certainly deserves her own article. How could she not? The singer dressed up not only in one but four Halloween costumes this year that were all so impressive that I just couldn’t let it go. The “Rumors” singer is known for having a good laugh on Halloween. Who could forget her last year’s costume as the fly on Mike Pence’s head? Or the year before when she dressed up as a DNA test to prove that she is one-hundred percent THAT B—h? This year, she went all out with four costumes that had us rolling with laughter! 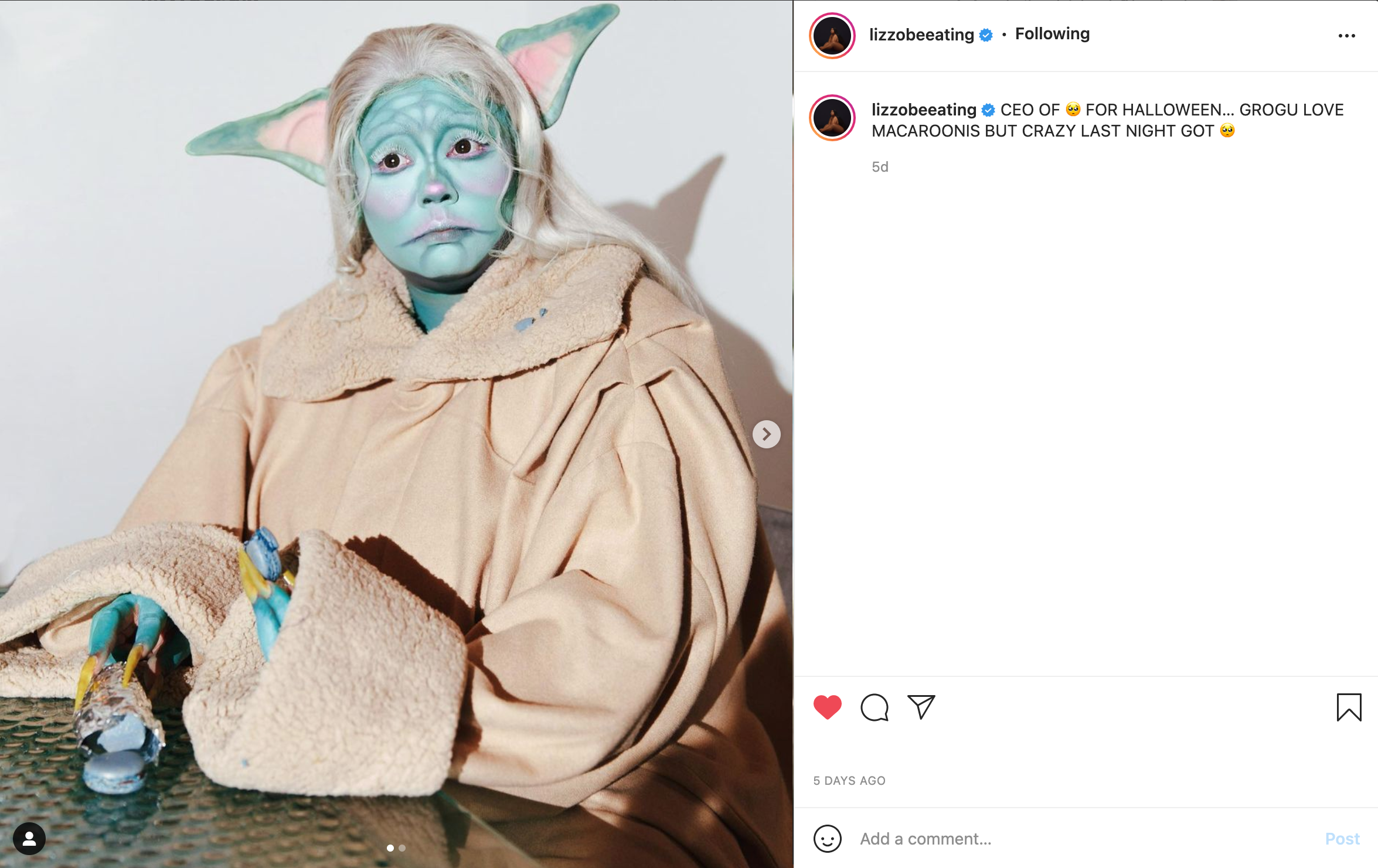 On the actual day of Halloween, Lizzo dressed up as Mandalorian’s Baby Yoda who is also commonly known as Grogu. Complete with a green face and body paint, prosthetic ears, and a trench coat, the singer took this opportunity to roam the streets of Hollywood. “Grogu Takes Hollywood” she captions in one of her Instagram posts showing her night as the beloved character. People took pictures of her drinking and smoking undisclosed substances which she of course which claims as “events that never happened *Jedi hand waves*”

As expected, Squid Games costumes are the most popular ones this year. While most people probably went for the 067 player costume, Lizzo dressed up as the equally popular character in the show: the red light/green light doll from the first episode. The singer wore the costume at a concert while dancing to Michael Jackson’s Thriller. She even had her backup dancers dressed as the Squid Games guards! 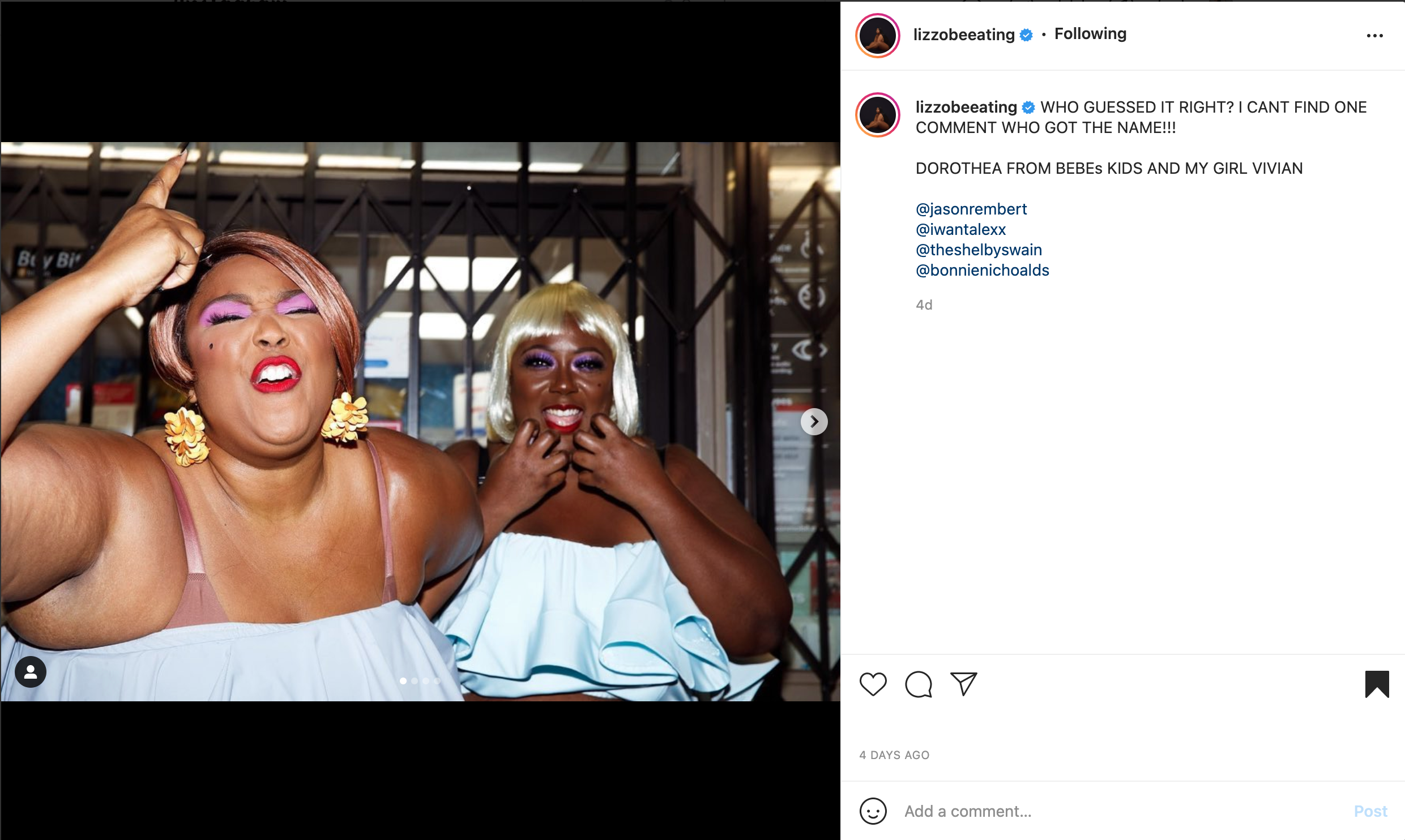 Lizzo dressed up as the animated movie character Dorothea from Bebe’s Kids. To make it even more effective, her friend and social media influencer, Lexo dressed up as Vivian. 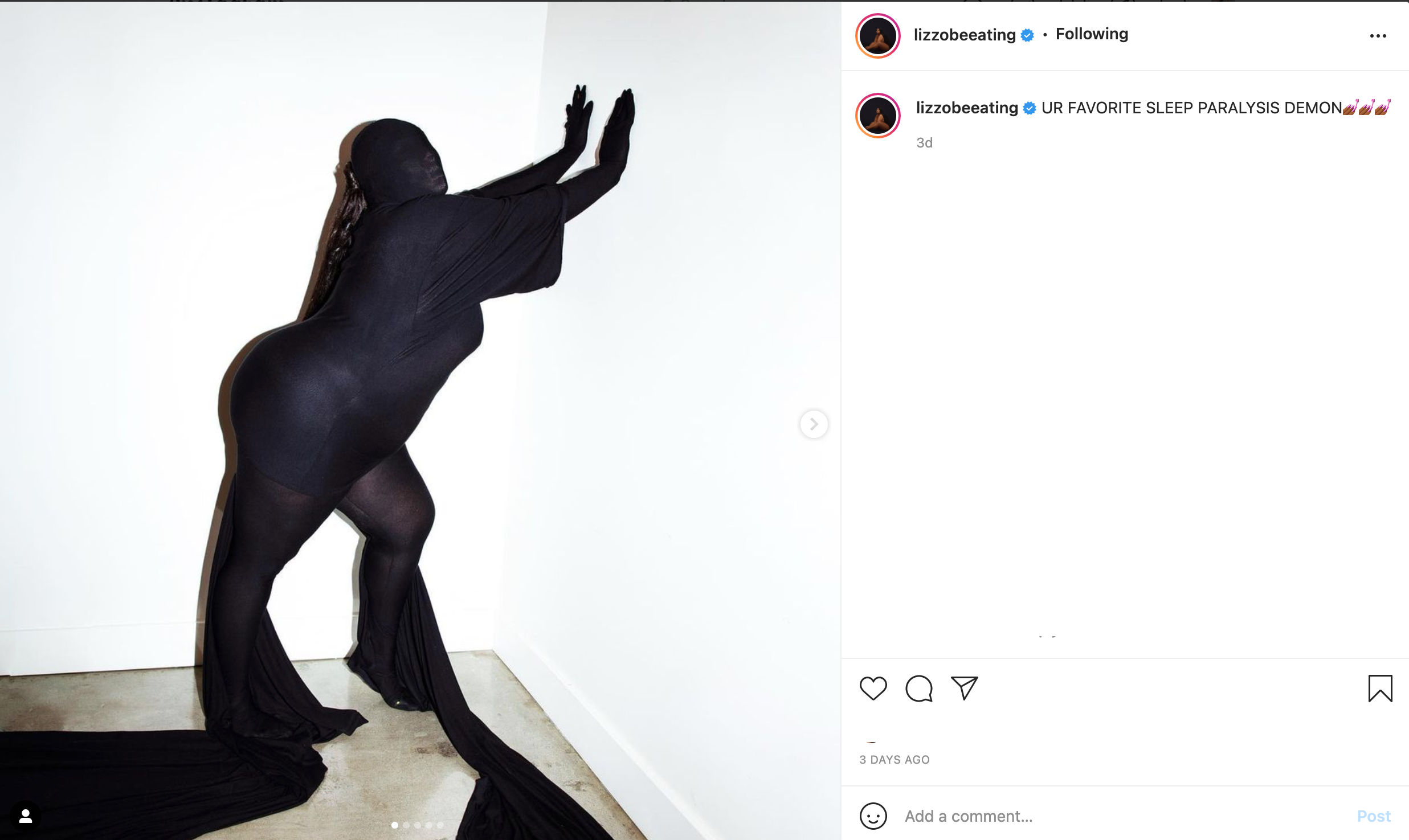 Lastly, as if three costumes were not enough, the songwriter graced us with another iconic costume in the form of Kim Kardashian’s Balenciaga couture look from last fall’s Met Gala (which by the way, we totally called it in our Celebrities-to-be Halloween costume list). Lizzo’s outfit is not the real Balenciaga gown but it looks just as good and equally terrifying. She even gave us a snippet of what it’s like to wear the all-black outfit. I have to warn you though, for some reason, the video gave me more nightmares than my own sleep paralysis demon. There’s something about the eye holes that were just… spooky for me.

After four amazing Halloween costumes, I just can’t imagine what next year will be like for Lizzo. I can only hope it will be just as fun, if not more.