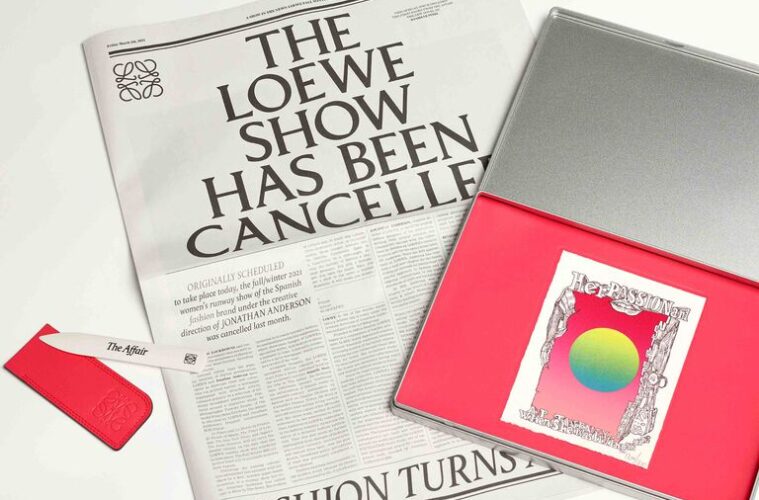 Opening the fashion show in a completely different medium, J.W Anderson’s collection opens with the raddling and printing of a newspaper, a newspaper full of the women’s fall-winter 21 collection.

Jonathan Anderson, creative director and founder of LOEWE starts the runway with a walkthrough of the thought process behind this collection. Showing the headline of the newspaper, ‘THE LOEWE SHOW HAS BEEN CANCELLED’ gives insight as to what the fashion/runway climate is dealing with right now.

Anderson states he wanted to take this idea as the backdrop to the collection and give it a narrative. Alongside the newspaper the brand took it a step further and created a timecapsel, containing a print on leather, a letter opener, and of course the newspaper. This idea is so fitting for the times that fashion is in right now, as fashion week and runways have thrived on in-person shows.

Although the show has not been cancelled, Anderson continued on to explain some of the pieces worked on throughout this season, showcasing many ideas around embossed leather, including the big reveal of the Goya bag.

Anderson and his team put together a show that corresponds well to its idea, the idea of prints, between the embossed leather and the prints throughout the garments, each piece represented a different era of fashion, and how it has influenced the person wanting to wear each piece.